Home Headlines Thomson Reuters keeps outlook, but wary of slowing economy
Our website publishes news, press releases, opinion and advertorials on various financial organizations, products and services which are commissioned from various Companies, Organizations, PR agencies, Bloggers etc. These commissioned articles are commercial in nature. This is not to be considered as financial advice and should be considered only for information purposes. It does not reflect the views or opinion of our website and is not to be considered an endorsement or a recommendation. We cannot guarantee the accuracy or applicability of any information provided with respect to your individual or personal circumstances. Please seek Professional advice from a qualified professional before making any financial decisions. We link to various third-party websites, affiliate sales networks, and to our advertising partners websites. When you view or click on certain links available on our articles, our partners may compensate us for displaying the content to you or make a purchase or fill a form. This will not incur any additional charges to you. To make things simpler for you to identity or distinguish advertised or sponsored articles or links, you may consider all articles or links hosted on our site as a commercial article placement. We will not be responsible for any loss you may suffer as a result of any omission or inaccuracy on the website.
Headlines 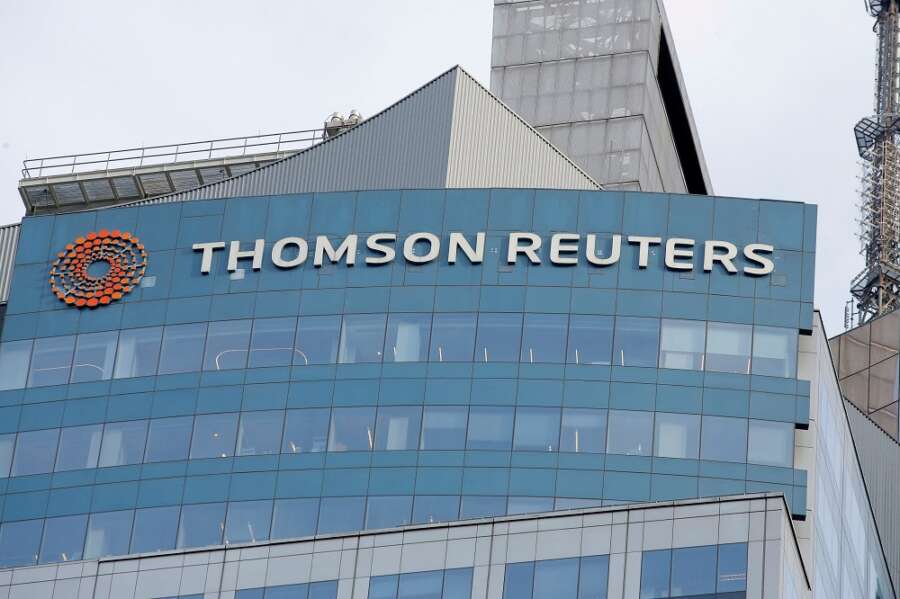 By Nick Zieminski and Kenneth Li

NEW YORK (Reuters) -Thomson Reuters Corp kept its financial guidance for this year and next after a forecast-beating rise in third-quarter earnings on Tuesday, but warned any worsening of the economic outlook could impact its ability to meet targets.

The news and information company said its three biggest divisions – legal, tax and accounting, and corporates – had held up well to economic challenges so far, helped by a large proportion of long-term contracts in all three.

“Our results and our outlook speak to the resilience of our business,” Chief Executive Steve Hasker said in an interview, calling Thomson Reuters products essential and not discretionary spending for clients.

But looking into next year, he said the company was monitoring cost-related inflation – labor in particular – and said technology vendors had demanded “significant” price increases.

Shares fell about 2% in morning New York and Toronto trading.

“Thomson delivered another good quarter, with solid organic growth and improved profitability,” Edward Jones industrials analyst Matt Arnold said in a note. “We like the relative stability of demand for its core products. However, we believe these positives are fairly reflected in the shares.”

Thomson Reuters, which owns the Westlaw legal database and the Checkpoint tax and accounting service, made $1.57 billion in quarterly sales, up 3%, slightly below expectations of $1.59 billion. Adjusted earnings per share came in at 57 cents, 7 cents ahead of estimates.

The company still sees sales growing 5.5% to 6% next year. But it noted 2023 margins were trending towards the lower end of the 39%-40% guidance range amid heightened inflation and investments.

“The cost of labor is going up, and it’s a very big part of our cost base,” Hasker said.

Reuters News makes about half its revenue from supplying Refinitiv, a data company spun off from Thomson Reuters and now owned by the London Stock Exchange Group (LSE). Thomson Reuters holds a minority stake in the LSE, worth about $6.3 billion as of Friday, which it will begin selling in tranches next year.

Hasker said valuations on potential acquisition targets were down 25% from their peak, calling these businesses – especially in the company’s big three market segments – more reasonably priced. Thomson Reuters will be “quite a bit more aggressive in the next few quarters in looking at acquisitions,” he said.

The company will have an estimated $12 billion of capital capacity between now and 2025 for deals, and will be able to continue the 10% annual dividend increase, chief financial officer Mike Eastwood said.

Elon Musk, who runs four other companies, will now be Twitter CEO