Home Headlines Russia says ‘no need’ to use nuclear weapons in Ukraine
Editorial & Advertiser disclosure
Our website publishes news, press releases, opinion and advertorials on various financial organizations, products and services which are commissioned from various Companies, Organizations, PR agencies, Bloggers etc. These commissioned articles are commercial in nature. This is not to be considered as financial advice and should be considered only for information purposes. It does not reflect the views or opinion of our website and is not to be considered an endorsement or a recommendation. We cannot guarantee the accuracy or applicability of any information provided with respect to your individual or personal circumstances. Please seek Professional advice from a qualified professional before making any financial decisions. We link to various third-party websites, affiliate sales networks, and to our advertising partners websites. When you view or click on certain links available on our articles, our partners may compensate us for displaying the content to you or make a purchase or fill a form. This will not incur any additional charges to you. To make things simpler for you to identity or distinguish advertised or sponsored articles or links, you may consider all articles or links hosted on our site as a commercial article placement. We will not be responsible for any loss you may suffer as a result of any omission or inaccuracy on the website.
Headlines

Russia says ‘no need’ to use nuclear weapons in Ukraine 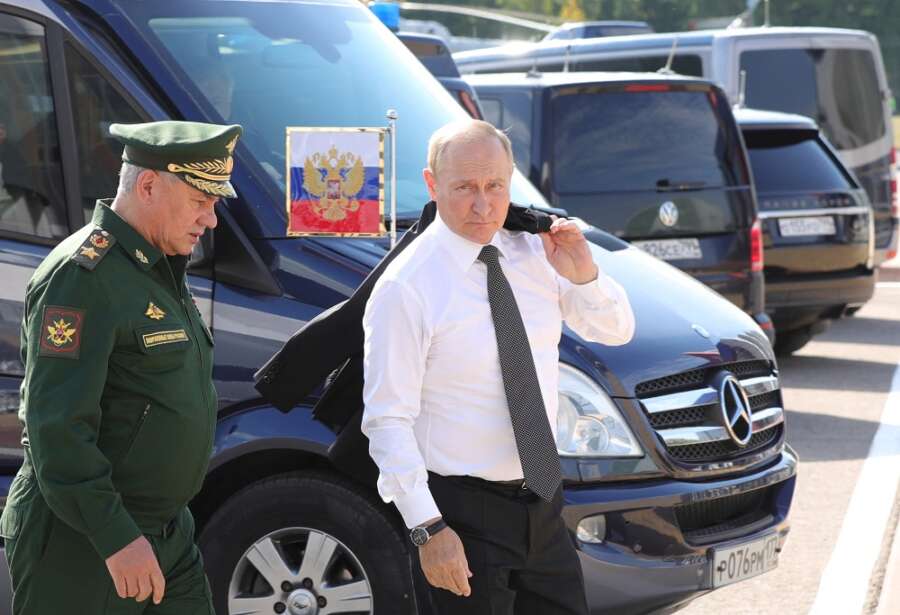 MOSCOW (Reuters) – Russia has “no need” to use nuclear weapons in Ukraine, its defence minister said on Tuesday, describing media speculation that Moscow might deploy nuclear or chemical weapons in the conflict as “absolute lies”.

“From a military point of view, there is no need to use nuclear weapons in Ukraine to achieve the set goals. The main purpose of Russian nuclear weapons is to deter a nuclear attack,” Sergei Shoigu said during a speech at an international security conference in Moscow.

“The media are spreading speculation about the alleged use of Russian tactical nuclear weapons in the course of the special military operation, or about the readiness to use chemical weapons. All these informational attacks are absolute lies.”

Shoigu also alleged Ukrainian military operations were being planned by the United States and Britain, and that NATO had increased its troop deployment in eastern and central Europe “several times over”.

Referring to the New START Treaty to control U.S. and Russian nuclear arms, Shoigu said talks to extend the treaty were “a two-way street”, and the situation around it was “difficult”.

“A difficult situation is also developing with regard to the Treaty on the Limitation of Strategic Offensive Arms. The agreement remains in force until 2026,” Shoigu added.

“On the Russian side, obligations are being fulfilled, the declared levels of carriers and warheads are maintained within the established limits.”

(Reporting by Reuters; Editing by Alison Williams and Mark Potter)