Home Headlines Virgin Australia says high staff illness rates hampering capacity, lifting fares
Editorial & Advertiser disclosure
Our website publishes news, press releases, opinion and advertorials on various financial organizations, products and services which are commissioned from various Companies, Organizations, PR agencies, Bloggers etc. These commissioned articles are commercial in nature. This is not to be considered as financial advice and should be considered only for information purposes. It does not reflect the views or opinion of our website and is not to be considered an endorsement or a recommendation. We cannot guarantee the accuracy or applicability of any information provided with respect to your individual or personal circumstances. Please seek Professional advice from a qualified professional before making any financial decisions. We link to various third-party websites, affiliate sales networks, and to our advertising partners websites. When you view or click on certain links available on our articles, our partners may compensate us for displaying the content to you or make a purchase or fill a form. This will not incur any additional charges to you. To make things simpler for you to identity or distinguish advertised or sponsored articles or links, you may consider all articles or links hosted on our site as a commercial article placement. We will not be responsible for any loss you may suffer as a result of any omission or inaccuracy on the website.
Headlines 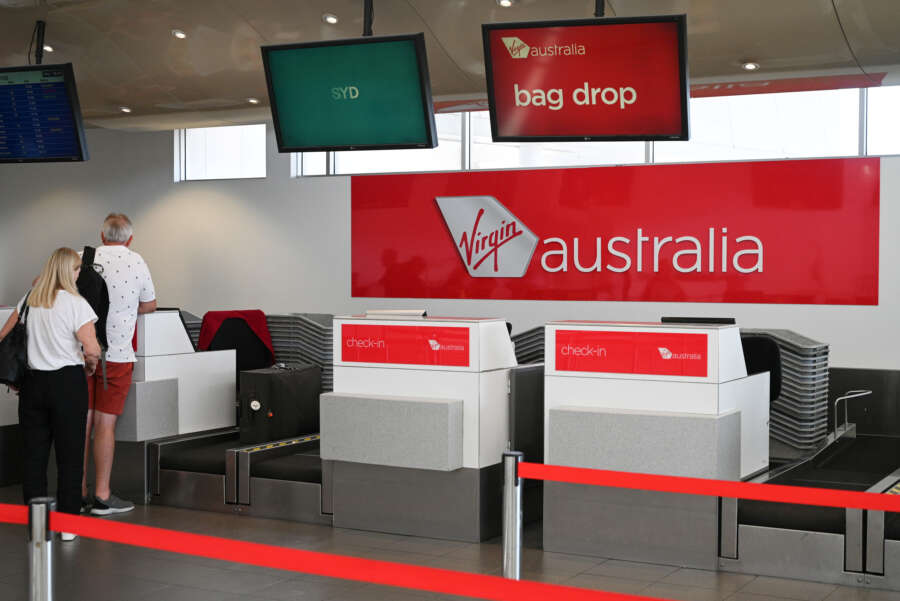 SYDNEY (Reuters) – Virgin Australia has been unable to provide enough domestic capacity to meet demand, which is tracking above 2019 levels because of high illness rates among staff, its chief executive said on Wednesday.

“It is people capacity, not aircraft capacity,” Virgin Chief Executive Jayne Hrdlicka said of the problems at a CAPA Centre for Aviation conference. “Hopefully by Christmastime it is a bit more back to normal.”

Capacity constraints made it “inevitable” that ticket prices remain a bit higher than normal for a while, she said.

Total Australian domestic capacity is running at about 86% of 2019 levels, according to data from CAPA and OAG, with Qantas Airways Ltd and Virgin scaling back capacity in recent months to help cover higher fuel prices and improve reliability.

Those moves have pushed up fares, Australia’s competition regulator said in a report last week. It found average discount economy fares across the market rose 56% between April and August, reaching their highest point since late 2020.

Virgin, like Qantas, has faced a rise in flight delays and cancellations amid high crew illness rates and a shortage of airport workers, though it has not come under as intense public scrutiny as the national carrier.

“What none of us fully factored was the strain that puts on a business when you go so long partly dormant and you go to high mode and it is sustainably high,” Hrdlicka said.

Virgin has reduced the number of flights so that it would have more crew available to fill in when absenteeism is higher than planned, improving its cancellation rate to about 2% now from 7.8% in July, she said.

The airline is seeing strong bookings for December and January despite higher inflation and interest rates lifting the cost of living for consumers, Virgin Chief Strategy and Transformation Officer Alistair Hartley said.