Manchester revealed as the ‘happiest working city’ in the UK, study finds 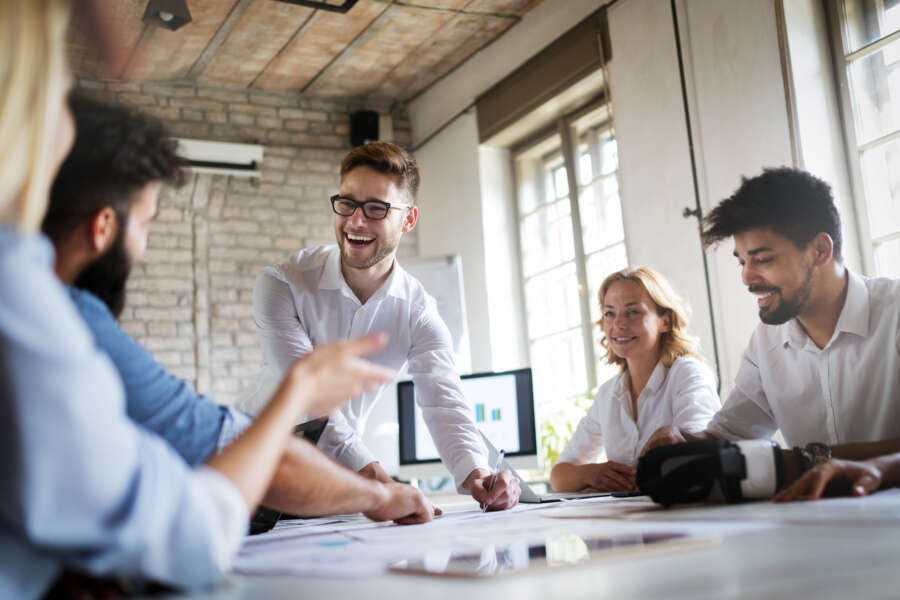 ∙       Pay is the most important factor for job satisfaction for Brits, with nearly half (40%) stating their salary increases their satisfaction level at work, followed by a harmonious team (36%) and good work-life balance (35%)

Manchester is the ‘happiest’ UK city to work in, according to new research, with more than a quarter (27%) of employees based in the northern city rating their work satisfaction levels as ‘very high’ (5/5).

The study, conducted by online printing specialists instantprint, investigated which UK cities have the highest employee satisfaction, as well as which locations offer the best salaries and the most job opportunities when compared to the local population, to determine the ‘happiest’ working cities in the country.

In addition to the city’s high employee satisfaction levels, Manchester took the top spot overall thanks to its high number of current vacancies compared to population size and its median weekly pay of £610 per week, which is in-line with the national average of £6111.

Central London and Oxford followed closely in the top twenty table – 26% of Londoners, and 25% of those in Oxford claim to be ‘very satisfied’ with their current job, above the national average of 23%. The average gross weekly earnings of £820 in Central London and £687 Oxford respectively were also determining factors that placed these cities in the second and third spots.

Out of a possible 100 points, these are the cities that came top in the ranking:

At the other end of the table, Durham ranked last, scoring just 11 out of a possible 100 points. Other locations that scored poorly were Middlesborough (13/100) and Derry (14/100).

instantprint also surveyed employees across the country regarding the aspects of their working life that make them feel most satisfied within their current role.

According to the data, pay is the most important factor, with nearly half (40%) stating their salary increases their happiness levels at work. This was followed by a harmonious team (36%) and good work-life balance (35%).

Sadly, over one in five Brits (21%) stated they are dissatisfied with their current job.

Workers at entry level and senior management level were found to be the least satisfied, with one in ten employees within these role groups rating their satisfaction levels as ‘very low’.

Consequently, it appears many employees across the UK are actively looking for new opportunities and the phenomenon, deemed as the post-pandemic ‘Great Resignation’, seems to be on the rise.

In fact, Google searches for ‘how to quit my job’ have increased by 22% since last year, while queries for ‘jobs near me’ have also risen by 49% in the past three months, suggesting many employees are looking to move away from a job that doesn’t satisfy them anymore.

According to Statista, job-to-job moves reached record levels in the last quarter of 2021, with 377,000 moves attributed to resignations versus just 28,000 caused by dismissal or redundancy.

Laura Mucklow, Head of Instantprint, commented on the findings: “While it’s great to see a substantial part of the nation is highly satisfied with their current position, our research has shown that sadly this is not the case for everyone.

“We believe it’s key for employers to ensure all workers feel like their contribution to the team is valued, and that they’re being offered the right kind of benefits and perks, as well as a competitive salary. This can have a massive impact on the way employees feel about their role day to day and ultimately increase work satisfaction levels, which are key to retaining the best talent.”

Food stamp recipients are the new frontier for Target.com