Home Finance Puppet’s Seventh Annual DevOps Salary Report Finds Gender Salary Gap is Decreasing while Global Salary Competition is Rising
Our website publishes news, press releases, opinion and advertorials on various financial organizations, products and services which are commissioned from various Companies, Organizations, PR agencies, Bloggers etc. These commissioned articles are commercial in nature. This is not to be considered as financial advice and should be considered only for information purposes. It does not reflect the views or opinion of our website and is not to be considered an endorsement or a recommendation. We cannot guarantee the accuracy or applicability of any information provided with respect to your individual or personal circumstances. Please seek Professional advice from a qualified professional before making any financial decisions. We link to various third-party websites, affiliate sales networks, and to our advertising partners websites. When you view or click on certain links available on our articles, our partners may compensate us for displaying the content to you or make a purchase or fill a form. This will not incur any additional charges to you. To make things simpler for you to identity or distinguish advertised or sponsored articles or links, you may consider all articles or links hosted on our site as a commercial article placement. We will not be responsible for any loss you may suffer as a result of any omission or inaccuracy on the website.
Finance 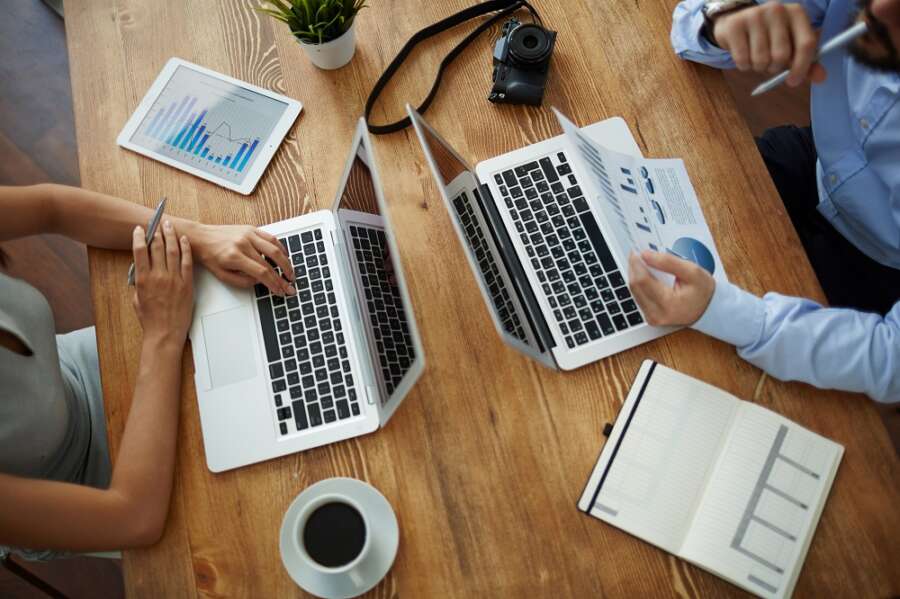 Puppet, the industry standard for infrastructure automation, today revealed the findings of its 2021 DevOps Salary Report. Puppet surveyed more than 2,600 technology professionals globally and found significant growth across high-income wage brackets. Specifically, the data reveals that women are steadily increasing their earning status across regions, roles, and industries. The research also indicates that other countries are catching up to the U.S. in high salary pay.

“It is exciting to see more women increasingly enter higher income brackets, especially in DevOps, which has historically been a male-dominated area,” said Abby Kearns, chief technology officer at Puppet. “The gradual decrease in a wage gap hopefully points to a long-term shift in pay equity. As a DevOps leader, I am inspired by this progression and I look forward to seeing more equality in wages and gender parity across DevOps overall.”

The Great Resignation and pandemic-driven digital transformation efforts have directly impacted the DevOps landscape. These transformational enterprise shifts have forced companies to offer more competitive compensation and invest in top talent to ensure sustainable success. As a result, the 2021 DevOps Salary Report found that more workers are moving into higher income levels than at any time in the past three years. In addition, companies with high-evolution DevOps are compensating their employees at the highest level, with more managers and practitioners entering the salary group earning more than $150,000.

“This year, for the first time, we asked respondents to identify not only with a job title, but with a team, given the rise in collaboration across the DevOps sector,” said Ronan Keenan, research director at Puppet. “Interestingly, development/engineering teams earn the bulk of higher salaries, between $150,000 to $250,000, when compared to other groups. This also remains consistent with platform engineers being found to be the best-paid title amongst respondents for the second consecutive year.”

Key findings revealed in the DevOps Salary Report also include:

– The salary gap between male and female practitioners is closing within higher income brackets, as women make a steady, potentially long-term shift into higher earnings. More than double the number of women entered the higher income level of $150,000-plus than the year before (17% in 2021 compared to 8% in 2020 and 10% in 2019).

– The European job market remained quite stable despite recent pandemic-driven periods of disruption, driving increased competition with the US. In fact, countries like France are experiencing notable wage growth. In France, 45% of technology workers (managers and practitioners) earned $75,000-plus in 2021, compared to 38% in 2019.

– Companies at a high level of DevOps evolution continue to compensate their employees at the highest level, with practitioner salaries doubling and manager salaries nearly tripling from 2020 to 2021. The share of those earning more than $150,000 at high-evolution firms more than doubled to 20% in 2021 from 8% in 2020.

Manchester revealed as the ‘happiest working city’ in the UK, study finds

Streaming wars set to intensify as over a...

GBST has extended its technology partnership with Novia...

Deel partners with the UAE Government to attract...