Home Headlines Turkey must keep diplomatic balance for peace talks -Erdogan adviser
Our website publishes news, press releases, opinion and advertorials on various financial organizations, products and services which are commissioned from various Companies, Organizations, PR agencies, Bloggers etc. These commissioned articles are commercial in nature. This is not to be considered as financial advice and should be considered only for information purposes. It does not reflect the views or opinion of our website and is not to be considered an endorsement or a recommendation. We cannot guarantee the accuracy or applicability of any information provided with respect to your individual or personal circumstances. Please seek Professional advice from a qualified professional before making any financial decisions. We link to various third-party websites, affiliate sales networks, and to our advertising partners websites. When you view or click on certain links available on our articles, our partners may compensate us for displaying the content to you or make a purchase or fill a form. This will not incur any additional charges to you. To make things simpler for you to identity or distinguish advertised or sponsored articles or links, you may consider all articles or links hosted on our site as a commercial article placement. We will not be responsible for any loss you may suffer as a result of any omission or inaccuracy on the website.
Headlines 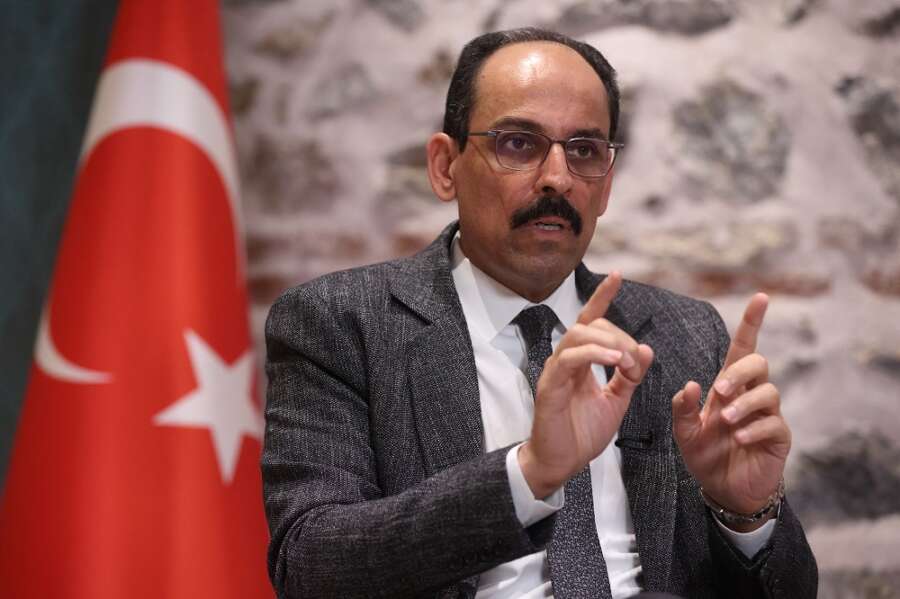 By Orhan Coskun, Can Sezer and Jonathan Spicer

ISTANBUL (Reuters) – Turkey must maintain a delicate diplomatic balance following Russia’s invasion of Ukraine so that it remains able to help facilitate an eventual negotiated end to the war, President Tayyip Erdogan’s spokesman said in an interview.

Ibrahim Kalin, who is also Erdogan’s chief foreign policy adviser, said that while Ankara has criticised Moscow’s Feb. 24 invasion and actions on the battlefield it would do no good to take a more punitive stance against Russia.

NATO member Turkey, a Black Sea neighbour of the warring nations, has good ties with both and has opposed Western sanctions on Moscow. It has seen tens of thousands of Russians – and some oligarchs’ sanctioned yachts – arrive since war began.

Yet it has also supplied Kyiv with armed drones and blocked some Russian naval passage to the Black Sea, and stands alone as having hosted talks between the Russian and Ukrainian foreign ministers and separately between their teams.

“We have opposed this war from the beginning” but also maintained contact with Moscow, Kalin said at the weekend.

“They need someone – a trusted partner, negotiator, facilitator, moderator – someone in some position to be able to speak to the Russian side as well as to the Ukrainian side,” he told Reuters.

“We have been able to maintain this position since the beginning of the war and I think it is really in everybody’s shared interest that everybody maintains a balanced position.”

Russian forces began withdrawing from near Kyiv after peace negotiations in Istanbul in late March.

Turkey has hosted no further talks but in recent weeks it proposed carrying out a sea evacuation of wounded fighters holed up in the southern Ukrainian city of Mariupol.

It was unclear when or whether Turkey would host talks for Russian and Ukrainian leaders Vladimir Putin and Volodymyr Zelenskiy. “There is no magic formula to resolve this overnight,” Kalin said.

Asked what might prompt Turkey to take a more pro-Ukraine, punitive stance against Russia, he said: “What good would it do?” It would not “change the outcome nor course of the war at this point,” he said.

Ankara’s drone shipments have already angered Moscow, while its sanctions stance has irked some Western politicians.

There have been few clear signs of warming relations with the West, underlined by Turkey’s criticism of prospective new NATO members Sweden and Finland in recent days.

Foreign Minister Mevlut Cavusoglu said on Sunday Turkey wanted both Nordic countries to stop activities on their territories of groups seen by Ankara as terrorist organisations, as well as to lift export bans on Turkey.

Yet Kalin pointed to a supportive letter the Biden administration sent to the U.S. Congress on the potential sale of 40 F-16 fighter jets to Turkey as a signal of progress.

“The Biden administration has taken a number of concrete, positive steps to move this thing forward” and receive congressional approval for the deal, which would boost bilateral ties and also NATO defences in challenging times, he said.

“More cooperation and understanding has been underway.”