Home Opinion The reinvention of high street retail – opportunity or threat?
Our website publishes news, press releases, opinion and advertorials on various financial organizations, products and services which are commissioned from various Companies, Organizations, PR agencies, Bloggers etc. These commissioned articles are commercial in nature. This is not to be considered as financial advice and should be considered only for information purposes. It does not reflect the views or opinion of our website and is not to be considered an endorsement or a recommendation. We cannot guarantee the accuracy or applicability of any information provided with respect to your individual or personal circumstances. Please seek Professional advice from a qualified professional before making any financial decisions. We link to various third-party websites, affiliate sales networks, and to our advertising partners websites. When you view or click on certain links available on our articles, our partners may compensate us for displaying the content to you or make a purchase or fill a form. This will not incur any additional charges to you. To make things simpler for you to identity or distinguish advertised or sponsored articles or links, you may consider all articles or links hosted on our site as a commercial article placement. We will not be responsible for any loss you may suffer as a result of any omission or inaccuracy on the website.
Opinion

The reinvention of high street retail – opportunity or threat? 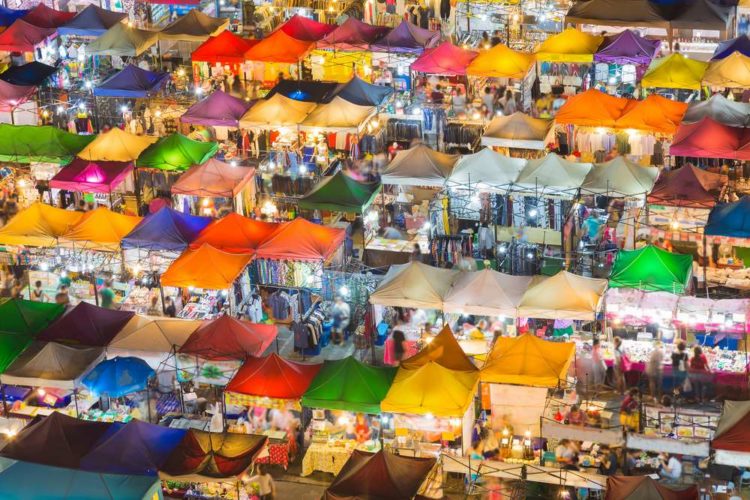 The inexorable rise of the internet over the last 30 years has had a major effect on society and business. It has transformed the way that we communicate with one another, disrupted industries out of existence, created new ways of generating wealth and fundamentally altered our social fabric. Most people now meet their partner online. Social and economic relationships have become more transient, as it has become easier to connect and transact.

Humans have a tendency to resist change. It is built into us at a deep and fundamental level. Studies have consistently shown that people tend to prefer avoiding losses to acquiring equivalent gains: a phenomenon known as loss aversion. We appear to be hardwired to be loss averse due to asymmetric evolutionary pressure on losses and gains: for an organism operating close to the edge of survival, the loss of a day’s food could cause death, whereas the gain of an extra day’s food would not cause an extra day of life.

We place much greater value on the loss of something we have than in gaining something we do not, even if the net value of the two outweigh one another. This is a deep seated evolutionary response which can cause us to imagine that simply willing things to stay as they are will somehow cause them to do so.

In the UK, a transformation of the way that we shop has been underway for three decades now, affecting all retail sectors to a greater or lesser extent. We now buy 7.6% of our groceries online and food retail is one of the sectors so far least affected. Overall, internet based shopping now accounts for 22% of our purchases compared with 7% a decade ago and around 1% a decade before that. By 2030, it is expected to account for over 50% of retail purchases.

In 2019, we have seen major chains including Karen Millen, Jack Wills, Bathstore, Patisserie Valerie and Debenhams going into administration. This follows the collapse of House of Fraser, Evans Cycles, Maplin and Poundworld in 2018. Some of those chains are still in business, having closed outlets and been taken over by new operators after their collapse. Many other retailers, including Topshop owner Arcadia, Monsoon, New Look, Carpetright and Homebase have been forced to seek legal agreements with their landlords to shut stores and slash their rent bills to stave off insolvency. The number of people employed in retail related jobs decreased by 60,000 in the three months to the end of September 2019 compared to the same period a year before.

This decline is accelerating and will continue to do so, potentially threating the jobs of around three million people employed in retail in the UK. The Chief Executive of the British Retail Consortium (BRC) recently called for the government to ‘act fast’ over the tens of thousands of retail jobs that have been lost in recent years, so that we might see a revival of our High Streets. What is it that the BRC think that the government can do ? Shut down the internet and ban online shopping ?

Of course, the business rates burden on retailers could be reduced. However, any such relief would merely serve to delay the inevitable. Councils who think they will be able to rely on continuity of business rates income from town centre retailers are in for a shock. It’s clear that the current model no longer works. Planning policies focused on sustainability which restrict city centre parking space only serve to draw the noose tighter. And yet planning and rating policies in relation to town centre retail use are still out of step with reality.

The convenience and competitive prices that online retail deliver are here to stay. Their impact has only just begun to show itself. The stark truth is that the worst is yet to come for traditional format retail. The High Street as we know it is not simply being re-engineered, it’s being decimated. There is no doubt that online shopping will become the predominant form of retail. As middlemen are disintermediated, existing retail shopfronts are likely to become experience oriented display locations for manufacturers. Think of the Apple store and the recently opened Microsoft store in Oxford St in London.

This trend will continue, breaking traditional retail distribution models and disintermediating aggregators such as department stores and the supply chains that sit behind them. Because traditional retail cannot hope to compete, the floor space it occupies will continue to shrink and be replaced with experience oriented display frontage that will be concentrated in major urban centres. There can be no question that we will need to find alternative uses for this space and that planning policies must adapt to accommodate a different mix of uses in town centres.

The answer is not to insist on retaining retail uses that keep premises empty. It must be to attract people back into town centres by creating flexible places for people to live, stay and work for different lengths of time. A combination of Hotel (1-2 nights), Aparthotel (3-5 nights), Co-Living and residential accommodation uses provide flexibility for people to stay as long or as short a period as is convenient for them.

Combine this with the flexible working arrangement delivered by co-working alongside places for people to live. Add restaurants, leisure uses such as gyms, restaurants and focal points such as local markets. If socially attractive spaces are allowed to evolve, places where people are able to live work and play in one social arena can be created.

A great example of areas like this are Hackney’s London Fields, where hip coffee shops and markets co-exist with co-working and residential accommodation, each complimenting the other’s existence. Or Altrincham’s Market House – a communal dining hall of independent kitchens complimented by an ecology bars, restaurants and coffee shops.

We are starting to see a stream of development opportunities that have arisen as a result of town centre retailers wishing to exit or re-gear existing leases. These leases tie retailers into premises which no longer trade profitably. Rather than viewing this as a threat, we see the opportunity to recreate our high streets in a more community friendly manner – incorporating a mix of uses and services aimed at the way we now live.

It represents a great opportunity to regenerate our town centres by demolishing unattractive buildings and replacing them with more attractive ones. Or by sympathetically extending existing buildings which have architectural merit. The answer is not to try to retain what we have. It is to reinvent it by creating inspiring buildings that make a positive impact on the places they are built in and which are designed around the way people live their lives.

43% OF MOTORISTS FAIL TO CHECK THEIR VEHICLE...

HOW TO MEET YOUR NET ZERO GOALS WITH...