Home Headlines Soccer-Casemiro intent on joining Man United, Ancelotti says
Our website publishes news, press releases, opinion and advertorials on various financial organizations, products and services which are commissioned from various Companies, Organizations, PR agencies, Bloggers etc. These commissioned articles are commercial in nature. This is not to be considered as financial advice and should be considered only for information purposes. It does not reflect the views or opinion of our website and is not to be considered an endorsement or a recommendation. We cannot guarantee the accuracy or applicability of any information provided with respect to your individual or personal circumstances. Please seek Professional advice from a qualified professional before making any financial decisions. We link to various third-party websites, affiliate sales networks, and to our advertising partners websites. When you view or click on certain links available on our articles, our partners may compensate us for displaying the content to you or make a purchase or fill a form. This will not incur any additional charges to you. To make things simpler for you to identity or distinguish advertised or sponsored articles or links, you may consider all articles or links hosted on our site as a commercial article placement. We will not be responsible for any loss you may suffer as a result of any omission or inaccuracy on the website.
Headlines 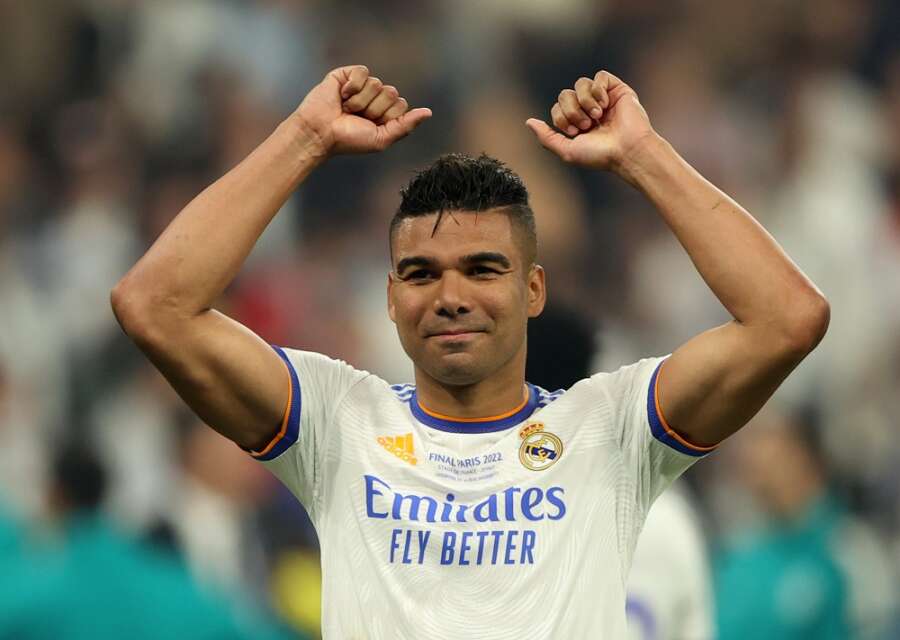 “Casemiro wants a new challenge and we understand his feeling, I do not think there is a way back,” Ancelotti told a news conference on Friday.

“I have spoken with him. Casemiro, for what he has done and the person he is, we must respect that desire. The negotiations are ongoing right now, it is not official yet, he is still our player but his will is to leave.”

Reuters understands that the 30-year-old midfielder is to sign a four to five year deal at United with wages of around 16 million euros ($16.10 million) per year.

“Real Madrid loses a player that has linked really well with the other midfielders with more quality, (Luka) Modric and (Toni) Kroos. He is important and has been key to Madrid’s success,” Ancelotti said.

“… If there is agreement, we will wish him the best and look at what we have in the club to replace him.”

The LaLiga and European champions signed France midfielder Aurelien Tchouameni in June from AS Monaco with the 22-year-old believed to be a replacement for Casemiro.

“We have Tchouameni but other players that can play in the same position, too,” Ancelotti said.

“Tchouameni was one of the best midfielders on the market. Kroos can also play there, like he did in my second year here.”