Home Headlines Strikes bring London’s transport network to a halt
Editorial & Advertiser disclosure
Our website publishes news, press releases, opinion and advertorials on various financial organizations, products and services which are commissioned from various Companies, Organizations, PR agencies, Bloggers etc. These commissioned articles are commercial in nature. This is not to be considered as financial advice and should be considered only for information purposes. It does not reflect the views or opinion of our website and is not to be considered an endorsement or a recommendation. We cannot guarantee the accuracy or applicability of any information provided with respect to your individual or personal circumstances. Please seek Professional advice from a qualified professional before making any financial decisions. We link to various third-party websites, affiliate sales networks, and to our advertising partners websites. When you view or click on certain links available on our articles, our partners may compensate us for displaying the content to you or make a purchase or fill a form. This will not incur any additional charges to you. To make things simpler for you to identity or distinguish advertised or sponsored articles or links, you may consider all articles or links hosted on our site as a commercial article placement. We will not be responsible for any loss you may suffer as a result of any omission or inaccuracy on the website.
Headlines 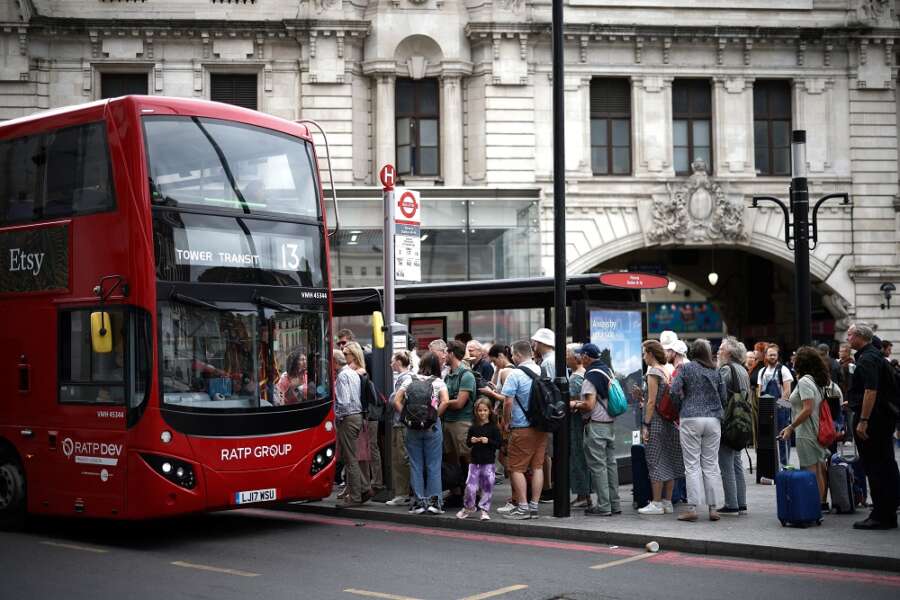 LONDON (Reuters) -London’s transport network ground to a halt on Friday as train and bus workers held strikes over pay and conditions, the latest in a summer of labour market disputes as double-digit inflation eats into wages.

All London Underground and Overground train lines were suspended or part suspended and dozens of bus routes in the west of the city were disrupted, Transport for London (TfL) said.

Tens of thousands of workers from the wider national rail network walked out on Thursday and will do so again on Saturday.

Commuters across the country have already endured disruption from rail strikes this year, organised by unions demanding pay and conditions for their members that better reflect the soaring cost of living caused by energy price-driven inflation.

Data showed inflation at 10.1% in July, the highest since February 1982, as rising energy costs resulting from Russia’s invasion of Ukraine hit consumers directly through their household bills, and indirectly through rising food prices.

That has led to a standoff between firms, who say rising costs and falling demand limit their room to negotiate, unions who say their workers cannot afford to live and the government, which is worried that big wage increases may fuel inflation.

“We don’t want to be in a 1970s vicious circle where you end up with salaries increasing, inflation increasing and so on and so forth. You never get out of this,” Transport Secretary Grant Shapps told the BBC.

The RMT said the underground strike was in response to a lack of assurances about jobs and pensions from TfL. In a letter to Shapps, the union accused him of waging ideological war against rail workers.

TfL is itself in prolonged negotiations with the government after the expiration of an emergency state funding deal, in part necessitated by a post-pandemic fall in passengers.

Workers in other British industries are also planning future strikes or moving towards industrial action. These include port workers, lawyers, teachers, nurses, firefighters, and waste collection, airport and postal staff.