Home Headlines Shares choppy, U.S. yields fall as investors digest Fed minutes
Our website publishes news, press releases, opinion and advertorials on various financial organizations, products and services which are commissioned from various Companies, Organizations, PR agencies, Bloggers etc. These commissioned articles are commercial in nature. This is not to be considered as financial advice and should be considered only for information purposes. It does not reflect the views or opinion of our website and is not to be considered an endorsement or a recommendation. We cannot guarantee the accuracy or applicability of any information provided with respect to your individual or personal circumstances. Please seek Professional advice from a qualified professional before making any financial decisions. We link to various third-party websites, affiliate sales networks, and to our advertising partners websites. When you view or click on certain links available on our articles, our partners may compensate us for displaying the content to you or make a purchase or fill a form. This will not incur any additional charges to you. To make things simpler for you to identity or distinguish advertised or sponsored articles or links, you may consider all articles or links hosted on our site as a commercial article placement. We will not be responsible for any loss you may suffer as a result of any omission or inaccuracy on the website.
Headlines 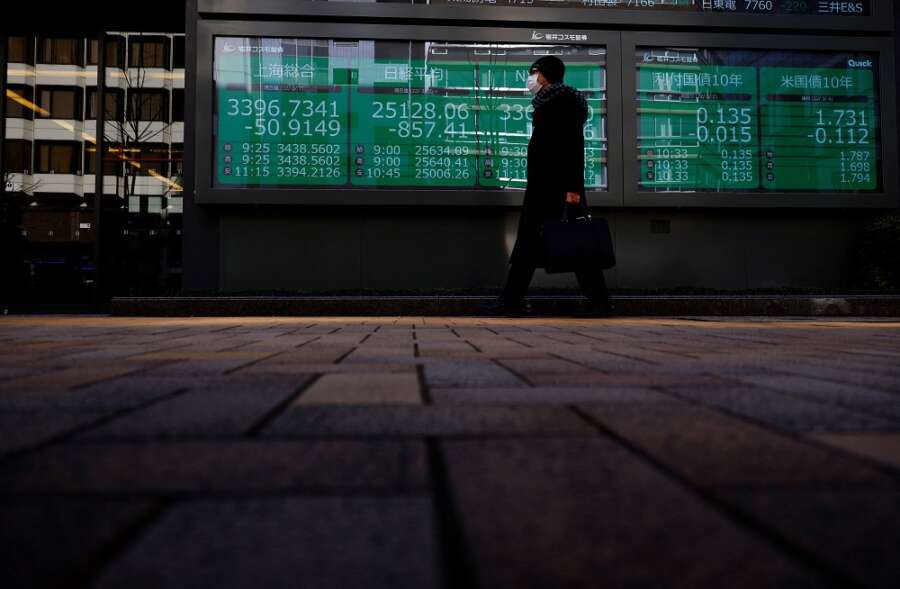 Markets have remained bearish amid concerns about a looming recession, even though Fed officials indicated in the minutes of their July meeting released on Wednesday that they would adopt a less aggressive stance if inflation starts to recede.

“The markets are still trying to figure out the Fed minutes,” causing volatility, said Charles Self, chief investment officer at Tandem Wealth Advisors in Appleton, Wisconsin.

“The minutes were uniformly hawkish in our view,” Self added. “It’s clear that among all the voting members that curing inflation is the No. 1 choice and they’re going to do whatever is necessary as far as raising rates to get there. We think they’re using the labor market as cover.”

The yield curve between two- and 10-year Treasury notes, widely viewed as an indicator of impending recession, remained inverted at minus 38 basis points on Thursday.

“Well, I think the bond market is usually right.”

On Wall Street, all major indexes were trading lower, driven by a selloff in stocks in the healthcare, financials, consumer discretionary and consumer staples sectors.

Oil prices gained about 2% as robust U.S. fuel consumption data and an expected drop in Russian supply later in the year offset concerns that slowing economic growth could undercut demand.