Home Headlines German gas import costs surge 153% in first half as imports drop 24%
Editorial & Advertiser disclosure
Our website publishes news, press releases, opinion and advertorials on various financial organizations, products and services which are commissioned from various Companies, Organizations, PR agencies, Bloggers etc. These commissioned articles are commercial in nature. This is not to be considered as financial advice and should be considered only for information purposes. It does not reflect the views or opinion of our website and is not to be considered an endorsement or a recommendation. We cannot guarantee the accuracy or applicability of any information provided with respect to your individual or personal circumstances. Please seek Professional advice from a qualified professional before making any financial decisions. We link to various third-party websites, affiliate sales networks, and to our advertising partners websites. When you view or click on certain links available on our articles, our partners may compensate us for displaying the content to you or make a purchase or fill a form. This will not incur any additional charges to you. To make things simpler for you to identity or distinguish advertised or sponsored articles or links, you may consider all articles or links hosted on our site as a commercial article placement. We will not be responsible for any loss you may suffer as a result of any omission or inaccuracy on the website.
Headlines 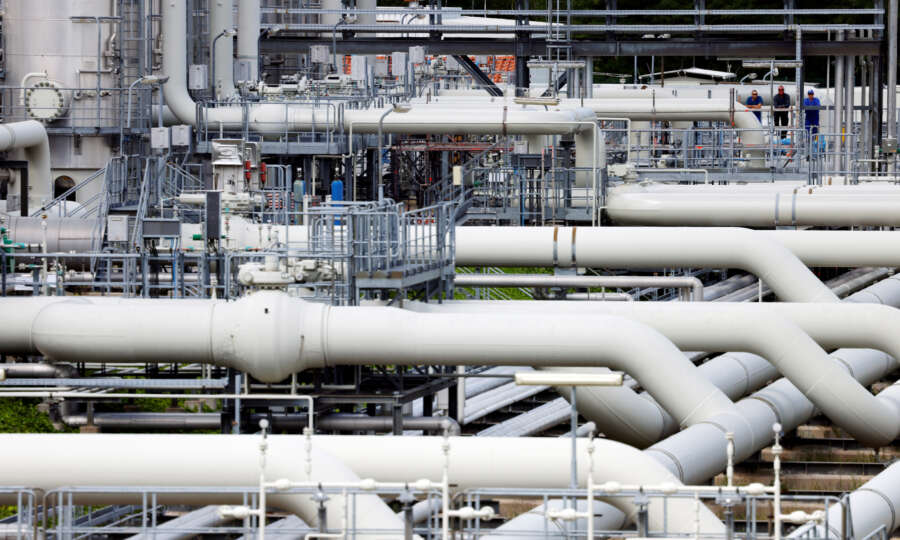 FRANKFURT (Reuters) – German natural gas import costs rose by 153% in the first six months of 2022 from a year earlier, even though imports were down by 24.3%, official data showed on Thursday.

The June statistics from Germany’s foreign trade office are the fourth to reflect the impact of Russia’s invasion of Ukraine, which began on Feb. 24, and Western sanctions against what the Kremlin calls a “special military operation”.

Russia has cut flows through Nord Stream 1, the major gas delivery route to Europe via Germany, to a fifth of its capacity, forcing importers and governments to scramble for substitutes before the heating season from October.

Gas data also correlates with coal, which competes in the production of electricity, while also giving clues about demand for mandatory European Union carbon emissions permits.

German gas inventories are at 77.8% of available storage capacity, European gas infrastructure group GIE’s website showed. This compared with 55.1% a year ago.