Home Headlines Scientists in Germany turn up heat on seagrass in climate change fight
Editorial & Advertiser disclosure
Our website publishes news, press releases, opinion and advertorials on various financial organizations, products and services which are commissioned from various Companies, Organizations, PR agencies, Bloggers etc. These commissioned articles are commercial in nature. This is not to be considered as financial advice and should be considered only for information purposes. It does not reflect the views or opinion of our website and is not to be considered an endorsement or a recommendation. We cannot guarantee the accuracy or applicability of any information provided with respect to your individual or personal circumstances. Please seek Professional advice from a qualified professional before making any financial decisions. We link to various third-party websites, affiliate sales networks, and to our advertising partners websites. When you view or click on certain links available on our articles, our partners may compensate us for displaying the content to you or make a purchase or fill a form. This will not incur any additional charges to you. To make things simpler for you to identity or distinguish advertised or sponsored articles or links, you may consider all articles or links hosted on our site as a commercial article placement. We will not be responsible for any loss you may suffer as a result of any omission or inaccuracy on the website.
Headlines 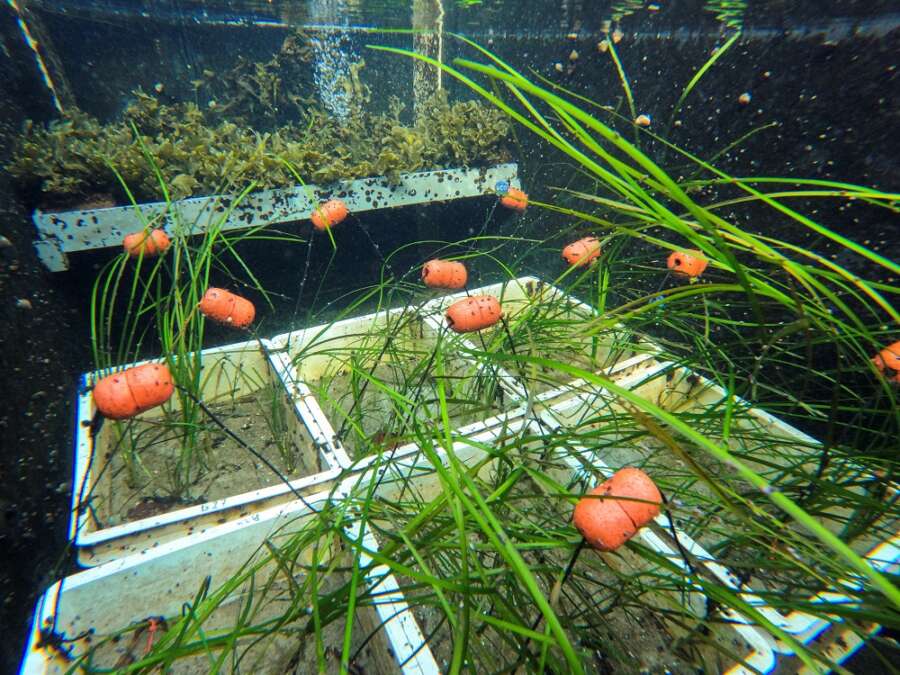 BERLIN (Reuters) – Scientists in Germany are working on ways to restore seagrass fields in the Baltic Sea, vast natural sinks that store millions of tonnes of carbon but which are shrinking fast in the face of falling water quality, global warming and disease.

According to the Geomar Helmholtz Centre for Ocean Research in Kiel, the Baltic region contains almost 300 square kilometres of the plant, storing some three to 12 megatons of carbon.

Seagrass stores that carbon “for centuries to millennia”, Angela Stevenson, a postdoctoral researcher at the centre, told Reuters. “A big aspect to think about here is to conserve these systems, to make sure that that CO2 does not get re-emitted and further add to these emissions.”

In Germany’s Kiel fjord, Stevenson and her colleagues have planted a test field using seeds and single-shoot transplants from a natural meadow nearby, exploring which cultivation methods might be the most promising to restore seagrass fields.

The team is also testing how the plants can cope with heat by exposing the plants to heatwaves over generations to try to make them more resilient.

“If the temperatures go up to 26 degrees Celsius and above … for months on end, which we might see in the future with climate change, then that could really pose an issue for the whole system. It may entirely die,” said Stevenson.

Seagrass is not a silver bullet for bringing carbon emissions down enough to reach net zero, Stevenson added. Even if Germany were to restore all the areas that have lost seagrass, they would only grab up to 100 tonnes of carbon dioxide annually – a very small percentage of the German target.

Germany has pledged to reduce its greenhouse gas emissions by more than 50% by 2030 compared with the levels in 1990. The government also aims to turn the country carbon neutral by 2045.

Cryptoverse: Bitcoin wants to break its bond with stocks