Home Headlines Rouble falls past 61 vs dollar as conversion of depository receipts begins
Our website publishes news, press releases, opinion and advertorials on various financial organizations, products and services which are commissioned from various Companies, Organizations, PR agencies, Bloggers etc. These commissioned articles are commercial in nature. This is not to be considered as financial advice and should be considered only for information purposes. It does not reflect the views or opinion of our website and is not to be considered an endorsement or a recommendation. We cannot guarantee the accuracy or applicability of any information provided with respect to your individual or personal circumstances. Please seek Professional advice from a qualified professional before making any financial decisions. We link to various third-party websites, affiliate sales networks, and to our advertising partners websites. When you view or click on certain links available on our articles, our partners may compensate us for displaying the content to you or make a purchase or fill a form. This will not incur any additional charges to you. To make things simpler for you to identity or distinguish advertised or sponsored articles or links, you may consider all articles or links hosted on our site as a commercial article placement. We will not be responsible for any loss you may suffer as a result of any omission or inaccuracy on the website.
Headlines 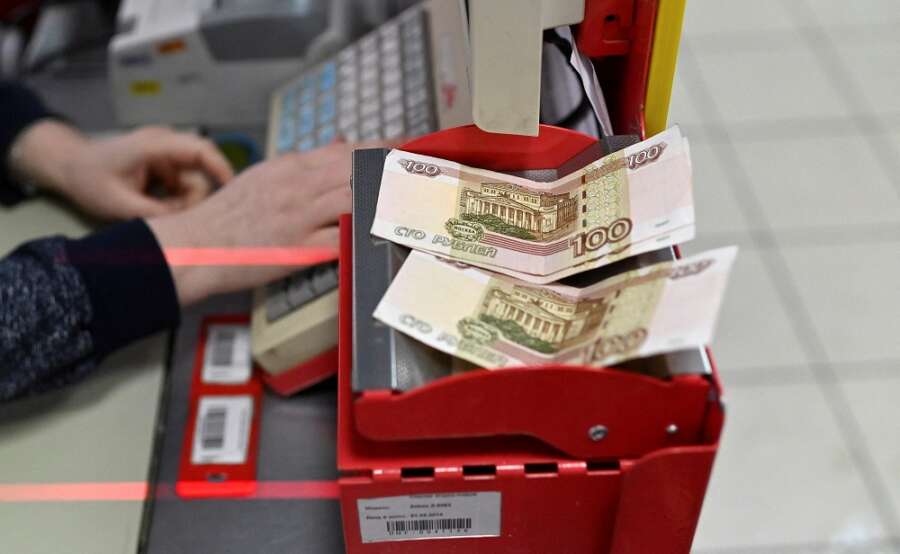 MOSCOW (Reuters) -The rouble slid past 61 to the dollar on Monday as the conversion of depository receipts in Russian companies to local shares got underway, and as foreign investors from designated “friendly” countries were able to return to the bond market.

Rouble volatility has declined recently after wild swings which saw it hit a record low of 121.53 to the dollar on the Moscow Exchange in March, days after Russia sent tens of thousands of troops into Ukraine on Feb. 24, and then rally to a seven-year peak of 50.01 in June.

The rouble is expected to find support from month-end tax payments that usually prompt export-focused companies to convert part of their foreign currency revenues.

Market moves were relatively muted despite analysts predicting an increase in selling pressure as Russia starts the conversion of global depository receipts (GDRs) into shares.

GDRs of Russian companies that were traded on foreign exchanges and held in Russian depositories will be converted into shares on the Moscow Exchange from Aug. 15 in an effort to reduce foreign control over such companies amid Western sanctions.

The central bank said on Monday that the Russian depositories, which currently hold GDRs, will write them off from the holders’ accounts and credit the shares of Russian issuers instead. The whole process will take up to three weeks, the central bank said.

“Depositary receipts start being converted to equities today, which could create a supply overhang and make it difficult for the stock market to rise,” Promsvyazbank analysts said, forecasting a slide in the MOEX index to below 2,100 points.

From Monday, Moscow Exchange will also allow non-residents from designated “friendly” countries that have not imposed sanctions against Russia to trade bonds.

“We do not expect this to have a significant impact on the FX market,” Sberbank CIB analysts said.