Home Innovation RingCentral Reimagines Meeting Rooms for New Hybrid Work Styles
Our website publishes news, press releases, opinion and advertorials on various financial organizations, products and services which are commissioned from various Companies, Organizations, PR agencies, Bloggers etc. These commissioned articles are commercial in nature. This is not to be considered as financial advice and should be considered only for information purposes. It does not reflect the views or opinion of our website and is not to be considered an endorsement or a recommendation. We cannot guarantee the accuracy or applicability of any information provided with respect to your individual or personal circumstances. Please seek Professional advice from a qualified professional before making any financial decisions. We link to various third-party websites, affiliate sales networks, and to our advertising partners websites. When you view or click on certain links available on our articles, our partners may compensate us for displaying the content to you or make a purchase or fill a form. This will not incur any additional charges to you. To make things simpler for you to identity or distinguish advertised or sponsored articles or links, you may consider all articles or links hosted on our site as a commercial article placement. We will not be responsible for any loss you may suffer as a result of any omission or inaccuracy on the website.
Innovation 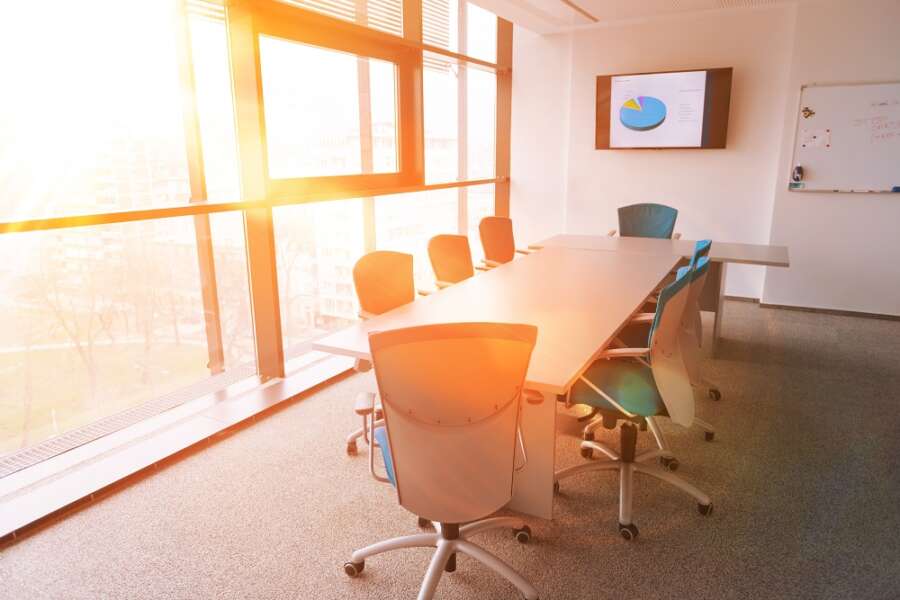 London, UK. Belmont, Calif. — June 22, 2021 — RingCentral Inc. (NYSE: RNG), a leading provider of global enterprise cloud communications, video meetings, collaboration, and contact center solutions, today announced new enhancements to RingCentral Rooms™. The enhancements, specific to its video meetings capabilities within RingCentral’s Message Video Phone™(MVP™) offering and RingCentral Video®, the company’s video meetings solution with team messaging, will enable people to connect, communicate, and collaborate seamlessly, whether they are returning to the office or working from anywhere. The new capabilities include voice activated control enabling users to start and join meetings through a touchless experience and the ability to control the meeting from a mobile device. In addition, RingCentral Rooms will now be compatible with Logitech Rally devices and Windows devices and appliances, making RingCentral Rooms accessible to a wider audience.

“At RingCentral we are focused on connecting people – wherever they are located – with the best messaging, video, and cloud phone service,” said Nat Natarajan, executive vice president of products and engineering at RingCentral. “As offices open up, organizations are quickly adapting to support a collaborative hybrid workforce that creates participation equity. Our rapid innovation on RingCentral Rooms makes it easier and more rewarding for people to connect, resulting in a more inclusive culture so they can do their best work.”

RingCentral customer Dave Evans, CIO of Computer History Museum, a well-known Bay Area-based institution, said “Our mission is to enable our employees, partners and guests to communicate digitally with audiences all over the world – whether that’s in-person from our historical venue, from home, or on-the-go. With new RingCentral Rooms capabilities, we will have the flexibility we need to redesign and transform our venue for the new way of working and support a hybrid model. By doing this, we can continue to preserve the history of computing through the exchange of ideas with audiences seamlessly from wherever they are.”

As workers begin to return to offices and work from anywhere, organisations must manage safety concerns, including cleanliness and social distancing guidelines to ensure their employees are comfortable attending hybrid video meetings in an office environment. To support this, we are announcing the following features for RingCentral Rooms:

Voice activated Rooms: Users can use a voice command, “Hi RingCentral, join my meeting” in any conference room that leverages RingCentral Rooms, without needing to touch the shared tablet controller or any high touch surfaces.

Mobile phone as controller: Users can start, join, and manage video meetings in a conference room using their own RingCentral mobile app (connecting to the room via Bluetooth) so they can adhere to social distancing guidelines and avoid touching the communal controller tablet to control the Rooms system. The RingCentral app will natively support a command to start an upcoming meeting.

Rooms monitoring: Users can now track and monitor their RingCentral Rooms devices in real-time, gaining visibility into device history and unprovisioned devices. With this feature, users can easily search, filter, and track meeting rooms and devices based on location/IP address, time, and device name.

Rooms status and alerts: IT admins can now customize the operational status of their room’s assets to ensure meeting rooms are fully functional. Administrators can receive real-time, proactive alerts about the status of devices and integrations in any particular meeting room and remedy any issues before the meeting occurs.

Windows for RingCentral Rooms: RingCentral Rooms now supports Windows-based host appliances, in addition to Android and Mac appliances. With this update, we are continuing to expand our portfolio by providing compatibility and support for the majority of devices used by customers today including devices from Logitech and AVer.

“Organisations are actively discussing plans to enable employees to work in the office and exactly when and how that will happen. However, they will need an actual plan in place that addresses things like meeting accessibility, simplicity, control, inclusion, workplace safety, security, privacy, etc. for that to happen effectively,” said Rich Costello, senior research analyst, IDC. “The capabilities and enhancements highlighted in this RingCentral Rooms announcement are key attributes of any smart return to work plan.”

Together, Logitech and RingCentral are providing an easy way for businesses to modernize their workplaces for the new hybrid workforce with an enhanced meeting rooms experience. With RingCentral Rooms for Logitech, mutual customers can deploy, start, and join meetings without the need for extensive meeting room equipment, delivering an all-in-one video conferencing solution for almost any workspace. This solution enables organizations to accelerate their hybrid transitions and allow onsite and remote employees to connect and collaborate with minimal friction.

The Logitech Rally Family of devices will support RingCentral Rooms, included with the Logitech® Tap controller to allow users to control room settings. Devices include:

“Teleconference phones in conference rooms are rapidly transforming into video rooms as the world starts returning to the office and transitioning to hybrid work,” said Scott Wharton, GM of Video Collaboration for Logitech. “RingCentral has been a leader and innovator in driving Unified Communications to businesses of all sizes, so their RingCentral Rooms, powered by Logitech’s market-leading video products, is a next logical step to helping people adapt to the new hybrid reality.”

THE POWER OF RETRO-MARKETING IN COVID TIMES

3i Infotech’s Digital BPS and NuRe Velocity to...

The Flavourists, a New Challenger Brand for the...