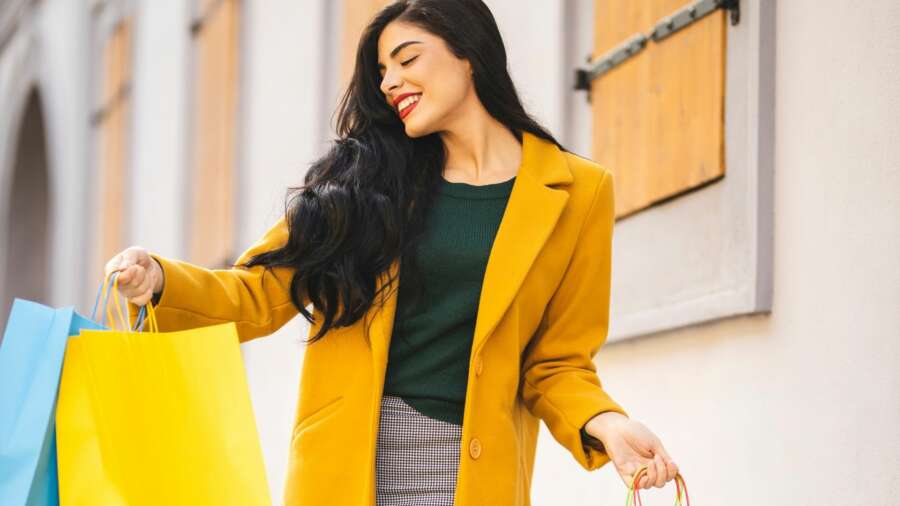 New research conducted by Periscope® by McKinsey, which helps companies achieve sustainable revenue growth, reveals how the 2020 holiday shopping season will be like no other, with consumers adjusting their holiday rituals. The 2020 Holiday Season: Navigating shopper behaviors in the pandemic reveals six trends retailers need to adjust to, following the unprecedented changes in consumer shopping behaviour and the re-introduction of COVID-19 lockdowns and restrictions.

Insights from more than 3,500 holiday shoppers in China, France, Germany, the United Kingdom, and the United States, show that the pandemic has induced changes in behaviours that are now set to remain part of the retail experience. It means that the stakes for this year’s holiday shopping season have been ramped up—both for attracting new shoppers and winning back those previously loyal to their brand.

While consumers across the globe plan to reduce holiday spending, with China as the only exception, three quarters of all holiday shoppers surveyed say they intend to take part in at least one of the season’s blockbuster shopping events. Leading the pack is Black Friday (55 percent), followed by the recent Amazon Prime Day (43 percent), Cyber Monday (39 percent), pre-Christmas sales (38 percent), and Singles Day (26 percent).

Eighty-one percent (China: 90 percent, Germany: 89 percent, France: 85 percent, the United Kingdom: 75 percent, and the United States: 73 percent) say they will spend the same or more as last year on holiday blockbuster deal events. This sense of excitement is especially true in China, which is the first major economy to recover from the pandemic. However, retailers should be cautious of heightened demand as 42 percent of holiday shoppers expressed a slight or significant income reduction (the United States: 27 percent, the United Kingdom: 26 percent, France: 16 percent, Germany: 11 percent, China: 10 percent).

An early start to avoid disappointment

Burned by out-of-stock items, limited availability for curbside pickup windows, and delivery delays that occurred in the spring, many shoppers have already started shopping for holiday gifts. Almost half of the respondents said they intended to begin shopping earlier, with holiday shoppers in the United Kingdom most likely to get a head start and those in France least likely (the United Kingdom: 56 percent, the United States: 52 percent, China: 48 percent, Germany: 48 percent, and France: 40 percent). Retailers are initially responding to the early demand by expanding blockbuster sale days to multi-day events, spanning a week or more, and starting them earlier. Now, the emphasis is on how the retailers governed by new shutdown restrictions can pivot to provide digital browsing experiences for consumers.

Black Friday events need to be sensitive to shopper anxiety

Black Friday continues to grow in popularity and is expected to be the most popular deal day in the United States, the United Kingdom, France, and Germany in 2020, with an average of 60 percent of holiday shoppers in these countries saying they plan to participate this year, up from 50 percent last year.

Shopper anxiety and stress is a feature of this year’s holiday season that has come through in the survey. Retailers should be aware of the issues and instill confidence in areas such as in-store COVID-19-safe environments, their ability to deliver a great experience at scale, stock availability, and deals that offer great value for money. The survey showed an average of 24 percent of respondents are anxious and/or stressed this year, with much higher levels in the United States and the United Kingdom (30 percent and 36 percent respectively) and stunningly low levels in China (5 percent).

According to Periscope’s recent Retail reimagined report, 40 percent of consumers have shopped with a new retailer this year and a third experimented with a different, often less expensive brand of a product. This brand loyalty fall-away trend is continuing into the holiday shopping season with only 12 percent intending to stick with the same retailers they shopped with last year.

Retailers should consider winning back loyalty by understanding what their customers want and targeting them with appealing, relevant gift ideas. Holiday shoppers have reinforced this, by indicating that personalization and social media engagement play a key role in their purchases this year. Importantly, 31 percent of shoppers say they will use social media for holiday research and ideas, and 23 percent say personalized campaigns could trigger a gift purchase.

Digital peaks, but catalog browsing not out

Building on their lockdown experiences with online stores and mobile apps, holiday shoppers are expecting to flock to these channels, and others such as curbside pickup, for their holiday season shopping. Across the five countries we surveyed in September 2020, 39 percent of respondents said they intended to shop more online during holidays this year than they did last year, with the United Kingdom, China, and the United States leading the way. Now that the United Kingdom and France face November shutdowns and Germany faces new restrictions, consumers in these countries will likely return to the digital shopping behaviors akin to the first lockdown. In the United States, digital adoption is expected to translate into a surge in ecommerce holiday sales growth by at least 19 percent. In contrast, only 10 percent of shoppers intended to increase the amount they spend in physical stores.

Digital channels have become the go-to for conducting research and getting new ideas for holiday shopping. Across all countries, the top three channels were retailer websites (53 percent), brand websites (42 percent), and browsing in stores (40 percent). The most significant in-country difference was France, where looking through catalogs, fliers, and newspapers came in at 46 percent. In China, 46 percent said they would turn to social media for research, a channel more popular than in any other region surveyed.

Health and safety is top of mind

Although the story of holiday shopping in 2020 is unequivocally digital, the desire to stroll through festive aisles and browse shopping malls while listening to Christmas music wasn’t completely disappearing. This year, 45 percent (Germany: 49 percent, France: 47 percent, the United States: 43 percent, the United Kingdom: 41 percent, and China: 27 percent) of respondents planned to browse in stores, a sharp drop from last year’s 65 percent. Of course, intent doesn’t always translate into reality during a pandemic. Savvy retailers, operating under new restrictions, will need to consider what digital experiences they can offer to replace this festive desire to browse in store.

Holiday shoppers in every country except China rate universal mask wearing and the use of protective barriers at checkout as the most important safety features. For Chinese respondents, the use of health checks before entering a store is considered most valuable, at 61 percent. The availability of cleaning and sanitizing supplies is also a necessary safety element in all countries. For US and French holiday shoppers (31 percent and 38 percent respectively), one-way aisles and special hours for older shoppers and other vulnerable groups are important factors.

“The holiday shopping season in Europe has been thrown a curve ball. Retailers need to course-correct their holiday strategies and empathize with consumer disappointment and elevated anxiety levels,” said Brian Ruwadi, Senior Partner and Global Leader of Periscope By McKinsey. “The focus should be on recalibrating supply chains and introducing new omni-channel browsing experiences, to cater for changes in restrictions. Globally, we are seeing holiday emotions and behaviors follow the curve of the pandemic. The savvy retailers will be pre-empting changes based on the predicted infection rate.”

To learn more about the survey’s findings, download the “2020 Holiday Season: Navigating shopper behaviors in the pandemic” report.

This new report compiled by Periscope by McKinsey showcases the key trends that will impact the 2020 holiday shopping season. The survey asked 3,500+ consumers in the United States, the United Kingdom, France, Germany, and China to provide insights into their shopping plans and expectations from the retailers.