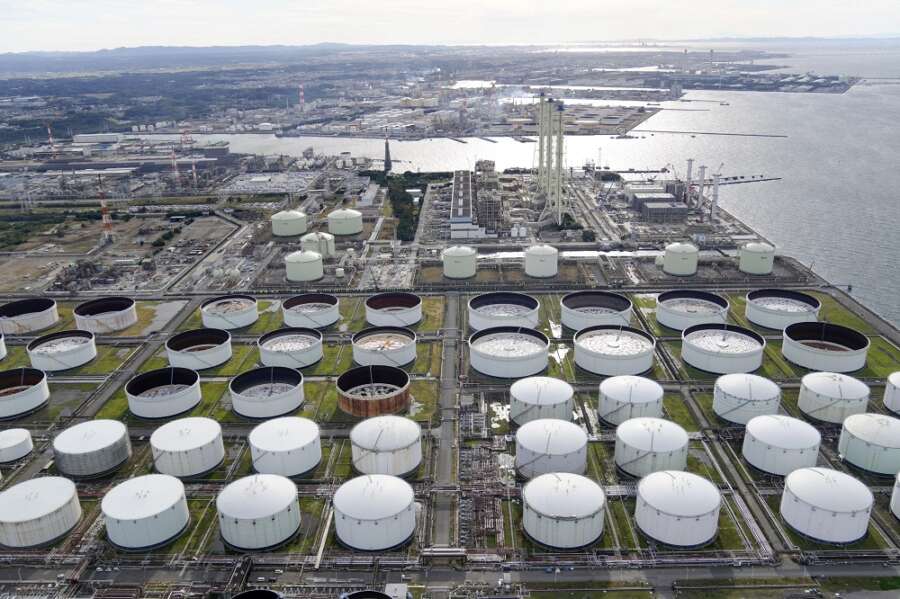 LONDON (Reuters) -Oil prices rose on Friday after a U.S. official told Reuters an immediate Saudi oil output boost is not expected, with further support from indications that the U.S. central bank could raise interest rates less aggressively than anticipated.

The U.S. Federal Resreve’s most hawkish policymakers on Thursday said they favoured a rate increase of 75 basis points at its policy meeting this month, not the bigger increase traders had priced in after a report on Wednesday showed inflation was accelerating.

The interest rate uncertainty and weak economic data led to Brent and WTI shedding more than $5 on Thursday to less than the closing price on Feb. 23, the day before Russia invaded Ukraine, though both contracts clawed back nearly all the losses by the end of the session.

The U.S. official’s comment on Saudi oil production comes at a time when capacity at members of the Organization of the Petroleum Exporting Countries (OPEC) is running low, with most producers pumping at maximum capacity.

U.S. President Joe Biden, meanwhile, is visiting Saudi Arabia to attend a summit of Gulf allies and is expected to call for the region to pump more oil.

“[Biden’s] case will have been weakened significantly by the latest price rout,” said Stephen Brennock of oil broker PVM.

Analysts, meanwhile, expect to continued pressure on oil from concerns over the global economy.

“Brent has dipped noticeably below $100 per barrel this week. It is likely to continue sliding given that the recession fears will presumably not abate for the time being,” Commerzbank said in a note.

China’s refinery throughput in June shrank nearly 10% from a year earlier, with output for the first half of the year down 6% in the first annual decline for the period since at least 2011, data showed on Friday.

Sterling struggles to pull away from March 2020 low