Sterling struggles to pull away from March 2020 low 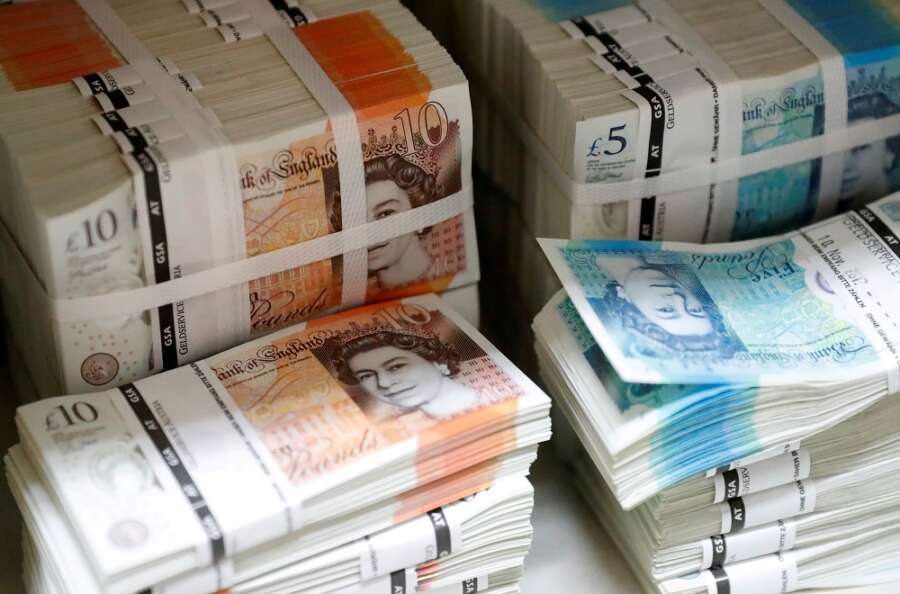 LONDON – A depressed British pound struggled for direction against the dollar on Friday, staying near more than two-year lows as nagging recession fears and political uncertainty weighed on sentiment.

Sterling was largely flat against the euro at around 84.76 pence.

Major currencies have come under pressure this week as traders, increasingly fearful of a recession, fled to the safe-haven dollar which is at a two-decade high.

But the pound faces additional headwinds given a strong economic slowdown in the UK coupled with domestic political uncertainty.

With no clear frontrunner to take over from current Prime Minister Boris Johnson, there are concerns over future economic policy and in particular the approach to Brexit and the Northern Ireland protocol.

The five remaining contenders to be Britain’s next prime minister will go head to head in the first of three televised debates on Friday.

Though set for a 1.7% weekly drop against the dollar, the pound was supported this week by hawkish signals from the Bank of England and unexpectedly positive UK GDP data, according to Simon Harvey, head of FX Analysis at Monex Europe.

He added that pound performed roughly in line with the Australian dollar, Norwegian Krone and just a bit better than the Japanese Yen.

“The significant declines over the week … is due to the fact that the economic outlook is very bleak at the moment despite the GDP data out mid-week,” Harvey said.

UK economic output expanded by 0.5% in May, although consumer services fell as the surge in inflation hit shoppers. A Reuters poll of economists had pointed to zero growth in May from April.

The Bank of England is grappling with soaring inflation and a cost-of-living crisis, having raised rates five times since December as it tries to stop the surge in inflation from becoming embedded in Britain’s economy.

“Then you overlay political volatility on top of that, and the idea that fiscal stimulus may not necessarily be too supportive to the kind of environment for bringing down inflation and lifting growth,” Harvey added. “Therefore it is very difficult to warrant holding sterling from an FX perspective.”

Burberry held back by China lockdowns and U.S. weakness