Home Headlines Oil prices rise as China eases COVID curbs, U.S. storm fuels supply worries
Editorial & Advertiser disclosure
Our website publishes news, press releases, opinion and advertorials on various financial organizations, products and services which are commissioned from various Companies, Organizations, PR agencies, Bloggers etc. These commissioned articles are commercial in nature. This is not to be considered as financial advice and should be considered only for information purposes. It does not reflect the views or opinion of our website and is not to be considered an endorsement or a recommendation. We cannot guarantee the accuracy or applicability of any information provided with respect to your individual or personal circumstances. Please seek Professional advice from a qualified professional before making any financial decisions. We link to various third-party websites, affiliate sales networks, and to our advertising partners websites. When you view or click on certain links available on our articles, our partners may compensate us for displaying the content to you or make a purchase or fill a form. This will not incur any additional charges to you. To make things simpler for you to identity or distinguish advertised or sponsored articles or links, you may consider all articles or links hosted on our site as a commercial article placement. We will not be responsible for any loss you may suffer as a result of any omission or inaccuracy on the website.
Headlines 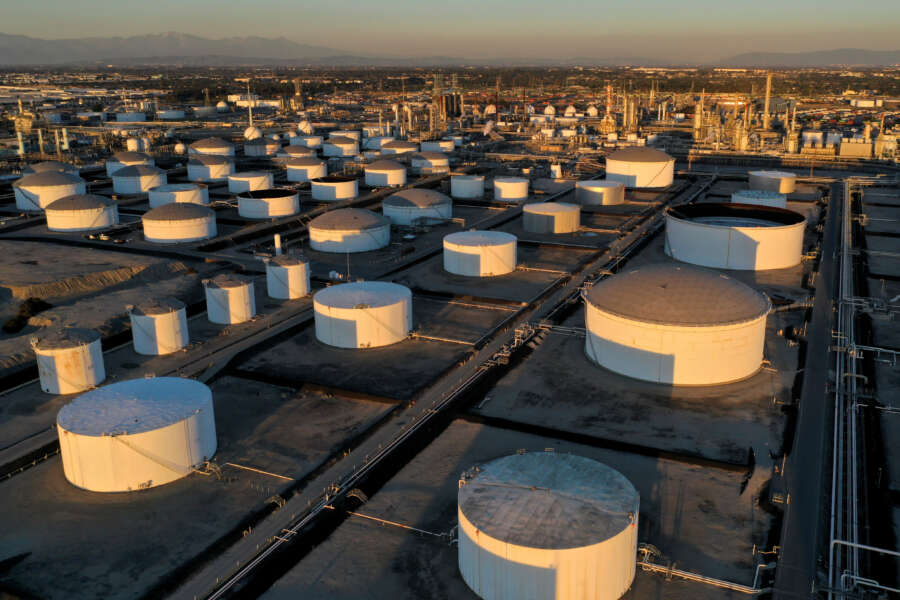 On Friday, Brent rose 3.6%, while WTI gained 2.7%, as they recorded their biggest weekly gains since October.

British and U.S. markets were closed on Monday for the Christmas holiday.

China will end its quarantine requirements for inbound travellers starting on Jan. 8, the National Health Commission said on Monday, dropping a rule in place since the start of the pandemic three years ago. That raised optimism of higher demand from the top crude oil importer.

“Oil demand recovery is in sight for China, which is great news for the refining sector,” said Serena Huang, head of APAC analysis at Vortexa.

The greenback softened after China said it would drop its quarantine rule. A weaker dollar makes oil cheaper for holders of other currencies.

Oil prices are also drawing support from worries about supply disruption due to winter storms in the United States, said Kazuhiko Saito, chief analyst at Fujitomi Securities Co Ltd. The concerns “prompted buying, though trade was thin as many market participants were away on holiday”, Saito added.

“But the U.S. weather is forecast to improve this week, which means the rally may not last too long,” he said.

A blizzard that paralyzed western New York over the Christmas weekend has killed more than two dozen people, local officials said, as crews struggled to dig out the snow-bound region around Buffalo from its fiercest winter storm in decades.

The larger storm system has wreaked havoc with travel across the country over the holiday weekend, stranding passengers as thousands of flights were cancelled.

Frigid cold and blowing winds on Friday knocked out power and cut energy production across the United States, driving up heating and electricity prices.

Russia may cut oil output by 5% to 7% in early 2023 as it responds to price caps, the RIA news agency cited Deputy Prime Minister Alexander Novak as saying on Friday.

(Reporting by Yuka Obayashi in Tokyo and Isabel Kua in Singapore; Editing by Lincoln Feast and Himani Sarkar)