Home Headlines Oil edges up on U.S. pipeline restart uncertainty, Russian supplies
Editorial & Advertiser disclosure
Our website publishes news, press releases, opinion and advertorials on various financial organizations, products and services which are commissioned from various Companies, Organizations, PR agencies, Bloggers etc. These commissioned articles are commercial in nature. This is not to be considered as financial advice and should be considered only for information purposes. It does not reflect the views or opinion of our website and is not to be considered an endorsement or a recommendation. We cannot guarantee the accuracy or applicability of any information provided with respect to your individual or personal circumstances. Please seek Professional advice from a qualified professional before making any financial decisions. We link to various third-party websites, affiliate sales networks, and to our advertising partners websites. When you view or click on certain links available on our articles, our partners may compensate us for displaying the content to you or make a purchase or fill a form. This will not incur any additional charges to you. To make things simpler for you to identity or distinguish advertised or sponsored articles or links, you may consider all articles or links hosted on our site as a commercial article placement. We will not be responsible for any loss you may suffer as a result of any omission or inaccuracy on the website.
Headlines 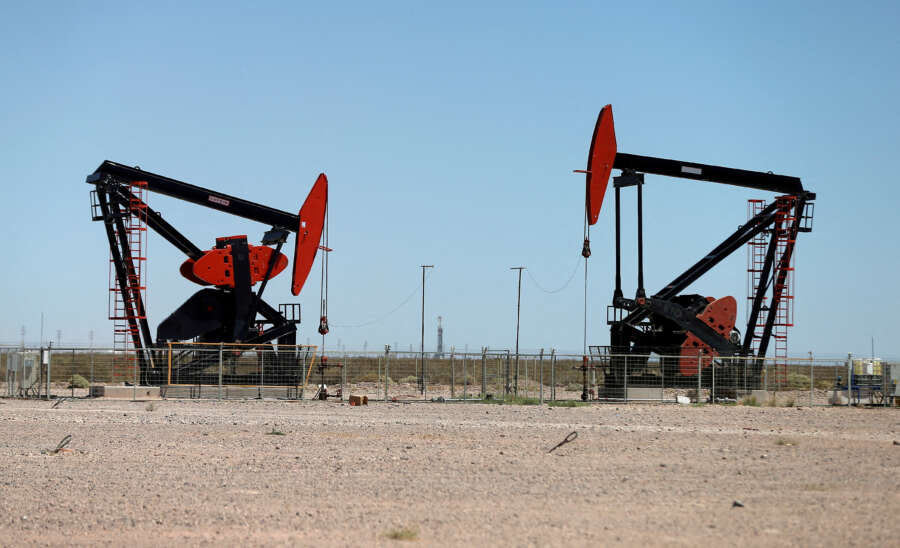 SINGAPORE (Reuters) -Oil prices rose as much as more than 1% on Monday as a key pipeline supplying the United States remained shut while Russian President Vladimir Putin threatened to cut production in retaliation for a Western price cap on its exports.

The price gains on Monday for Brent and WTI came after both grades fell last week to their lowest since December 2021 amid concerns that a possible global recession will impact oil demand.

On Sunday, Canada’s TC Energy said it had not yet determined the cause of the Keystone oil pipeline leak last week in the United States. It gave no timeline as to when the pipeline would resume operation.

The 622,000 barrel-per-day Keystone line is a critical artery shipping heavy Canadian crude from Alberta to refiners in the U.S. Midwest and the Gulf Coast.

China, the world’s biggest crude oil importer, continued to loosen its strict zero-COVID policy, though streets in the capital Beijing remained quiet and many businesses stayed shut over the weekend, with residents saying a return to normal was a long way off.

On Monday, queues formed outside fever clinics on Monday in the cities of Beijing and Wuhan, where COVID first emerged three years ago, a sign of the rapid spread of symptoms after authorities began dismantling stringent measures against the disease.

Putin said on Friday that Russia, the world’s biggest exporter of energy, could cut production and would refuse to sell oil to any country that imposes a “stupid” price cap on Russian exports agreed by G7 nations.

While the uncertainty surrounding European Union sanctions on Russian oil and the related price cap kept volatility high on prices, the sanctions have had a limited impact on global markets so far, ANZ analysts said in a note.

Saudi Arabia’s energy minister also said on Sunday that the impact of the European sanctions and price cap measures had had no clear results yet, and that its implementation was still unclear.

In the U.S., Treasury Secretary Janet Yellen forecast a substantial reduction in U.S. inflation in 2023, barring an unexpected shock.