Home Finance Mums face cost of living crisis already in thousands of pounds of debt
Editorial & Advertiser disclosure
Our website publishes news, press releases, opinion and advertorials on various financial organizations, products and services which are commissioned from various Companies, Organizations, PR agencies, Bloggers etc. These commissioned articles are commercial in nature. This is not to be considered as financial advice and should be considered only for information purposes. It does not reflect the views or opinion of our website and is not to be considered an endorsement or a recommendation. We cannot guarantee the accuracy or applicability of any information provided with respect to your individual or personal circumstances. Please seek Professional advice from a qualified professional before making any financial decisions. We link to various third-party websites, affiliate sales networks, and to our advertising partners websites. When you view or click on certain links available on our articles, our partners may compensate us for displaying the content to you or make a purchase or fill a form. This will not incur any additional charges to you. To make things simpler for you to identity or distinguish advertised or sponsored articles or links, you may consider all articles or links hosted on our site as a commercial article placement. We will not be responsible for any loss you may suffer as a result of any omission or inaccuracy on the website.
Finance 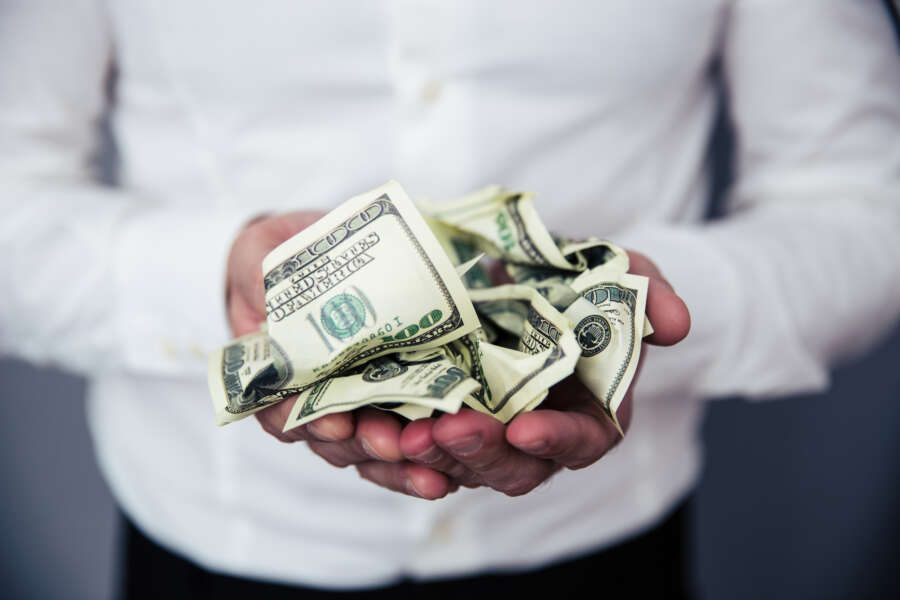 Nearly half [49%] of mums have debts from one to 20 thousand pounds, with one in 10 shouldering debts of over twenty thousand pounds, according to new research from workingmums.co.uk which shows that 90% of mums in work have not had a salary rise in line with inflation*.

workingmums.co.uk’s annual survey lifts the lid on the harsh financial times that mums are trapped in, some with debts of up to twenty thousand pounds, excluding mortgage repayments. A significant 51% of mums say that the cost of living is impacting their childcare decisions, with one in five (22%) mums paying up to £500 per week for childcare support. One in four (24%) mums have seen their childcare costs increase significantly in the last few months.

As a result of the rise in the cost of living coupled with debts that are already mounting, 58% of mums are now looking to change jobs, increase their hours or do another additional job to increase their earnings.

Mandy Garner, spokesperson for workingmums.co.uk, says: “Our research has shown just how many mums are living life on credit. Often this starts on maternity leave as mums struggle to afford time off with their newborns and then continues as mums stretch to cover extortionate childcare costs so they can afford to go back to work. Being in the middle of a cost of living crisis and nearing the recession with a twenty thousand pound debt on your shoulders is a terrifying prospect for the one in 10 mums in this position.”

She continues: “The vast majority of mums haven’t received an inflation pay rise for years, which means they are effectively losing money year in and year out. It’s a no-win situation for mums in this scenario, costs are going up, and earnings are going down, with debts on top of this, they are trapped in a catch:22.”

The research reveals that 68% of mums’ careers stalled after having kids. A further 49% of mums say that childcare availability is affecting the hours they work and what they can do, which drops to just 23% comparatively for partners’ hours and what they can do. One support line that is suffering is after-school and holiday clubs, which 14% of mums feel haven’t recovered from Covid, leaving them working shorter days as they struggle around school hours and term dates.

To combat the rising costs, mums have reported cutting back on buying clothes, eating out and food brands, but 7% of mums have needed to visit food banks this year.

Michelle, aged 52, is a single mum who is desperately trying to find a solution to her financial entrapment. “The debts are escalating, and I can’t get on top of it; I just don’t know when it will end. I won’t be able to put the heating on this year, but my daughter, who works from home, will suffer. I haven’t done a big food shop for months. I can’t take the risk; I just buy essentials and often skip meals. I have debt collectors calling me. I owe over GBP 10k in tax credits, it’s a terrifying time, and I just don’t know when it will all stop.”

Garner explains: “For many mums, childcare is a luxury, and so they work jobs around their children and rely on credit to make ends meet. Increasing their hours isn’t actually possible if you don’t have childcare support. What the Chancellor is proposing will only push the very mums who need support the most into more debt and more worry. It’s time the government lifted mums out of this never-ending cycle.”

The hidden environmental cost of your savings

How to style your home interior to improve wellbeing