Home Headlines London flight, hotel fares surge ahead of Queen’s funeral
Editorial & Advertiser disclosure
Our website publishes news, press releases, opinion and advertorials on various financial organizations, products and services which are commissioned from various Companies, Organizations, PR agencies, Bloggers etc. These commissioned articles are commercial in nature. This is not to be considered as financial advice and should be considered only for information purposes. It does not reflect the views or opinion of our website and is not to be considered an endorsement or a recommendation. We cannot guarantee the accuracy or applicability of any information provided with respect to your individual or personal circumstances. Please seek Professional advice from a qualified professional before making any financial decisions. We link to various third-party websites, affiliate sales networks, and to our advertising partners websites. When you view or click on certain links available on our articles, our partners may compensate us for displaying the content to you or make a purchase or fill a form. This will not incur any additional charges to you. To make things simpler for you to identity or distinguish advertised or sponsored articles or links, you may consider all articles or links hosted on our site as a commercial article placement. We will not be responsible for any loss you may suffer as a result of any omission or inaccuracy on the website.
Headlines 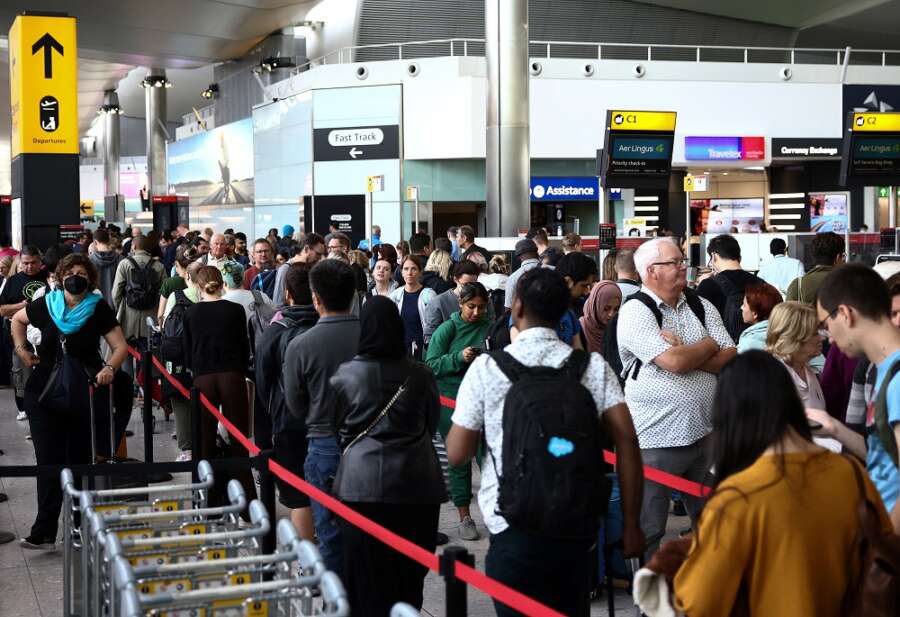 By Muhammed Husain and Chandini Monnappa

(Reuters) – Hotel prices in London and airfares to the British capital are soaring as hundreds of thousands of people flock there ahead of Queen Elizabeth’s funeral on Monday, potentially providing some respite to the city’s tourism business amid economic woes.

The death of the queen, 96, on Sept. 8 ended a 70-year run on the throne that made her Britain’s longest-reigning monarch and one of the world’s most recognisable faces as the only British monarch most living people have ever known.

Since the announcement of her death, the average rate for a hotel in London increased to $384 per night from $244 per night, according to Hayley Berg, lead economist at travel startup Hopper.

The rush for accommodation comes as members of the public visit the capital to pay their respects and foreign delegations arrive for the funeral on Sept. 19, with authorities preparing for a huge turnout.

Hundreds of thousands of people are expected to file past her coffin in a round-the-clock lying-in-state from Wednesday evening to early on the day of her funeral.

High-end hotels – Claridge’s, the Connaught, The Dorchester, and the Berkeley in the upmarket Mayfair district – were sold out for Sunday night, their websites showed.

Rates had breached 1,200 pounds ($1,388) for a five-star hotel on Monday and were expected to double in the next five days as the city’s hotel system reaches 95% occupancy levels, HotelPlanner said.

More than 60% of travellers were foreign visitors, it added.

Standard hotel chains have also been inundated. More than a dozen hotels operated by Premier Inn owner Whitbread in the city centre were booked out, a Reuters search showed.

Travelodge, which has 78 hotels in the capital said it had seen a surge in booking from all corners of the UK.

A weaker pound is also attracting people from abroad and the influx may provide a boost to restaurants, pubs and museums still recovering from the pandemic and as record levels of inflation bite.

It’s too early to estimate how big an impact it may have.

Most businesses will likely be shut on Monday, which has been declared a public holiday, limiting the benefit for the hospitality and tourism sector, said Samuel Tombs, chief UK economist at Pantheon Macroeconomics.

Still, many will be able to make up for it, as most of them did in June after the extra holiday for the Jubilee and similar events in the past had minimal impact on consumers’ confidence and their spending decisions, he said.

For now, Pantheon is expecting a 0.2% hit to September GDP levels from the funeral.

How China became big business for Twitter, from blocking to blue checks