Home News Lack of transparency is hindering AI adoption in healthcare
Our website publishes news, press releases, opinion and advertorials on various financial organizations, products and services which are commissioned from various Companies, Organizations, PR agencies, Bloggers etc. These commissioned articles are commercial in nature. This is not to be considered as financial advice and should be considered only for information purposes. It does not reflect the views or opinion of our website and is not to be considered an endorsement or a recommendation. We cannot guarantee the accuracy or applicability of any information provided with respect to your individual or personal circumstances. Please seek Professional advice from a qualified professional before making any financial decisions. We link to various third-party websites, affiliate sales networks, and to our advertising partners websites. When you view or click on certain links available on our articles, our partners may compensate us for displaying the content to you or make a purchase or fill a form. This will not incur any additional charges to you. To make things simpler for you to identity or distinguish advertised or sponsored articles or links, you may consider all articles or links hosted on our site as a commercial article placement. We will not be responsible for any loss you may suffer as a result of any omission or inaccuracy on the website.
News

Lack of transparency is hindering AI adoption in healthcare 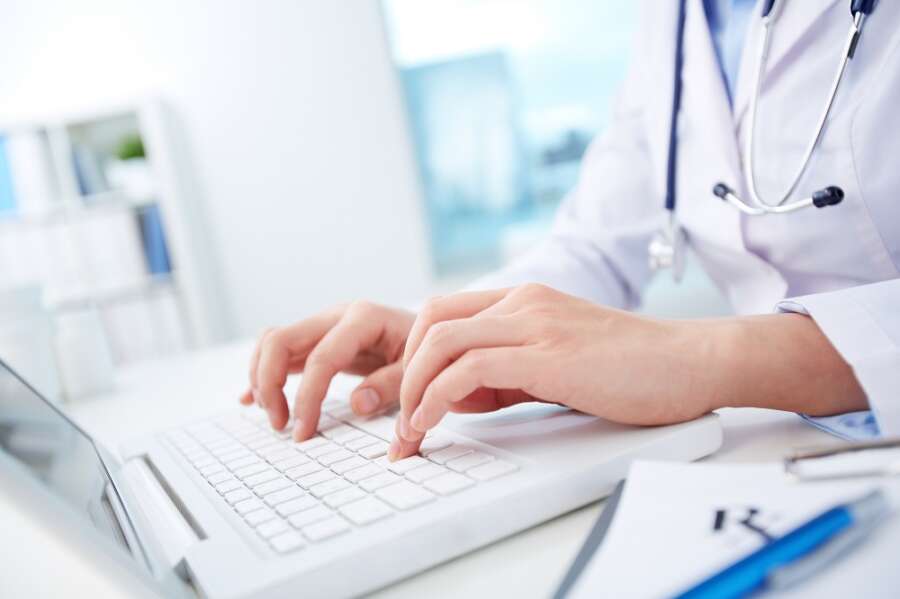 A new study investigating the reasons behind slow AI adoption in the healthcare sector has revealed users are reluctant to place the same levels of trust in machines as they are in human healthcare providers, because they do not understand how the technology works.

The research, conducted by Dr. Romain Cadario at the Rotterdam School of Management Erasmus University, alongside Dr Chiari Longoni and Professor Carey Morewedge at Boston University Questrom School of Business, reviewed the importance of technology transparency when urging consumers to adopt AI-enabled healthcare technologies, such as healthcare apps and other monitors, into their day to day lives.

“Artificial intelligence is revolutionising the healthcare industry, offering services at a cost and scale that makes healthcare more accessible and affordable to more patients in both developed and developing countries. Many AI-driven diagnosis can perform comparably or even better than human specialists, as well providing easier access to information for patients outside of clinical settings via smart devices. However, the clarity of these benefits is often matched by the opacity with which they are delivered, which presents a major barrier to their adoption.”

By conducting five online experiments with a sample of 2,699 American citizens, the study revealed that consumers wrongly believe that they can better understand decisions made by human healthcare providers than any comparable decisions made by their AI-led healthcare counterparts, even when they lack any level of insight into how algorithmic and human providers make medical decisions.

“In one experiment, for instance, we randomly assigned a group of participants to self-assess how well they felt they understood the process by which human provider or an algorithmic provider triages potentially cancerous skin lesions through visual inspection. We then assigned another group to take a test measuring their actual understanding of his process and compared the responses of the two groups. We found that participants consistently claimed lower subjective understanding for medical decisions made by algorithmic providers—even though their objective understanding of both AI and human practitioner decision making was the same.”

The researchers say this lack of transparency has led to consumers viewing healthcare AI as an indecipherable “black box”, making them less likely to make use of such services. Concerningly, the researchers say this perspective has also hindered AI adoption and implementation by decision-makers within the healthcare sector as they too are commonly in the dark about how such systems work, thus remaining unsure of its benefits and unlikely to invest.

Dr Cadario and his colleagues advocate for AI providers and the healthcare services that use them to do a better job of providing clarity to consumers, to help boost trust and improve uptake.
A further experiment conducted by the team indicated that such simple steps can hold significant benefits. Using Google Ads, the researchers discovered that an advertisement for a skin cancer diagnosis application that explained how its algorithm worked had a higher click-through rate than the same ad ran without the explanation received.

The study’s findings are particularly significant as ethicists and policymakers argue that patients have a right to understand how decisions are made on their behalf, and as bodies such as the UN, the American Medical Association and the UK’s National Health Service all debate the ways and means for which AI adoption can meet ethical standards in healthcare.