Home Technology hyperTunnel reveals the world’s first underground structure built entirely by robots
Our website publishes news, press releases, opinion and advertorials on various financial organizations, products and services which are commissioned from various Companies, Organizations, PR agencies, Bloggers etc. These commissioned articles are commercial in nature. This is not to be considered as financial advice and should be considered only for information purposes. It does not reflect the views or opinion of our website and is not to be considered an endorsement or a recommendation. We cannot guarantee the accuracy or applicability of any information provided with respect to your individual or personal circumstances. Please seek Professional advice from a qualified professional before making any financial decisions. We link to various third-party websites, affiliate sales networks, and to our advertising partners websites. When you view or click on certain links available on our articles, our partners may compensate us for displaying the content to you or make a purchase or fill a form. This will not incur any additional charges to you. To make things simpler for you to identity or distinguish advertised or sponsored articles or links, you may consider all articles or links hosted on our site as a commercial article placement. We will not be responsible for any loss you may suffer as a result of any omission or inaccuracy on the website.
Technology 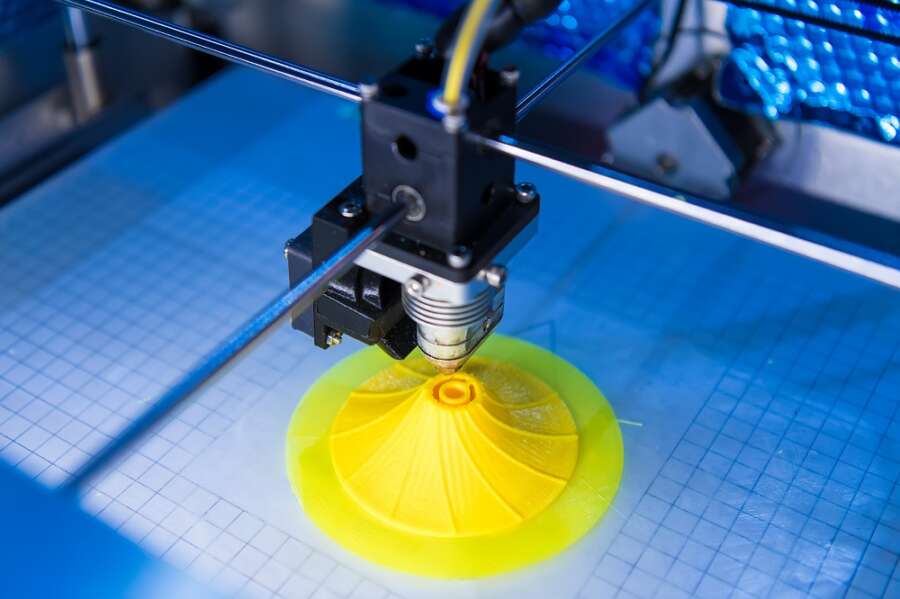 hyperTunnel’s completely new automated construction method is designed to build tunnels more than 10 times faster and at half the cost of conventional methods. The approach is significantly friendlier to the environment and will use sustainable materials such as low-carbon concrete. Without any human needing to enter the structure during construction, the hyperTunnel method could transform safety in the tunnelling industry.

Using swarm construction methods according to a digital twin of the tunnel, a fleet of ‘hyperBot’ robots enters the ground via an arch of HDPE pipes. Once inside, the robots 3D-print the tunnel shell by deploying construction material directly into the ground. The 6 metre-long, 2 metre-high and 2 metre-wide Peak XV ‘pedestrian-scale’ tunnel has been delivered as part of a project for Network Rail and revealed at the British Tunnelling Society Conference & Exhibition in London (October 11th & 12th).

The Network Rail project has been demonstrating the hyperTunnel process, investigating the technologies that are key to low-disruption tunnel repairs for the UK’s regional railway infrastructure, which includes approximately 650 Victorian age tunnels.

David Castlo, Network Technical Head (Mining and Tunnels) at Network Rail, said: “Our large portfolio of Victorian tunnels requires increasing levels of work to meet the needs of the railway network. However, we want to reduce the level of disruption to our passengers so we are constantly searching for new approaches to enlarging or repairing tunnels that reduce the length of time a tunnel will be closed to trains. Peak XV moves us a step closer to that goal and, crucially, with a method that reduces workforce safety risk.”

Steve Jordan, co-CEO and co-Founder of hyperTunnel, said: “To unveil our first large scale demonstration tunnel is a big step, not only for hyperTunnel, but for the tunnelling and construction industries which are eagerly anticipating the readiness of our approach to use, as appropriate, in their global projects. While using robots exclusively to build underground structures is dramatically different, the contributing technologies, such as digital twins, robotics, 3D printing and digital underground surveying, supported by AI and VR, are all well-proven in other industries. In fact, the hyperTunnel in-situ method is all about de-risking construction projects.”

Research finds 83% of UK marketers believe attention is an important factor in...

The CaixaBank Board of Directors approves the appointment of three new Business Area...

“Perception versus reality” – What makes a good cloud service deal