Home Headlines Hungary ramps up rate hikes as war stokes inflation risks
Our website publishes news, press releases, opinion and advertorials on various financial organizations, products and services which are commissioned from various Companies, Organizations, PR agencies, Bloggers etc. These commissioned articles are commercial in nature. This is not to be considered as financial advice and should be considered only for information purposes. It does not reflect the views or opinion of our website and is not to be considered an endorsement or a recommendation. We cannot guarantee the accuracy or applicability of any information provided with respect to your individual or personal circumstances. Please seek Professional advice from a qualified professional before making any financial decisions. We link to various third-party websites, affiliate sales networks, and to our advertising partners websites. When you view or click on certain links available on our articles, our partners may compensate us for displaying the content to you or make a purchase or fill a form. This will not incur any additional charges to you. To make things simpler for you to identity or distinguish advertised or sponsored articles or links, you may consider all articles or links hosted on our site as a commercial article placement. We will not be responsible for any loss you may suffer as a result of any omission or inaccuracy on the website.
Headlines 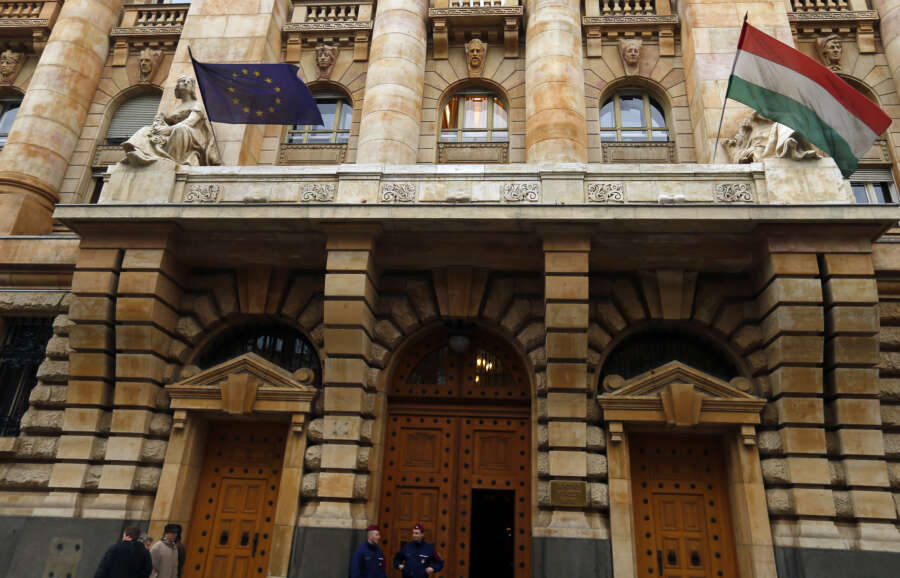 By Gergely Szakacs and Krisztina Than

BUDAPEST (Reuters) – The National Bank of Hungary raised its base rate by 100 basis points to 4.4% on Tuesday, the biggest hike in the rate since 2008, saying rising energy costs and the war in Ukraine had fuelled inflation risks.

Economic growth will likely be slower than expected this year with the war hitting growth directly through disruption to international supply chains and trade channels and through rising commodity prices, it added.

“The Russia-Ukraine war has posed a much higher risk than usual to the outlook for inflation. The increase in inflation risks warrants a further tightening of monetary conditions,” the Monetary Council said in a statement.

The rate increase was bigger than analysts’ median forecast for a 75 bps hike in both its base rate and the overnight deposit rate in a Reuters poll last week. The bank hiked all interest rates by 100 basis points.

The bank said strong domestic demand may partly offset the adverse effects of the Russia-Ukraine war on growth but exports are expected to make a smaller-than-expected contribution to GDP in 2022 because of supply chain disruptions.

“Depending on the duration of the war and the policy of sanctions, GDP is likely to expand at a slower rate than expected, by 2.5%-4.5% percent in 2022,” the bank said.

Hungarian headline inflation continued its surge in February, hitting 8.3%, despite government-imposed price caps on some basic foods, fuel and energy.

Strong price pressures across Central Europe have been exacerbated by the war in Ukraine, which sent the region’s currencies — including the forint — to record lows versus the euro earlier this month.

The forint firmed to 371.27 from 371.65 on the rate announcement. It has recovered from record lows of 400 this month, helped by the NBH’s pledge that it would use all tools at its disposal to shore up the markets.

“We think that the recent deterioration in the inflation outlook argues in favour of further large hikes,” Liam Peach at Capital Economics said in a note.

“We expect the base rate to rise above 6% and short-term interest rates towards 8% in the coming months, but there’s a risk of rates rising more quickly if the forint suffers fresh large falls.”

(Reporting by Gergely Szakacs and Krisztina Than; Editing by Raissa Kasolowsky and Alison Williams)