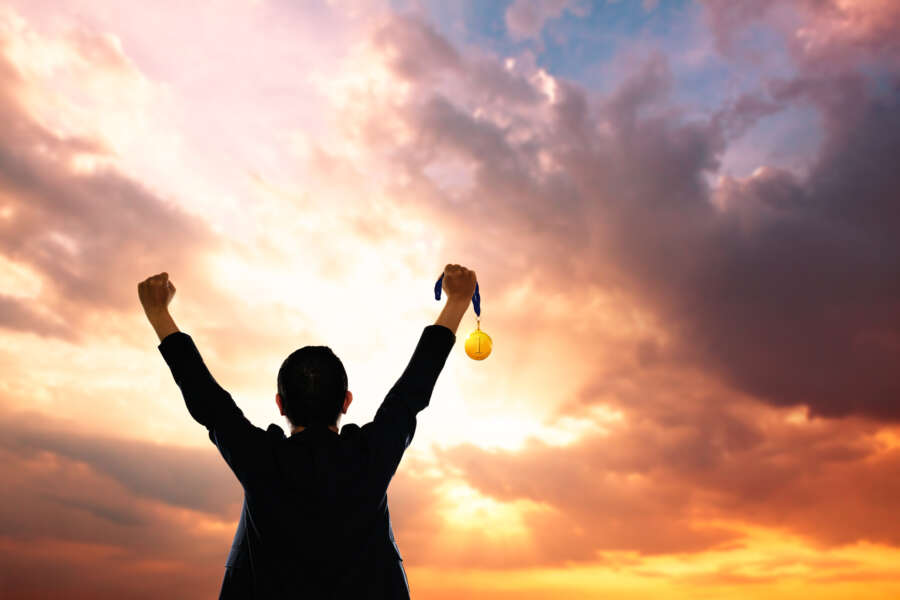 Each person generates 12 Olympic medals of e-waste each year

All medals at the 2020 Tokyo Olympicswere made from recycled electronic waste, including discarded smartphones, digital cameras and other handheld games and laptops. The recycling campaign produced 32 kg of gold, 3,490kg of silver and 2,200kg of bronze from the thousands of tonnes of e-waste collected.

As the Olympics concluded on Sunday evening and the final medal totals were revealed, IT Specialists Stone Group, discovered that it took over 20,000 tonnes of e-waste to make the medals for the countries finishing in the top 10 positions, equivalent to almost 13 million laptops! 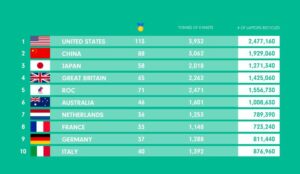 E-waste is currently one of the fastest growing waste streams in the world. In 2019, the world collectively generated 53.6 million metric tonnes of e-waste; but just 17.4% of this was formally and responsibly collected and recycled. A report from 2019 estimated global e-waste is worth £49bn ($62.5bn) annually.

Tim Westbrook, director of Stone Group, has previously called for a government intervention into the global e-waste crisis.

“The 2020 Tokyo Olympic medals have been a fantastic way to increase awareness of how electronic waste is blighting our planet.

While it’s good to see organisations choosing a more sustainable approach to IT hardware purchasing and disposal, it’s time for tech firms to take responsibility for their role in the creation of e-waste. We want to see manufacturers and resellers tell customers that they will take back and responsibly recycle any devices they sell to them.

Urgent action is needed to help combat the enormous e-waste challenge we face, with real direction from government’s across the world to cement the vital changes needed.”

75% of the materials in small old unwanted electricals can be recycled, such as precious materials like gold, silver, aluminium, and steel. Despite this, less than a fifth of scrap ends up recycled, leading to a slew of environmental and health problems as the electronic waste in question usually ends up dumped on landfills.

There are hopes that the Paris Games in 2024 will emulate the approach, taking the 2020 Tokyo Medal Project as an example. Los Angeles has already pledged that they plan on working towards sustainability, inclusiveness, and innovation.

Show British Bees in Need Some Love This...

January 6, 2022
Editorial & Advertiser disclosureEditorial & Advertiser disclosureOur website provides you with information, news, press releases, Opinion and advertorials on various financial products and services. This is not to be considered as financial advice and should be considered only for information purposes. We cannot guarantee the accuracy or applicability of any information provided with respect to your individual or personal circumstances. Please seek Professional advice from a qualified professional before making any financial decisions. We link to various third party websites, affiliate sales networks, and may link to our advertising partners websites. Though we are tied up with various advertising and affiliate networks, this does not affect our analysis or opinion. When you view or click on certain links available on our articles, our partners may compensate us for displaying the content to you, or make a purchase or fill a form. This will not incur any additional charges to you. To make things simpler for you to identity or distinguish sponsored articles or links, you may consider all articles or links hosted on our site as a partner endorsed link.