Home Business Exploring the Power of Mexican Car Brands
Editorial & Advertiser disclosure
Our website publishes news, press releases, opinion and advertorials on various financial organizations, products and services which are commissioned from various Companies, Organizations, PR agencies, Bloggers etc. These commissioned articles are commercial in nature. This is not to be considered as financial advice and should be considered only for information purposes. It does not reflect the views or opinion of our website and is not to be considered an endorsement or a recommendation. We cannot guarantee the accuracy or applicability of any information provided with respect to your individual or personal circumstances. Please seek Professional advice from a qualified professional before making any financial decisions. We link to various third-party websites, affiliate sales networks, and to our advertising partners websites. When you view or click on certain links available on our articles, our partners may compensate us for displaying the content to you or make a purchase or fill a form. This will not incur any additional charges to you. To make things simpler for you to identity or distinguish advertised or sponsored articles or links, you may consider all articles or links hosted on our site as a commercial article placement. We will not be responsible for any loss you may suffer as a result of any omission or inaccuracy on the website.
Business 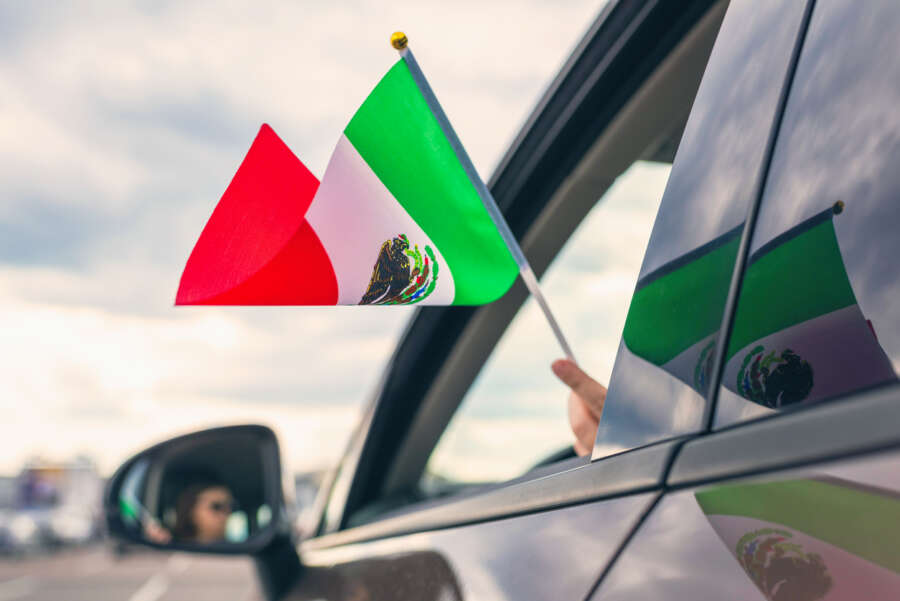 Those who are interested in automobiles should know that the Mexican car industry is full of different types of cars. The different kinds include the Zacua, the Ophidia, the Inferno, the Diesel Nacional, and the Solana. Each of these car brands has its unique look and its unique features.

Solana Cars is a Mexican automobile manufacturing company. This family-run brand has operated since 1936. They manufacture racing cars and kid’s vehicles. Currently, the company is focused on producing sports and performance cars.

The company was started by Moises Solana in 1936. Before becoming an automaker, he specialized in race cars. He is the most famous member of the Solana family. His family has a rich motorsports history. During his time in the industry, he participated in Formula One.

Currently, the company is preparing to build a 1400-horsepower hypercar. While the car is still in the prototyping stage, the company has plans to produce two of them. In addition, they offer custom pricing.

The logo of the company is black and gold with a round “S” in the center. They also have a square segment on top of the logo.

The brand was first produced as a component manufacturer. Later, it started building cars itself. It has manufactured fewer than fifty cars in its history. Earlier models had only one seat. Today, they have models that can accommodate up to two people.

This car brand also offers two limited edition models. For collectors, they can choose from an Aperta or a ’78 Camaro. Clients can also choose the color of the brake calipers and interior leather.

The Mexican car brand Zacua was founded in 2017. It is the first electric car manufactured in Mexico. Since then, it has been developing its line of cars to meet the needs of its target market. This is also the first car that has been assembled by an all-female team.

The company is based in Mexico City but has an assembly plant in Puebla. They aim to create energy-efficient vehicles that are suitable for urban areas.

Zacua has partnered with foreign companies. Currently, they have two models on the market. They are the MX2 and MX3. The MX2 is a small coupe with an aerodynamic design. Moreover, it is equipped with Bluetooth connectivity and navigation.

On the other hand, the MX3 is a hatchback with a classic look. It has a motor that produces 34kW. It has a maximum speed of 85 km/h.

The battery gives the car a range of 100 miles. However, the charging process takes eight hours. The Zacua models are available for US$30,500.

The company is a subsidiary of the Mexican company Motores Limpios SA de CV. According to the company, its goal is to reduce pollution in the country. In addition, the company also hopes to speed up the transition to electric cars.

Zacua’s cars have a battery that offers 100 miles of range. Each vehicle is handcrafted. Mechanics and women who work at the engineering center.

The Mexican automotive sector is one of the most successful in the world. Its exports are expected to grow more than they are currently. However, its domestic market has its ups and downs.

Mexico has many car brands. One of these is Mastretta. This company is located in Mexico City.

Founded in 1987, Mastretta is a designer and manufacturing company. The company has been known for its sports cars and racing. They also make microbuses and cars with Volkswagen models as their base. Their most popular car is the Inferno Exotic Car.

The company plans to produce a 1400-horsepower hypercar. The brand’s logo is based on a diagonal black and white racing stripe.

The company also makes kit cars. In addition to producing vehicles, they also develop engines for cars. These include the two-liter turbocharged GDI I4 engine, which is used in the MTX.

Until recently, the Mastretta MXT was the first sports car manufactured in Mexico. The MXT was a two-door coupe that cost $60,000 each. The car went on to sell to the international commercial market.

Several of Mastretta’s vehicles were influenced by the Lotus Elise. Another model was the Ophidia. Although it is similar to the Ford 200, it is inspired by Mustang Hydra.

The company is now owned by Opac Group. Recently, they joined forces with Senior Automotive Engineer Antonio Ferraiolo. They are designing new supercars and hypercars in small batches.

The latest creation of the Mexican automotive industry is the Inferno Exotic Car. Its design is the work of Antonio Ferrarioli, a world-renowned designer. He has worked on many Lamborghini supercars, such as the Aventador SV and Veneno Coupe.

The car’s design features flame-themed bodywork and a center-mounted exhaust system. There are also wings, fins, and blades, as well as a canopy-like roof to feed air to the engine. This is a unique design.

Inferno’s body is made from a new patented material called Metal Foam. It is composed of a zinc-aluminum-silver alloy, which can be stretched up to 100 times its original length. According to the Technological Institute of Monterrey, it can absorb impact and keep its shape intact.

This metal foam is said to be able to absorb more than 670 pounds of torque. It also helps reduce gas consumption.

While Inferno is not expected to be available in the United States, the car is expected to boost the domestic auto industry in Mexico. Llaguno is confident that Inferno will do well in overseas markets.

The design of Inferno has been in development for seven years. It has been created by the Mexican design team in partnership with Italian manufacturers. However, the creators have not disclosed details about the powertrain or the pricing of the vehicle.

The website for Inferno claims that it is a “collaboration of brands” and a “twin strip tail light.” They claim that it has an impressive 1,400 horsepower.

The Mexican car brand Diesel Nacional is one of the oldest companies in Mexico. It was founded in 1951. Since then, it has produced many vehicles and bus models.

Today, the company manufactures trucks and buses and focuses on long-distance travel. In addition, it has partnerships with several foreign companies, including Fiat and Chrysler.

Diesel Nacional was established in Ciudad Sahagun, Hidalgo. It is clisely-held by Grupo Empresarial G.

It has a total of 75 million Mexican pesos in capital stock. It is the country’s leading producer of medium-duty and heavy-duty trucks.

It produces a wide range of vehicles and has a plant in Fray Bernardino de Sahagun. Dina has offices in various cities in Mexico, as well as other countries in South and Central America. Moreover, it assembles automobiles for Renault.

Aside from buses and trucks, Dina also manufactures motor coaches. Its products are sold in Mexico, Central America, and the Middle East.

It is also a manufacturer of plastic components. Its flagship product is the Solana Deportivo Series II, which is a vehicle that is built on a tubular space frame. This vehicle packs a powerful Datsun engine.

The Top Most Inspiring Brands