Home Headlines Europe strains for clarity as Russia stands by roubles-for-gas demand
Our website publishes news, press releases, opinion and advertorials on various financial organizations, products and services which are commissioned from various Companies, Organizations, PR agencies, Bloggers etc. These commissioned articles are commercial in nature. This is not to be considered as financial advice and should be considered only for information purposes. It does not reflect the views or opinion of our website and is not to be considered an endorsement or a recommendation. We cannot guarantee the accuracy or applicability of any information provided with respect to your individual or personal circumstances. Please seek Professional advice from a qualified professional before making any financial decisions. We link to various third-party websites, affiliate sales networks, and to our advertising partners websites. When you view or click on certain links available on our articles, our partners may compensate us for displaying the content to you or make a purchase or fill a form. This will not incur any additional charges to you. To make things simpler for you to identity or distinguish advertised or sponsored articles or links, you may consider all articles or links hosted on our site as a commercial article placement. We will not be responsible for any loss you may suffer as a result of any omission or inaccuracy on the website.
Headlines 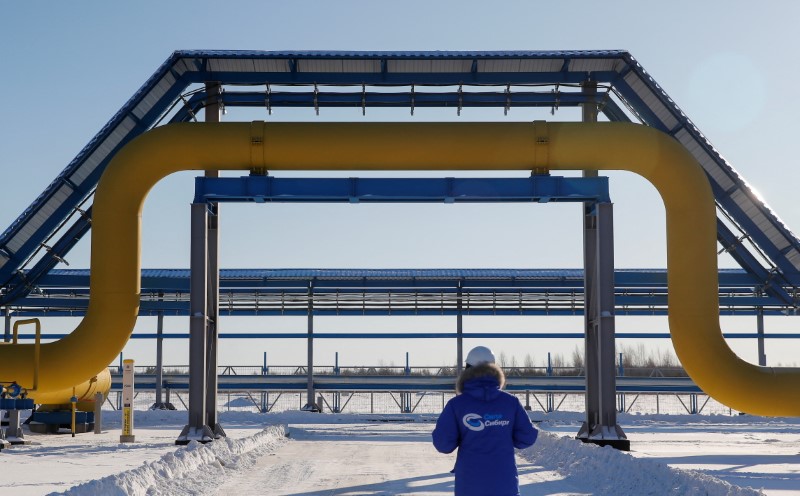 By Kate Abnett and Francesco Guarascio

BRUSSELS (Reuters) – Companies and countries were at odds over Moscow’s rouble-for-gas payment system on Friday, while European officials promised more guidance on whether buying Russian gas can comply with sanctions and Russia said it saw no problem with its plan.

Russia cut gas supplies to Bulgaria and Poland on Wednesday after they refused to abide by the demand issued in a Russian presidential decree last month for gas payments in roubles, prompting concerns other countries could be the next to be hit.

Germany, which imports around half of its gas from Russia, said on Friday energy companies can open special accounts with Gazprombank to pay for Russian gas, without breaching sanctions if transferring euros or dollars to them fulfils their contractual obligations.

It did not specify whether companies could do this and also open a rouble account, as requested by Russia, without being in breach of EU sanctions.

Denmark’s Orsted said it has no intention of opening a rouble account in Russia, although it declined to comment on payment in other currencies. Italy’s ENI also said it had not opened an account in roubles.

Under Russia’s mechanism, buyers are obliged to deposit euros or dollars into an account at privately-owned Russian bank Gazprombank, which has then to convert them into roubles, place the proceeds in another account owned by the foreign buyer and transfer the payment in Russian currency to Gazprom.

EU energy ministers will on Monday hold an emergency meeting to discuss their response to Russia’s demand.

The European Commission, the EU executive, has already said countries may be able to make sanctions-compliant payments provided they declare their payments are completed once it has been made in euros and before it is converted into roubles.

EU countries, however, have said they want more clarity, while Germany, the bloc’s biggest economy and among the most dependent on Russian gas, says it cannot afford to stop buying Russian supplies, even though it is taking steps to find alternative sources of energy.

A European Commission official told Reuters on Friday the executive will provide EU countries with extra guidance following complaints from some countries that ambiguity would leave different countries reaching different interpretations of what they were allowed to do.

Russia on Friday said it saw no problem with its proposed system.

“If the established procedure for interaction between gas buyers and the authorised bank is observed by the buyer, and there are no problems for the authorised bank in terms of selling currency on the stock exchange due to restrictive measures on the part of foreign states, then there cannot be any obstacles to paying for and receiving natural gas,” Russian Central Bank Governor Elvira Nabiullina said.

The rouble has to an extent benefited from Moscow’s demand for roubles payment. The currency hit its highest level versus the euro in more than two years on Friday supported by capital controls as the central bank cut interest rates for the second time this month.

European gas prices have hit record levels since the invasion of Ukraine by Russia, Europe’s top gas supplier, and were up slightly on Friday.

Central to the confusion on the part of the European buyers is whether Russia would only consider the payment to be complete after the gas-to-roubles conversion is done – a transaction that would involve Russia’s central bank, which is subject to EU sanctions.

Speaking on condition of anonymity, an EU diplomat admitted a certain amount of ambiguity could be helpful as the bloc seeks to prevent any widening of divisions between countries, which have different levels of reliance on Russia and different deadlines to make payments.

“In the circumstances, a little bit of a messiness might just be preferable,” the diplomat said.

Poland and Bulgaria have contracts with Gazprom due to expire at the end of this year, which meant their search for alternative supplies was already advanced. Poland also has very healthy gas stocks around 77% full.

Austria’s OMV,, which has a contract with Gazprom until 2040, said it was analysing how a change could be implemented for it to pay in roubles without breaching sanctions when next payment is due in May.

Germany’s advice on Friday echoed that given by the Commission last week, but the Commission also warned complying fully with Russia’s scheme could breach the bloc’s sanctions.

EnBW’s VNG unit on Friday said it is staying within the law when it comes to paying for Russian volumes required under current currency requirements, adding it will not unveil details of contracts with its suppliers..

Dollar on track for best month since 2015