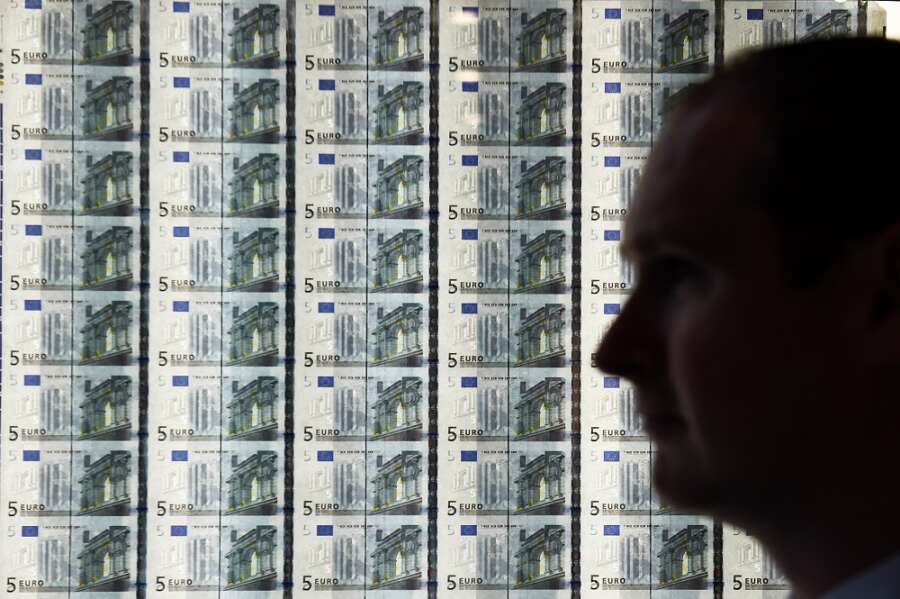 (Reuters) -The euro jumped against the dollar on Thursday after comments from ECB president Christine Lagarde fuelled expectations of faster monetary policy tightening, although the central bank confirmed its guidance for interest rates and its bond purchase programme.

Lagarde acknowledged that inflation was running hotter than expected and with risks tilted to the upside, but continued to forecast it would ease through this year.

Asked if the European Central Bank was “very unlikely” to raise rates this year, Lagarde said it would assess conditions very carefully and be “data-dependent”.

Euro zone money markets are currently pricing an 80% chance of a 10 bps hike in June and an almost 100% chance of 40 bps of hikes by year-end, from a 90% chance of 30 bps hikes before Lagarde’s press conference. [IRPR]

â€œThe ECB has today opened the door to market speculation for a tightening of its monetary policy,â€ Stefano Pesole, forex strategist at ING, said, adding that he sees the euro-dollar exchange rate in a range of $1.13-1.15 in the short term.

â€œThe market is free to speculate that it might change guidance at its monetary policy meeting in March,â€ he added.

Meanwhile, a slump in tech stocks on Wall Street soured risk appetite and provided some support to the dollar.

The U.S. dollar index, which measures the greenback against six rivals, fell 0.5% to 95.513, after falling for three days in a row from around 97.3 on Monday.

Analysts think that the more significant challenge to the greenback has come from Europe as stubbornly high inflation is prompting a re-assessment of the ECB stance which is providing support to European currencies.

Sterling jumped versus the euro after the Bank of England raised interest rates to 0.5% on Thursday, and nearly half its policymakers wanted a more significant increase to contain rampant price pressures.