Home Business DanAds – The Stockholm-based, self-serve advertising platform designed to help publishers automate ad operations, sales and creative asset management
Our website publishes news, press releases, opinion and advertorials on various financial organizations, products and services which are commissioned from various Companies, Organizations, PR agencies, Bloggers etc. These commissioned articles are commercial in nature. This is not to be considered as financial advice and should be considered only for information purposes. It does not reflect the views or opinion of our website and is not to be considered an endorsement or a recommendation. We cannot guarantee the accuracy or applicability of any information provided with respect to your individual or personal circumstances. Please seek Professional advice from a qualified professional before making any financial decisions. We link to various third-party websites, affiliate sales networks, and to our advertising partners websites. When you view or click on certain links available on our articles, our partners may compensate us for displaying the content to you or make a purchase or fill a form. This will not incur any additional charges to you. To make things simpler for you to identity or distinguish advertised or sponsored articles or links, you may consider all articles or links hosted on our site as a commercial article placement. We will not be responsible for any loss you may suffer as a result of any omission or inaccuracy on the website.
Business 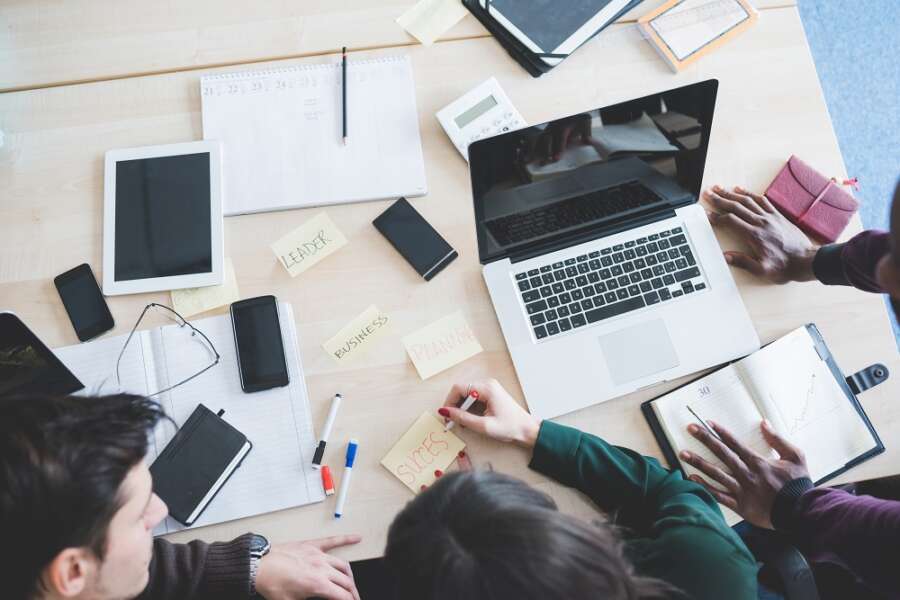 DanAds (www.DanAds.com) is the leading provider of self-serve advertising technology. Founded in Stockholm in 2013, the company now supplies some of the world’s leading publishers with white-labelled and customisable solutions, giving control back to the advertisers by providing an intuitive and automated platform in which to build their ads, set their own campaign budgets, monitor results, and adjust content in a real-time dashboard. Through DanAds’ self-serve platform, publishers receive a greater share of advertising revenue than they would from programmatic ad purchases, where a significant proportion of profit is lost to intermediaries in the supply chain.

Among DanAds’ clients are some of the world’s leading traditional publishers including Hearst Magazines and Bloomberg Media Group, as well as some of the largest UGC (user-generated content) platforms such as Tripadvisor, and SoundCloud. The company has also been listed as one of AdExchanger’s 2020 Programmatic Power Players.

Since its foundation in 2013, DanAds has been on a mission to help the many publishers, who, unlike companies such as Facebook and LinkedIn, may not have the expertise or resources to build their own self-serve platform and, as a result, are stuck in an inefficient cycle of utilising both manual direct sales and third party-controlled, non-transparent programmatic sales.

For businesses, purchasing ads via the publisher’s sales team means that much of the management of creative assets is being controlled manually, requiring the involvement of several internal stakeholders which can be incredibly time-consuming. In addition, the publisher will usually also have a very high minimum spend requirement and if this cannot be met, the advertiser will immediately be rejected before even getting a chance to speak with a salesperson. Hence this prices out a lot of small to medium-sized businesses from being able to access online advertising.

For publishers who sell their inventory off programmatically via platforms provided by the big tech giants, new challenges arise. A large proportion of revenue made by the publisher gets siphoned-off to intermediaries in the supply chain, such as media agencies and trading desks, with whom the publisher has little to no involvement with. Additionally, this involvement of numerous third parties reduces transparency as data handled in these transactions tends to be shared unknowingly throughout. Concerningly, a recent study by the Incorporated Society of British Advertisers (ISBA), carried out by PwC, found that there is a lack of understanding and consistency among ad tech suppliers as to how data can legally be shared as well as a lack of uniformity on how it is stored.

The same study also found that around 15% of advertiser spend – representing around one-third of supply chain costs – could not be attributed. What’s more, according to Hamish Nicklin, Chief Revenue Officer at The Guardian, for every £1 spent on its ad inventory, only 30p actually makes it to its back pocket. Thus, the vast majority of the money that advertisers think they are paying to premium publishers does not actually reach them. This is a problem considering the important role that online advertising plays in keeping many publishers afloat, particularly those who have only just survived the shift from print to online.

DanAds is working to rectify this by democratising the online advertising market, which, according to a recent report by eMarketer, is worth $325 billion as of Q4 2019. By offering the accessibility and ease of transaction to both traditional and emerging digital publishers, DanAds provides a direct line between the business and advertiser, offering a one-stop solution that enables automation of all ad operations, sales, and creative asset management. As well as helping to open up additional revenue streams for publishers as the world shifts online. DanAds also enables local and small businesses, for whom the barrier to entry may have previously been too high, to reach the target audience of their choice.

DanAds’ recent partnership with MatchCraft, the digital marketing and advertising platform, enables its publisher clients to also offer the buying and management of social media campaigns via its self-serve platform, further enabling businesses to easily take control of their advertising purchases, regardless of the format. In addition, through its integration with Intercom, the conversational relationship platform, DanAds helps to create a seamless experience for its users, offering advertisers access to support through conversational chatbots, providing real-time, automated assistance, as well as proactive product tours, to guide them through the booking process.

Owing to its native Scandinavian penchant for openness, the company’s self-serve solution is designed to promote transparency between advertisers and publishers, allowing businesses of all sizes to upload their creative assets, gain approval, set their campaign budgets and monitor the results, all within 5 minutes from one single, cloud-based web platform, where no data is ever shared with third parties.

DanAds’ self-serve platform removes the middle-men from the supply chain, increasing transparency and efficiency and, ultimately, the publisher’s bottom line

In addition to co-founding DanAds in 2013, Istvan has more than eight years of marketing and sales experience working with brands and media buyers as Partner & CEO at both United Influencers Group and Mikz Group, as well as a member of the board at Danir Marketing AB.

Peo is a digital marketing strategist with a background in consultancy, entrepreneurship. He has also held a number of senior roles in the media and IT industry with almost a decade’s worth of experience working in ad-tech innovation. Prior to co-founding DanAds in 2013, Peo was part of the founding team for Hybris Empire, a digital media and advertising company.

With over 20 years of experience in developing tech for the media industry, Johan was very much a pioneer in the digital ad space. He is passionate about enabling publishers to both streamline and improve the efficiency of their internal processes through self-serve technology. In 2018, Johan joined DanAds as CTO and Executive Vice President.

Apparel 2.0 – Clothes that Know the Truth

No return of the 9 to 5? Nearly two-thirds of Brits want to work in an asynchronous environment post-pandemic