Home Business Brands must brace themselves for the most frugal Christmas in a generation
Editorial & Advertiser disclosure
Our website publishes news, press releases, opinion and advertorials on various financial organizations, products and services which are commissioned from various Companies, Organizations, PR agencies, Bloggers etc. These commissioned articles are commercial in nature. This is not to be considered as financial advice and should be considered only for information purposes. It does not reflect the views or opinion of our website and is not to be considered an endorsement or a recommendation. We cannot guarantee the accuracy or applicability of any information provided with respect to your individual or personal circumstances. Please seek Professional advice from a qualified professional before making any financial decisions. We link to various third-party websites, affiliate sales networks, and to our advertising partners websites. When you view or click on certain links available on our articles, our partners may compensate us for displaying the content to you or make a purchase or fill a form. This will not incur any additional charges to you. To make things simpler for you to identity or distinguish advertised or sponsored articles or links, you may consider all articles or links hosted on our site as a commercial article placement. We will not be responsible for any loss you may suffer as a result of any omission or inaccuracy on the website.
Business 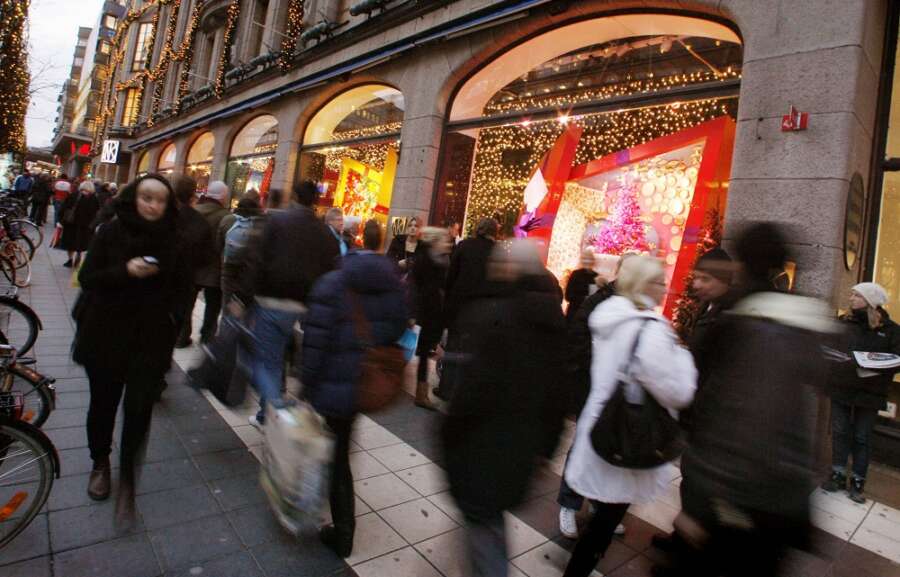 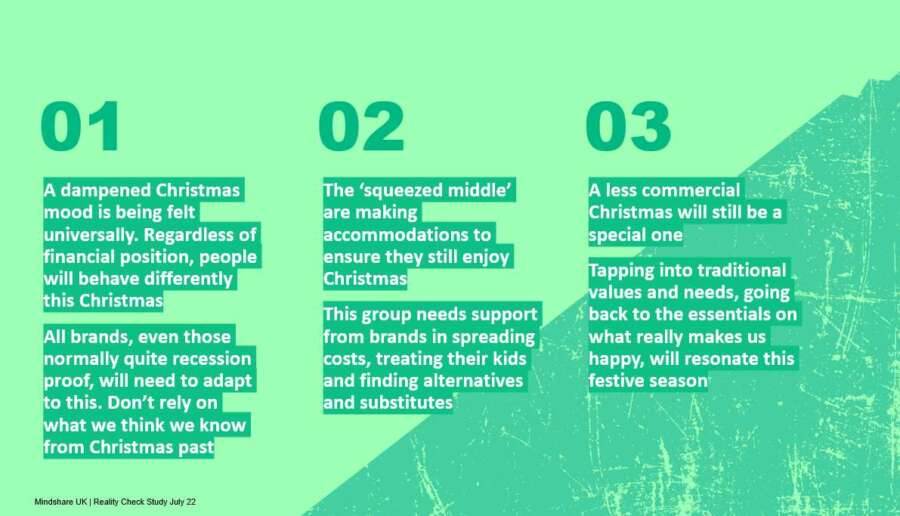 London, 5th September: Brands are being warned to prepare for the most frugal Christmas in living memory as the cost-of-living crisis squeezes people’s spending power.

That’s according to the latest Reality Check report from leading advertising agency Mindshare. The report asked over a thousand UK adults from all walks of life how they were feeling about Christmas.

Pessimism regardless of financial position

Just a quarter of those asked said they were feeling positive about the festive season – down almost 25% on the same time last year. Meanwhile, the number of people feeling very negative about Christmas (14%) was almost five times higher than this time last year.

For many respondents, this negativity is directly linked to the cost-of-living crisis. Four in 10 said they were worried about affording Christmas, while three in 10 expected to rely on credit cards more than in previous years. 35-54 year-olds are the age group most likely to be concerned, with over half worried about covering the cost of the festive season.

And with people poised to cut back, brands will need to brace themselves for the most frugal Christmas in living memory. When asked where their focus will be this Christmas, 78% said they would prioritise saving over splurging, 79% predicted they will be staying in rather than going out, and 74% saying they will be holding back rather than indulging. As with other questions, results remained reasonably consistent regardless of household income.

A Merry Christmas is still possible

“This Christmas is quite different to anything advertisers will have experienced before” said Julia Ayling, Head of Research & Insights, Mindshare UK. Regardless of financial position, people will behave very differently this Christmas. All brands, even those that have traditionally been fairly recession proof will need to adapt to this.

There are reasons to be optimistic for brands that manage to resonate with the public over the festive season.

“The ‘squeezed middle’ are making changes to make sure their loved ones can still enjoy Christmas Julia Ayling continued, “this group needs support from brands to spread cost over a longer period, treat their kids and find alternatives and substitutes that celebrate the joy of giving rather being about the monetary value.”

“Let’s not forget that a less commercial Christmas can still be a special one. Tapping into the traditional values of Christmas, and what really makes us happy will resonate with the public this festive season.”