Home Research Reports Autistic individuals score 10% higher in key tech capabilities, according to new research
Editorial & Advertiser disclosure
Our website publishes news, press releases, opinion and advertorials on various financial organizations, products and services which are commissioned from various Companies, Organizations, PR agencies, Bloggers etc. These commissioned articles are commercial in nature. This is not to be considered as financial advice and should be considered only for information purposes. It does not reflect the views or opinion of our website and is not to be considered an endorsement or a recommendation. We cannot guarantee the accuracy or applicability of any information provided with respect to your individual or personal circumstances. Please seek Professional advice from a qualified professional before making any financial decisions. We link to various third-party websites, affiliate sales networks, and to our advertising partners websites. When you view or click on certain links available on our articles, our partners may compensate us for displaying the content to you or make a purchase or fill a form. This will not incur any additional charges to you. To make things simpler for you to identity or distinguish advertised or sponsored articles or links, you may consider all articles or links hosted on our site as a commercial article placement. We will not be responsible for any loss you may suffer as a result of any omission or inaccuracy on the website.
Research Reports 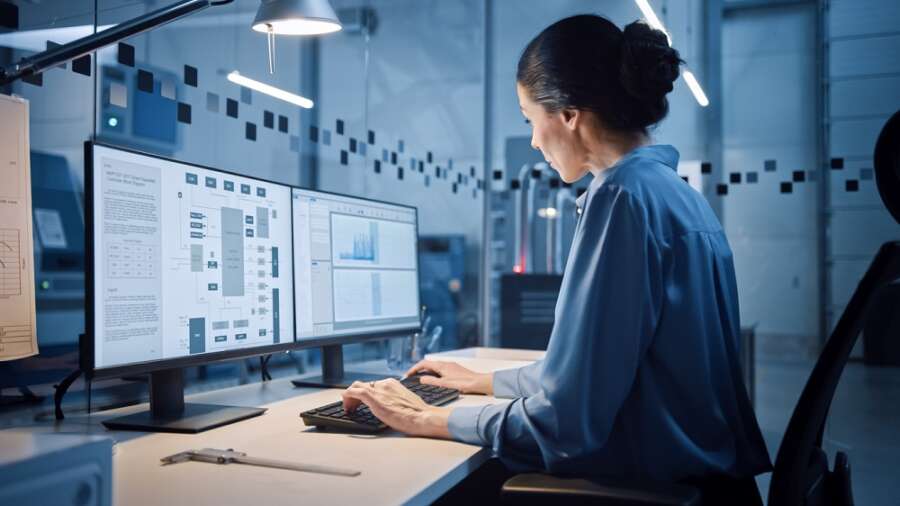 WithYouWithMe research has found autistic individuals may hold the key to solving the digital skills crisis, scoring better than the general population in key digital competencies.

London, Date – Autistic individuals typically score 10 per cent higher in their digital skills aptitude than those with neurotypical traits, according to new data from digital skills company WithYouWithMe (WYWM).

The data, collected from 12,000 test results from more than two years of aptitude testing, observed individuals’ aptitude and attitude to identify their suitability and adaptability to a career in tech, with the aim of identifying people who can help solve the UK’s digital skills crisis.

Neurodivergent individuals – people whose neurological development is either under or over developed such as with autism, ADHD and dyslexia – were found to be most suitable to roles in the technology industry, scoring 10 per cent higher than the general population.

Through its ethical AI testing model, WithYouWithMe also found that almost a third (32 per cent) of neurodivergent individuals scored higher in spatial awareness and 10 per cent high in Digital Symbol Coding. These key skills directly translate to careers in the engineering, IT and data analytics sectors.

Furthermore, individuals with dyslexia were found to score higher in spatial awareness, a key capability for careers in IT systems administration and user-experience.

The research also revealed that autistic individuals most commonly matched with careers in software development, consulting, and digital marketing, as well as scoring higher than the general population in verbal reasoning.

“Our research has shown that autistic, dyslexic or ADHD individuals, as well as those with other cognitive differences, can play a key role in solving the digital skills crisis which engulfs the technology industry.

Neurodivergent individuals are grossly underrepresented when it comes to employment in the UK, and this research shows they possess the necessary aptitude and skills that employers are looking for.

“As an autistic person, I am greatly encouraged to see neurodivergent people recognised for the unique value they bring, but the next step is for widespread training and deployment into key roles within the technology industry where they will make a tangible difference. The benefit will be enormous for individuals to be given more opportunities, and for organisations to help solve the digital skills crisis.”

WYWM is a “social impact” company that lowers the barriers to entry into tech careers.

It works with many of the UK’s biggest organisations – from the Ministry of Defence to tech giant Northrop Grumman – to use innovative psychometric testing to identify people with the aptitude to thrive in tech-based roles who may otherwise be overlooked. It then builds their skills to be employment-ready through accredited digital skills training.

Key to WYWM’s social impact business model is providing upskilling and recruitment opportunities to candidates from diverse talent pools by focusing on their future potential, not their past experience. The company has identified and trained more than 20,000 high performers from groups including the neurodivergent, military veterans and refugees – and also introduced more women to the typically male-dominated tech industry.

The online training offered by WYWM ranges from entry-level to advanced courses across 10 of the most in-demand digital career pathways, such as data analytics, software development and cyber security.

Why Should Business Owners Use Guest Blogging Services?