Home Headlines Analysis-Twitter’s ‘massive’ revenue drop adds to heavy debt burden
Editorial & Advertiser disclosure
Our website publishes news, press releases, opinion and advertorials on various financial organizations, products and services which are commissioned from various Companies, Organizations, PR agencies, Bloggers etc. These commissioned articles are commercial in nature. This is not to be considered as financial advice and should be considered only for information purposes. It does not reflect the views or opinion of our website and is not to be considered an endorsement or a recommendation. We cannot guarantee the accuracy or applicability of any information provided with respect to your individual or personal circumstances. Please seek Professional advice from a qualified professional before making any financial decisions. We link to various third-party websites, affiliate sales networks, and to our advertising partners websites. When you view or click on certain links available on our articles, our partners may compensate us for displaying the content to you or make a purchase or fill a form. This will not incur any additional charges to you. To make things simpler for you to identity or distinguish advertised or sponsored articles or links, you may consider all articles or links hosted on our site as a commercial article placement. We will not be responsible for any loss you may suffer as a result of any omission or inaccuracy on the website.
Headlines 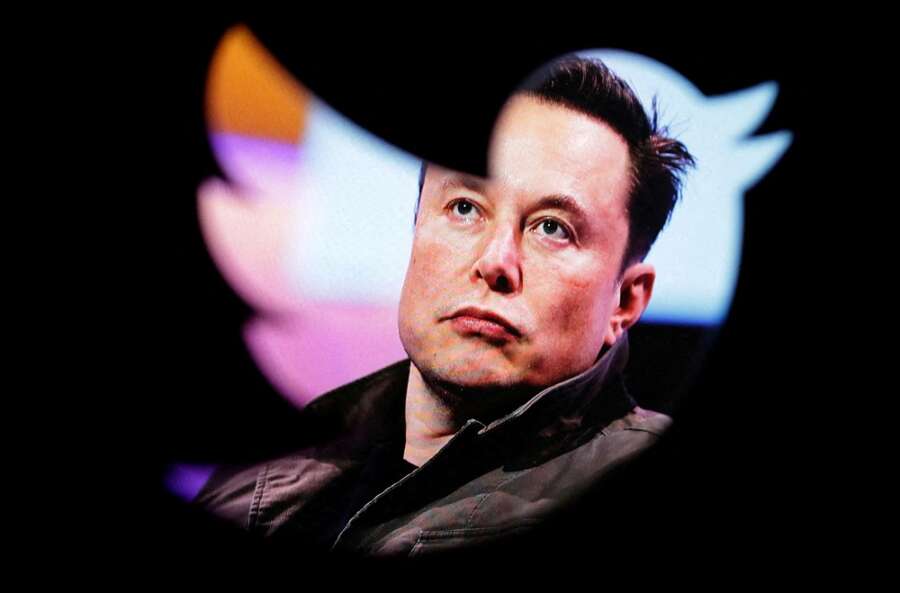 NEW YORK (Reuters) – Elon Musk’s revelation that Twitter has suffered a “massive” revenue drop since he took over 10 days ago underscores the precarious nature of the social media company’s finances after he saddled it with $13 billion in debt, credit experts say.

Musk tweeted on Friday that Twitter was losing more than $4 million a day, largely because advertisers started fleeing once he took over. He has blamed civil rights activists pressuring advertisers, though many in the advertising industry say his tweets spreading conspiracy theories have contributed.

Yet even before this upheaval, Musk had engineered an acquisition that pushed the San Francisco-based company’s finances to the edge.

Twitter faces interest payments totaling close to $1.2 billion in the next 12 months on the debt that Musk piled on it, following a string of interest rate hikes by the Federal Reserve, an analysis of the financing terms disclosed in regulatory filings shows.

The payments exceed Twitter’s most recently disclosed cash flow, which amounted to $1.1 billion as of the end of June, according to financial disclosures Twitter made before Musk took it private on Oct. 27.

Some aspects of Twitter’s current financial health are uncertain, because the company hasn’t made enough disclosures. It’s not clear how much of the $5.29 billion debt Twitter had before the acquisition was refinanced or remained with the company. It’s also not clear how much of the $2.7 billion in cash that Twitter held as of the end of June it got to keep once it went private.

Debt investors and analysts said Musk needs to ensure the company is profitable enough to meet its debt payments or it will require a cash infusion.

“Leverage could spike into the double digits unless Mr. Musk contributes significantly more equity than previously contemplated or significantly improves profitability,” S&P Global analysts wrote in a credit research note. They have given the company a “junk” B-minus rating.

Musk and his co-investors collectively cut a check for more than $30 billion of their own money for the Twitter deal. That money would be at risk if Twitter required a debt restructuring down the line.

Musk has started to dramatically slash costs, letting go of half of the company’s 7,400 employees. Overall, he is trying to find up to $1 billion in annual infrastructure cost savings, including from servers and cloud services. In 2021, Twitter had total costs and expenses of $5.6 billion.

Musk has also outlined plans for a new subscription service that will include the verification of Twitter users’ authenticity and cost $8 per month. If he can generate enough revenue to diversify Twitter’s profits without alienating users, that would be a boon, credit analysts said.

In their note, S&P analysts also said that an expected economic recession would weigh on Twitter’s advertising revenue next year. Musk said last week that Twitter is more vulnerable to cuts in advertising than other social media platforms because most of it comes from advertising of brands, rather than direct-response advertising that involves interaction with the consumers. Advertisers slash brand advertising first during lean times.

Twitter’s woes are also a problem for the banks that backed Musk’s acquisition, even if the company continues to meet its debt obligations, because they need to shed the debt from their books and sell it on to investors. They have held on to it thus far because higher interest rates have made it less attractive to investors, and they would have to sell it at a discount. A deterioration in Twitter’s business has the potential to turn what is currently a loss of hundreds of millions of dollars for the banks into billions of dollars.

“It’s going to be hard to sell the debt because the business is expected to decline next year,” said Roberta Goss, a senior managing director at Pretium Partners LLC, which invests in corporate debt.

At COP27, climate ‘loss and damage’ funding makes it on the table

Factbox-Strikes, protests in Europe over cost of living and pay