Analysis-Neutral Switzerland leans closer to NATO in response to Russia 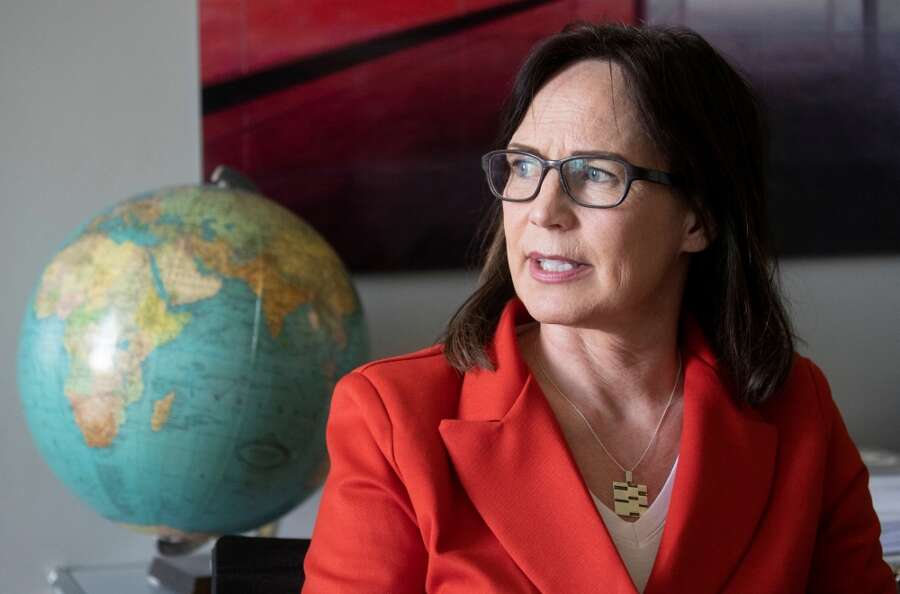 BERN (Reuters) -Switzerland’s fabled neutral status is about to face its biggest test in decades, with the defence ministry tilting closer to Western military powers in response to Russia’s invasion of Ukraine.

The defence ministry is drawing up a report on security options that include joint military exercises with NATO countries and “backfilling” munitions, Paelvi Pulli, head of security policy at the Swiss defence ministry told Reuters.

The details of the policy options under discussion in the government have not been previously reported.

“Ultimately, there could be changes in the way neutrality is interpreted,” Pulli said in an interview last week. On a trip to Washington this week, Defence Minister Viola Amherd said Switzerland should work more closely with the U.S.-led military alliance, but not join it, Swiss media reported.

Neutrality, which kept Switzerland out of both world wars during the 20th century, was not an objective in itself, but was intended to increase Swiss security, Pulli said.

Other options include high-level and regular meetings between Swiss and NATO commanders and politicians, she said.

Moving so much closer to the alliance would mark a departure from the carefully nurtured tradition of not taking sides that its supporters say helped Switzerland prosper peacefully and maintain a special role as intermediary, including during the West’s standoff with the Soviet Union.

The idea of full membership of NATO has been discussed, but whereas Sweden and Finland – countries that also have a history of neutrality – are on the verge of joining, Pulli said the report was unlikely to recommend Switzerland take that step.

The report is due to be completed by the end of September when it will go to the Swiss cabinet for consideration.

It will be submitted to parliament for discussion and serve as a basis for possible decisions on the future direction of Swiss security policy. The report itself will not be submitted to a vote.

The defence ministry will also contribute to a broader study being prepared by the foreign ministry. That project will look at the adoption of sanctions, weapons, munitions exports and the relationship with NATO from a neutrality perspective, the foreign ministry said.

Switzerland nation has not fought in an international war since 1815, when it adopted neutrality at the Congress of Vienna which ended the French Revolutionary Wars.

The 1907 Hague Convention establishes Switzerland will not take part in international armed conflicts, favour warring parties with troops or armaments, or make its territory available to the warring sides.

Neutrality, included in the constitution, does allow Switzerland the right to self defence and scope on how to interpret the political aspects of the concept not covered by the legal definition.

It was last updated in the early 1990s after the collapse of the Soviet Union, to allow a foreign policy based on cooperation with other countries in areas like humanitarian aid and disaster relief.

The Ukraine conflict has revived the debate, now centered on the government’s decisions to impose sanctions on Russia but to stop short of allowing the re-export of Swiss-made ammunition to Ukraine.

“There is a lot of uneasiness that Switzerland cannot contribute more to help Ukraine,” Pulli said.

Backfilling – where Switzerland supplies munitions to other countries to replace those sent to Ukraine – is another potential measure, Pulli said, in a shift from the government’s policy until now, although direct supply is likely a step too far.

President Ignazio Cassis has ruled out arms deliveries to third countries in support of Ukraine, but, possibly showing a more expansive view of the issue, he has also said that neutrality is not a “dogma” and that failure to respond with sanctions “would have played into the hands of the aggressor.”

Switzerland already has some ties to NATO, while last year it decided to buy Lockheed Martin F-35A fighters which are being purchased or already used by some NATO members.

Switzerland “cannot join any alliance because of neutrality. But we can work together and the systems we are buying are a good basis for that,” defence minister Amherd told broadcaster SRF.

The measures under consideration would be a significant move closer for a country that did not join the United Nations until 2002 and produces many of its own weapons.

Vladimir Khokhlov, spokesman for the Russian embassy in Bern, said such measures would amount to a radical change of policy for Switzerland. Moscow would “not be able to ignore” an eventual renunciation of neutrality, which would have consequences, Khokhlov said. He did not provide further details.

The Swiss military favours greater cooperation with NATO as a way to strengthen national defence, while public opinion has undergone a sea-change since the Ukraine invasion.

More than half of respondents – 56% – supported increased ties with NATO, a recent poll found – well above the 37% average in recent years.

Support for actually joining the treaty remains a minority view, but has grown significantly. The April poll by Sotomo showed 33% of Swiss people supported joining the alliance, higher than the 21% long term view in a separate study by ETH university in Zurich.

“Clearly the Russian invasion of Ukraine has changed a lot of minds. This is seen an attack on our western democratic values,” said Michael Hermann of Sotomo.

Thierry Burkart, leader of the right-of-centre Liberal Democratic Party, part of the governing coalition, described a “seismic shift” in how people feel about neutrality.

Neutrality “has to be flexible,” he told Reuters.

“Before Ukraine, some people thought there would never be another conventional war in Europe,” he said, adding that some had advocated for disbanding the army. “The Ukraine conflict shows we cannot be complacent.”

Burkart said he supported higher military spending and a closer relationship with NATO, but not full membership.

The SVP is also part of the governing coalition and is the biggest party in the Swiss lower house of parliament.

“There is no reason to change this successful foreign policy maxim. It has brought peace and prosperity to the people,” Keller said.

The defence ministry disagrees. During her visit to Washington, Amherd said the framework of the neutrality law “allows us to work more closely together with NATO and also with our European partners,” Tagesanzeiger newspaper reported.