Home Finance Analysis-Euro peers over the cliff at dollar parity as recession looms
Editorial & Advertiser disclosure
Our website publishes news, press releases, opinion and advertorials on various financial organizations, products and services which are commissioned from various Companies, Organizations, PR agencies, Bloggers etc. These commissioned articles are commercial in nature. This is not to be considered as financial advice and should be considered only for information purposes. It does not reflect the views or opinion of our website and is not to be considered an endorsement or a recommendation. We cannot guarantee the accuracy or applicability of any information provided with respect to your individual or personal circumstances. Please seek Professional advice from a qualified professional before making any financial decisions. We link to various third-party websites, affiliate sales networks, and to our advertising partners websites. When you view or click on certain links available on our articles, our partners may compensate us for displaying the content to you or make a purchase or fill a form. This will not incur any additional charges to you. To make things simpler for you to identity or distinguish advertised or sponsored articles or links, you may consider all articles or links hosted on our site as a commercial article placement. We will not be responsible for any loss you may suffer as a result of any omission or inaccuracy on the website.
Finance 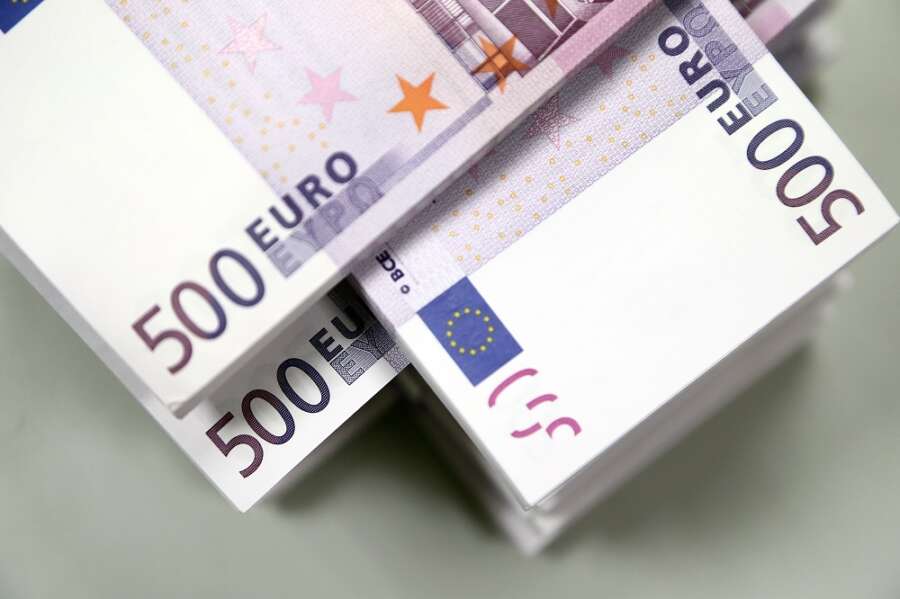 LONDON (Reuters) – The euro’s drop to a five-year low is rekindling the possibility the currency will reach parity versus the dollar for the first time in two decades, as fears of a euro zone recession encourage investors to pile on the bearish bets.

Russia’s move to cut off gas supplies to Bulgaria and Poland is the latest blow for the currency, already pressured by the twin headwinds of a surging dollar and sweeping COVID-linked lockdowns in China, a major market for bloc exports. Germany and other European countries could be next in line for restrictions on gas.

“The embargo could tip the European economy into recession sooner than later and as a result we are short the euro expecting it to weaken to at least $1.05 in the near term and maybe towards parity,” said Kaspar Hense, a senior portfolio manager at Bluebay Asset Management in London.

As the single currency plumbed a low of $1.0514 against the dollar, bringing April losses to 4.5%, some high-frequency financial and economic indicators are flashing red.

Data in the euro zone’s biggest economy Germany showed consumer morale at a historic low and the government sharply cut its 2022 growth forecasts . A credit default swap index showed the cost of insuring exposure to lower-rated European debt is at its highest in two years, highlighting risks companies face.

More downside is likely, said Vasileios Gkionakis, EMEA head of G10 FX strategy at Citi, adding that “speculative positioning is much cleaner than before, suggesting scope for bigger ‘short’ accumulation.”

The ratio of call options on the euro compared to puts almost halved on Wednesday from the previous day to minus 1.8, the lowest since early-April. Call options confer the right to buy an asset while puts enable holders to sell. 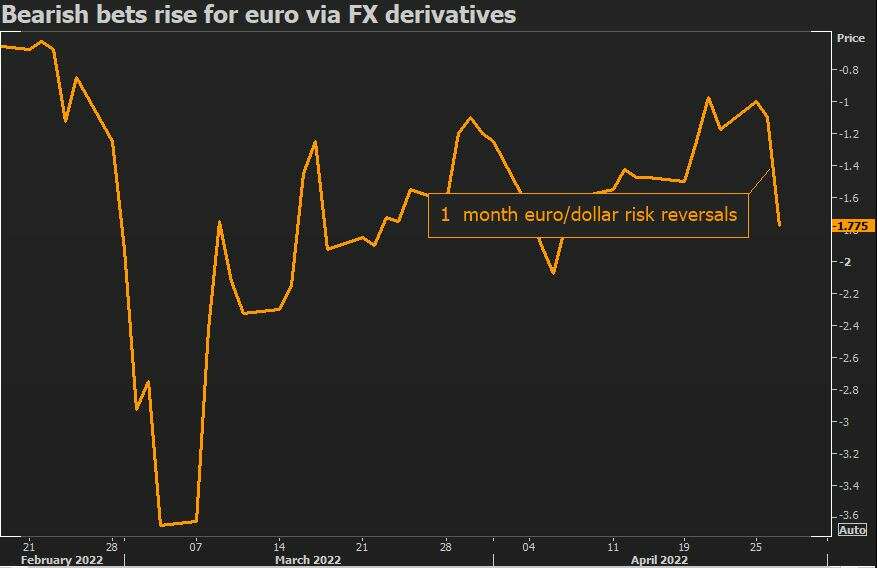 The euro has moved steadily lower since peaking at $1.6 in 2008, deriving little benefit from expectations the European Central Bank may raise interest rates this year by 80 basis points.

That’s because markets are prepped for far more aggressive tightening from the U.S. Federal Reserve, with money markets betting U.S. rates will rise by 1% in the next two meetings.

“In the euro zone, you’re really only talking about getting that deposit rate out of negative territory and maybe back to slightly positive territory by year end. What that means is that the European currency depreciates,” said Craig Inches, head of rates at Royal London Asset Management.

Inches highlighted the euro’s slump against trading partners’ currencies as worrying for bond investors as it can exacerbate the bloc’s 7.4% inflation rate.

A worsening inflation outlook because of currency weakness “makes us assess the value of bond yields… are we being compensated in longer-dated bonds for the inherent term premia and future inflation risk,” he said, adding that 10-year German bonds made little sense at sub-1% yields. 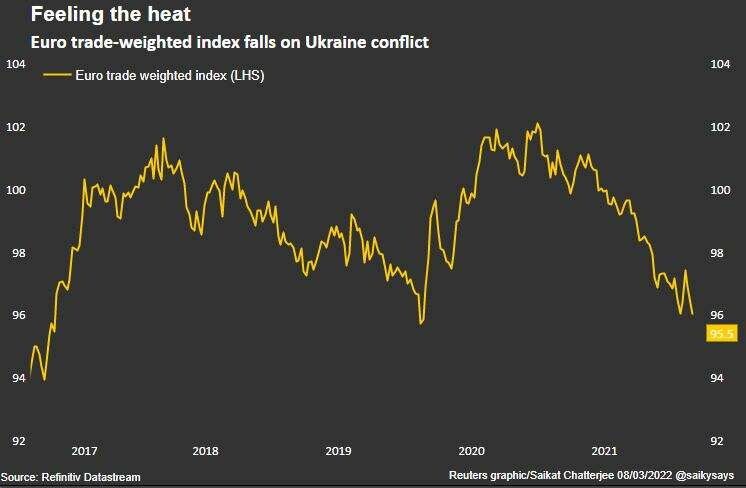 A move to euro-dollar parity won’t be straightforward, with currency traders facing some stiff technical barriers.

The latest drop may be partly down to a positioning clean-out — weekly data from Commodity Futures Trading Commission showed hedge funds broadly neutral on the euro, with short positions well off highs seen in early-2020. .

For those reasons, few banks are willing to forecast euro-dollar parity will be hit; HSBC for instance says the 1.0341 level of early-2017 may heave into sight “if macro and political challenges don’t abate.”

Rabobank said it would reconsider its $1.10 euro forecast, noting the “stronger-for-longer” dollar, but expects “euro-dollar parity will be side-stepped” if energy supply disruptions are averted and ECB policy tightening stays on course. 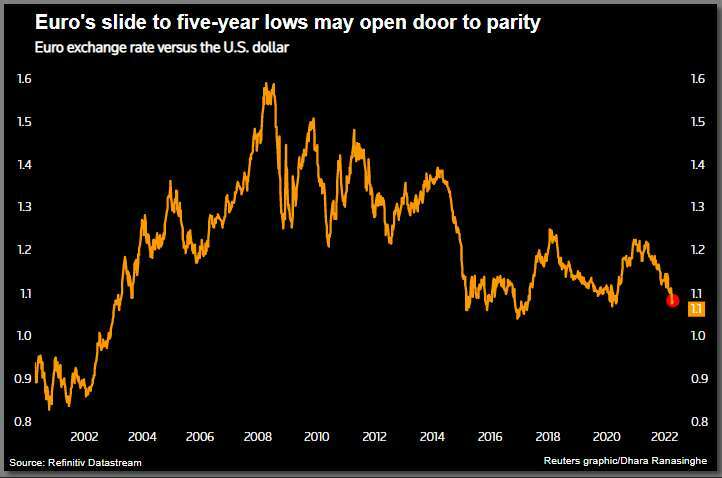 UK report warns of impact of Islamist groups in prisons