World stocks turn positive in May on Fed bets 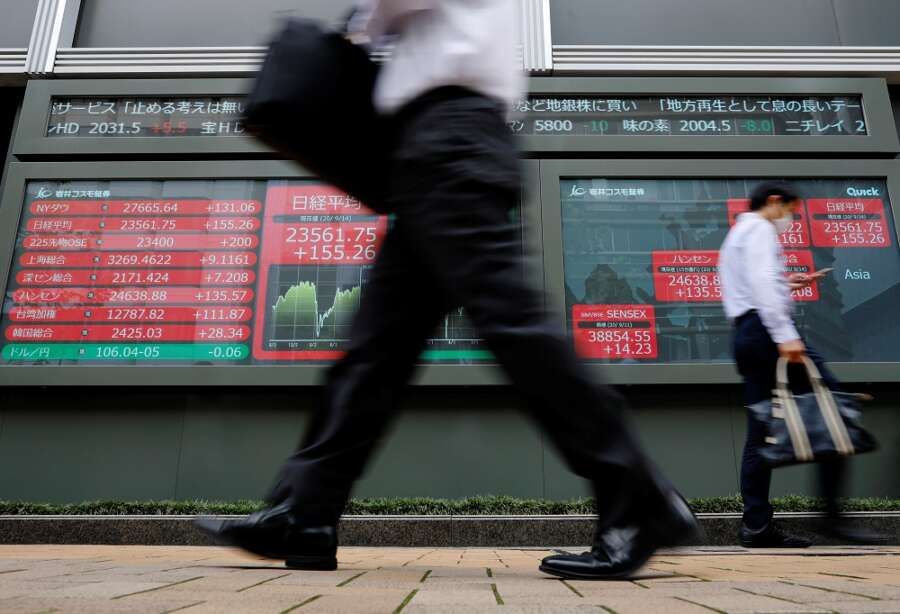 MILAN (Reuters) – World share markets rose on Monday and the dollar was anchored at five-week lows on bets of a possible slowdown in U.S. monetary tightening and after an easing of COVID restrictions in China.

The gains built on last week’s rally, helping the MSCI’s benchmark for global stocks turn positive on the month, as confidence in a less aggressive Federal Reserve grew following signs of peaking American inflation on Friday.

Also helping to mellow the mood was news that Shanghai authorities would cancel many restrictions on businesses resuming work from Wednesday, easing a city-wide lockdown that began two months ago.

The MSCI index hit its highest level in more than four weeks and by 1332 GMT it was up 0.55% to 656.4 points, supported by a positive session in Europe after strong gains in Asia. The index was now up 0.5% so far this month.

“It seems the worst is behind us. The bad news is out. The market is hoping it has seen the bottom,” said Carlo Franchini, head of institutional clients at Banca Ifigest in Milan.

“Then there also seems to be a little more clarity on what the ECB (European Central Bank) will do. There will be rate hikes that should move the bloc away from negative rates that have had an extremely distorting effect on banks and markets,” he added.

Although Wall Street will be shut for the Memorial Day holiday, U.S. derivative markets were open. S&P 500 e-mini futures rose 0.3%, having rallied 6.6% last week in their best run this year, while Nasdaq e-minis were up 0.7%.

Investors have seized on hints that the Federal Reserve, once it has hiked aggressively in June and July, might then slow its tightening.

“Talk of a pause in the Fed rate hike cycle is doing wonders for everything ranging from equities to bonds and – unfortunately – commodities too,” said AFS Group analyst Arne Petimezas in Amsterdam.

“Over the past few weeks about 50bps has been lopped off from Fed terminal rate pricing. Predictably, Fed pricing suggests the Fed will shift a gear lower after the annual Jackson Hole retreat in August,” he added in a note.

The steadier market mood has seen the safe-haven dollar decline, while the euro was boosted by hawkish comments from European Central Bank officials who have been flagging a rate hike as early as July.

“A sharp slowing in the U.S. economy – if not matched by similar weakness in Europe – could result in a meaningful euro rebound, though the reverse is also true if U.S. data hold up better than expected,” Pandl added. “We see downside risks to U.S. growth, and have recommended USD/JPY put options to express this view.”

That underscores the importance of key U.S. data due this week, which includes the ISM survey of manufacturing on Wednesday and the May payrolls report on Friday.

Payrolls are forecast to rise by a solid 320,000, though that would be down from April, with unemployment at 3.5%.

In Europe, yields climbed on Monday after German inflation rose more than expected in May, reaching its highest level in nearly half a century at 8.7%. Germany’s 10-year yields rose 9 bps to an over one-week high of 1.064%.

Oil prices hit their highest in over two months, as traders waited to see whether a planned European Union meeting would reach an agreement on banning Russian oil imports.

(Reporting by Danilo Masoni in Milan and Wayne Cole in Sydney; Editing by Sonali Desai and Susan Fenton)