Home Headlines Volkswagen, BP could expand e-car charging alliance to other regions
Editorial & Advertiser disclosure
Our website publishes news, press releases, opinion and advertorials on various financial organizations, products and services which are commissioned from various Companies, Organizations, PR agencies, Bloggers etc. These commissioned articles are commercial in nature. This is not to be considered as financial advice and should be considered only for information purposes. It does not reflect the views or opinion of our website and is not to be considered an endorsement or a recommendation. We cannot guarantee the accuracy or applicability of any information provided with respect to your individual or personal circumstances. Please seek Professional advice from a qualified professional before making any financial decisions. We link to various third-party websites, affiliate sales networks, and to our advertising partners websites. When you view or click on certain links available on our articles, our partners may compensate us for displaying the content to you or make a purchase or fill a form. This will not incur any additional charges to you. To make things simpler for you to identity or distinguish advertised or sponsored articles or links, you may consider all articles or links hosted on our site as a commercial article placement. We will not be responsible for any loss you may suffer as a result of any omission or inaccuracy on the website.
Headlines

Volkswagen, BP could expand e-car charging alliance to other regions 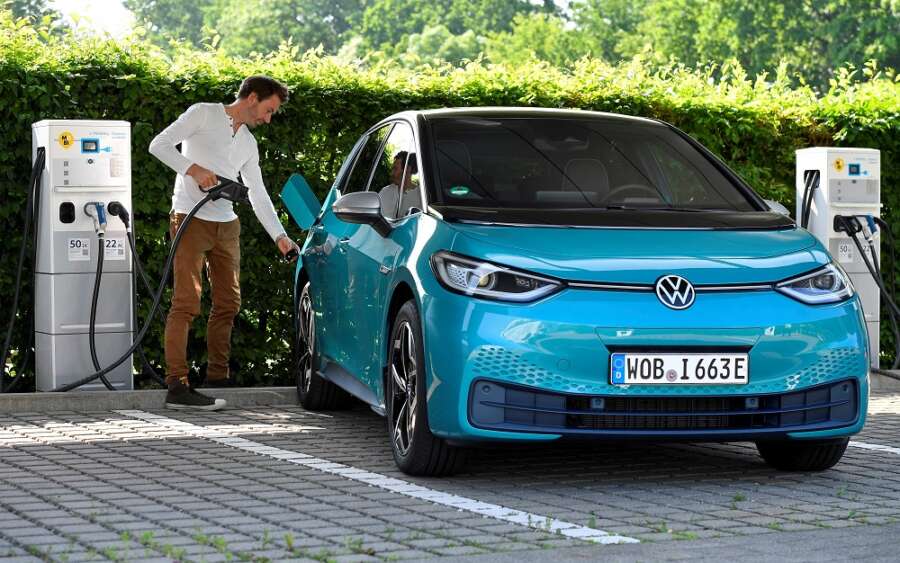 DUESSELDORF, Germany (Reuters) – Europe’s top carmaker Volkswagen and oil major BP plan to deepen their electric charging partnership and could expand it to other regions and technologies, their CEOs said on Thursday.

The comments reflect increasing efforts by carmakers and energy companies, including utilities and oil firms, to expand charging infrastructure for electric vehicles and tackle the issue of range anxiety – or concern about adequate energy storage – that’s still weighing on demand.

To tackle the problem, both groups plan to jointly install 8,000 fast-charging spots across Europe by 2024 for battery-powered vehicles in a deal that will see BP putting up mobile chargers produced by VW at its network of petrol stations.

The mobile fast-chargers will have a capacity of around 150 kilowatts (kW), which can deliver a meaningful charge for a range of around 160 kilometres (100 miles) in just over 10 minutes, making it comparable with the time it takes to refuel.

“There are so many more areas where we are complementary,” Volkswagen CEO Herbert Diess told reporters on the sidelines of an event in Duesseldorf, unveiling the first electric vehicle charging stations of their joint cooperation.

“BP has a very strong network in many places of the world. So it means what we do here we can do in other places as well,” Diess said, adding BP could also be a strong partner in the area of electric truck charging.

The network will be open to other brands, BP CEO Bernard Looney said, a key differentiator to Tesla’s network of superchargers, which has started to open up to rivals but still remains only accessible to Tesla drivers in numerous markets.

“Five hundred and fifty million people live within 20 minutes of a BP site,” Looney said, adding this provided the scale needed to roll out electric chargers on a bigger level.

“The thing that I love about partnerships: we can do coolants together, we can do energy together, electrification, hydrogen … all these things,” he said. “We will do things in 3-4 years together that we didn’t even imagine existed today.”

Volkswagen also has European charging cooperations with Italy’s Enel and Spain’s Iberdrola, with Diess saying there would soon be an update on the latter alliance.