Home Headlines UK’s Sunak, under fire over cost of living, defends his tax cut plans
Our website publishes news, press releases, opinion and advertorials on various financial organizations, products and services which are commissioned from various Companies, Organizations, PR agencies, Bloggers etc. These commissioned articles are commercial in nature. This is not to be considered as financial advice and should be considered only for information purposes. It does not reflect the views or opinion of our website and is not to be considered an endorsement or a recommendation. We cannot guarantee the accuracy or applicability of any information provided with respect to your individual or personal circumstances. Please seek Professional advice from a qualified professional before making any financial decisions. We link to various third-party websites, affiliate sales networks, and to our advertising partners websites. When you view or click on certain links available on our articles, our partners may compensate us for displaying the content to you or make a purchase or fill a form. This will not incur any additional charges to you. To make things simpler for you to identity or distinguish advertised or sponsored articles or links, you may consider all articles or links hosted on our site as a commercial article placement. We will not be responsible for any loss you may suffer as a result of any omission or inaccuracy on the website.
Headlines

UK’s Sunak, under fire over cost of living, defends his tax cut plans 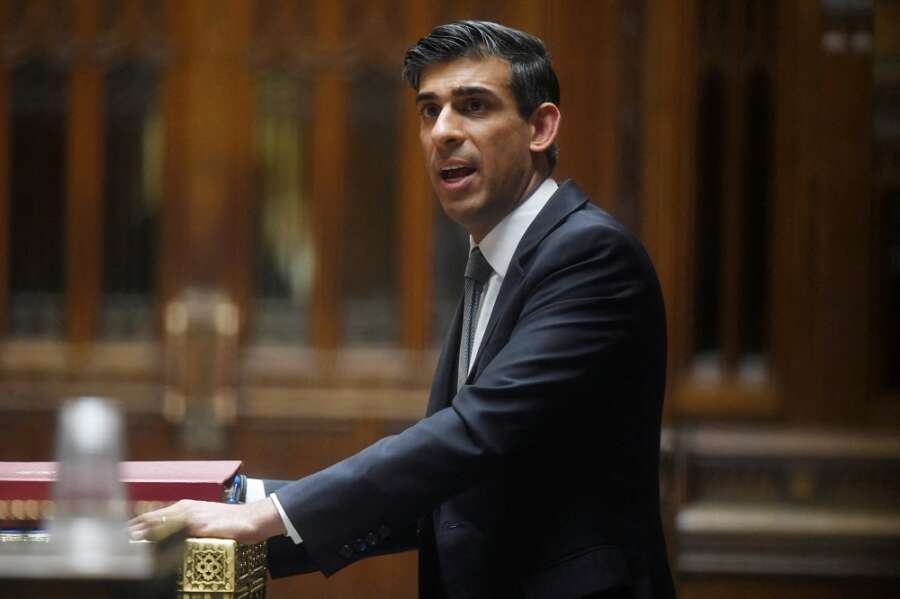 LONDON (Reuters) -British finance minister Rishi Sunak on Monday defended the tax cuts he announced last week, after they were widely criticised for not helping the poorest households through the most severe hit to living standards since at least the 1950s.

He also said borrowing more, on top of his huge spending to shield the British economy from the COVID-19 pandemic, would risk fuelling the inflation hit felt most by the lowest earners.

“I am comfortable that the choices I have made are the right ones for the country,” he said.

Sunak rejected suggestions he should have targeted his latest tax cuts only at people on welfare.

He said he would wait to see whether further support for households facing surging energy costs would be needed in October, when power bills are due for a twice-yearly reset.

In February, he announced a 9-billion-pound ($11.8 billion)package to spread some of the electricity and gas price pain.

“Let’s wait until we get there and then decide on the most appropriate course of action,” Sunak said.

A recent fall in prices in energy markets would mean a lessening of the projected hit to household incomes this year if those lower prices continued in the coming months, he said.

Underscoring his limits for easing the cost-of-living crisis, Sunak said the headroom built into his tax and spending plans could easily be undone by weaker-than-expected growth or higher interest rates.

“If you took the Bank of England’s economic outlook as opposed to the OBR’s (Office for Budget Responsibility), an equally credible institution, that would wipe out over half of it,” Sunak told lawmakers.

A 1% increase in BoE interest rates or a 1% change in the tax-to-gross domestic product ratio would eliminate the headroom entirely, Sunak said.

In a half-yearly budget update last week, he announced an immediate fuel duty cut and a softening of April’s increase in social security contributions, as well as an income tax cut for 2024.

But his plans were widely criticised for not doing enough to help households on the lowest incomes.