Home Headlines Ukraine pushes Russian forces back, restricts gas flow to Europe
Editorial & Advertiser disclosure
Our website publishes news, press releases, opinion and advertorials on various financial organizations, products and services which are commissioned from various Companies, Organizations, PR agencies, Bloggers etc. These commissioned articles are commercial in nature. This is not to be considered as financial advice and should be considered only for information purposes. It does not reflect the views or opinion of our website and is not to be considered an endorsement or a recommendation. We cannot guarantee the accuracy or applicability of any information provided with respect to your individual or personal circumstances. Please seek Professional advice from a qualified professional before making any financial decisions. We link to various third-party websites, affiliate sales networks, and to our advertising partners websites. When you view or click on certain links available on our articles, our partners may compensate us for displaying the content to you or make a purchase or fill a form. This will not incur any additional charges to you. To make things simpler for you to identity or distinguish advertised or sponsored articles or links, you may consider all articles or links hosted on our site as a commercial article placement. We will not be responsible for any loss you may suffer as a result of any omission or inaccuracy on the website.
Headlines 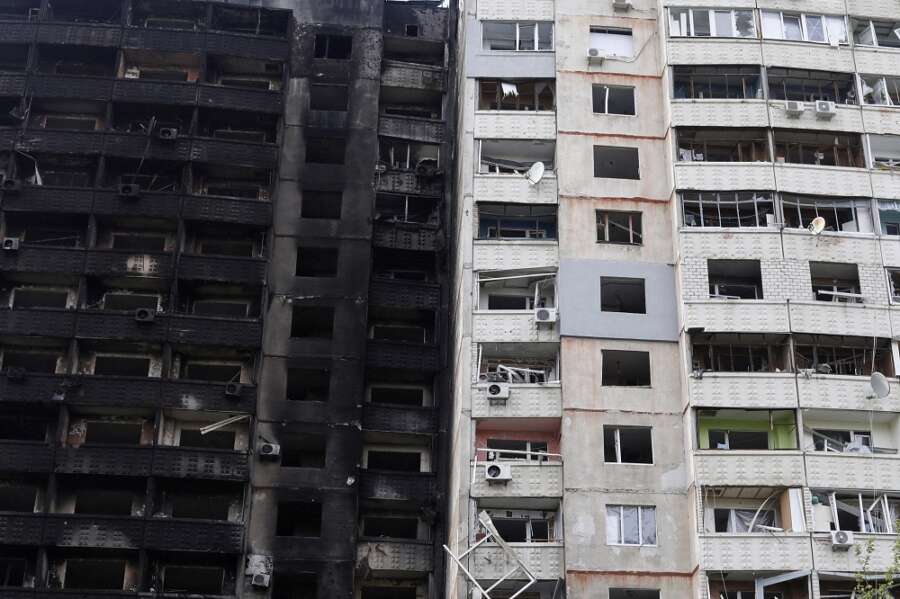 By Pavel Polityuk and Jonathan Landay

KYIV/VILHIVKA, Ukraine (Reuters) -Ukrainian forces reported battlefield gains on Wednesday in a counterattack that could signal a shift in the momentum of the war, while Kyiv shut gas flows on a route through Russian-held territory, raising the spectre of an energy crisis in Europe.

Following days of advances north and east of the second largest city Kharkiv, Ukrainian forces were within just several kilometres of the Russian border on Wednesday morning, one Ukrainian military source said on condition on anonymity. Before the advance, Russian forces had been on the outskirts of Kharkiv, 40 km (25 miles) from the border.

The gains appear to be the fastest that Ukraine has achieved since it drove Russian troops away from Kyiv and out of the country’s north at the beginning of April. If sustained, it could let Ukrainian forces threaten supply lines for Russia’s main attack force, and even put rear logistics targets within Russia itself within striking range of Ukrainian artillery.

In Vilhivka, a village east of Kharkiv held by Ukrainian forces, the thump of near constant artillery and swoosh of multiple rocket launchers could be heard from fighting at the front, now pushed substantially further east, where Ukraine has been trying to capture villages on the banks of the Donets river and threaten Russian supply lines on the far side.

Further east, Ukrainian forces seemed to be in control of the village of Rubizhne, on the banks of the Donets.

“It is burned out, just like all Russian tanks,” a Ukrainian soldier told Reuters near Rubizhne next to the ruins of one Russian tank. “The weapons are helping a lot, the anti-tank ones.”

Kyiv has so far confirmed few details about its advance through the Kharkiv region, maintaining secrecy about the positions of its own forces near the frontline while speaking in general terms about overall gains.

“We are having successes in the Kharkiv direction, where we are steadily pushing back the enemy and liberating population centres,” Brigadier General Oleksiy Hromov, Deputy Chief of the Main Operations Directorate of Ukraine’s General Staff told a briefing, providing no specifics.

President Volodymyr Zelenskiy said successes were putting Ukraine’s second largest city – under constant bombardment since the war’s early days – beyond the range of Russian artillery. But he cautioned Ukrainians against raising their expectations too high yet.

“We should not create an atmosphere of excessive moral pressure, where victories are expected weekly and even daily,” he said in an overnight video address.

In Vilhivka, the advance had made it possible for residents to venture back to comb through the wreckage of their homes. Although the village itself had been recaptured by Ukrainian forces weeks ago, the frontline was only now far enough away to make it safe to return.

The bloated body of a Russian soldier still lay mouldering outside the bombed out school where his unit had made its headquarters before being driven out.

Wednesday’s separate move by Ukraine to cut off Russian gas supplies through territory held by Russian-backed separatists marked the first time the conflict has directly disrupted shipments to Europe.

Shipments from Russia’s export monopoly Gazprom to Europe via Ukraine fell by a quarter after Kyiv said it was forced to halt all flows from the Sokhranovka transit point in southern Russia. Ukraine accused Russian-backed separatists of siphoning supplies. [L2N2X30NR]

Should the supply cut-back persist, it would be the most direct impact so far on European energy markets of the war that the Kremlin calls a “special military operation”.

Apart from the east, Russia has seized a swathe of southern Ukraine, where Kyiv and its Western allies say they believe Moscow intends to organise a fake referendum on independence or annexation to make its occupation permanent.

The Kremlin said on Wednesday it was up to residents living in the Russian-occupied Kherson region to decide whether they wanted to join Russia, but any such decision must have a clear legal basis. Earlier, TASS news agency quoted an official in the Russian-controlled administration as saying the region planned to ask President Vladimir Putin to incorporate it into Russia.

Russian forces have also continued to bombard the Azovstal steelworks in the southern port of Mariupol, last bastion of Ukrainian defenders who have been under siege since the war began. Ukraine’s general staff said Moscow was trying to capture the steelworks. The Azov Regiment holed up inside it said Russia was bombing the factory from the air and trying to storm it.

The wives of two of the last remaining Ukrainian fighters holed up in the steelworks met Pope Francis on Wednesday at the end of his audience in St Peter’s Square, and asked him to help persuade Russia to let them be evacuated.

“You are our last hope, I hope you can save their lives, please don’t let them die,” Kateryna Prokopenko, 27, could be heard telling the pope on a video released by the Vatican.

Dollar moves off lows on heels of inflation data