Home Business UK office workers take just 28 minutes for their ‘lunch hour’
Our website publishes news, press releases, opinion and advertorials on various financial organizations, products and services which are commissioned from various Companies, Organizations, PR agencies, Bloggers etc. These commissioned articles are commercial in nature. This is not to be considered as financial advice and should be considered only for information purposes. It does not reflect the views or opinion of our website and is not to be considered an endorsement or a recommendation. We cannot guarantee the accuracy or applicability of any information provided with respect to your individual or personal circumstances. Please seek Professional advice from a qualified professional before making any financial decisions. We link to various third-party websites, affiliate sales networks, and to our advertising partners websites. When you view or click on certain links available on our articles, our partners may compensate us for displaying the content to you or make a purchase or fill a form. This will not incur any additional charges to you. To make things simpler for you to identity or distinguish advertised or sponsored articles or links, you may consider all articles or links hosted on our site as a commercial article placement. We will not be responsible for any loss you may suffer as a result of any omission or inaccuracy on the website.
Business 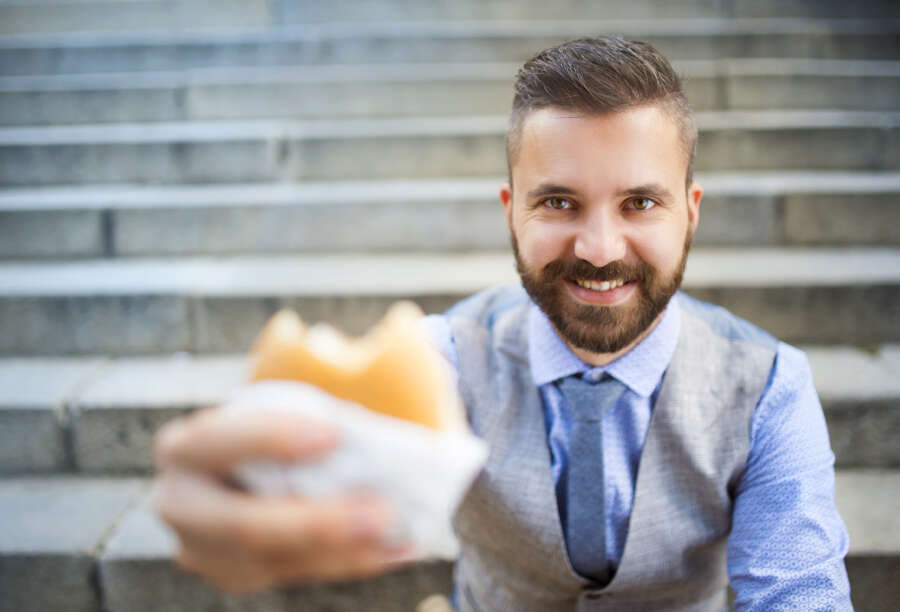 UK workers are putting in an additional 20 working days per year by skipping all or some of their lunch breaks, new research has found. The data from flexible office specialist, Workthere, has analysed1 the UK’s lunchtime habits, both before and during COVID restrictions.

According to Workthere’s findings, the average employee currently takes just 28 minutes for their lunch breaks, six minutes fewer than the average of 34 minutes in 20172.

As a result, over an entire year, UK office workers are losing out on a huge 8,320 minutes, which is the equivalent of working an extra 20 days without pay (based on an eight-hour day with an hour lunch break). Interestingly, the number of people skipping their lunch all together has also increased in the last four years, with people now working through their lunch break an average of 1.5 days a week.

Women typically skip more lunch breaks then men per month with female workers eating lunch at their desks on average 11 days per months vs. 10 days for males. Their male counterparts were also much more likely to socialise with their co-workers at lunch time compared to women (21% vs 15%).

Despite a huge focus being put on wellbeing during the recent lockdown restrictions, Workthere’s findings have shown more people are working through their lunch break than before. In 2017, nearly half (48%) of the respondents said they never skip their lunch break. This year however, the number has fallen to 41%, showing an increase in the number of people feeling the need to work through lunch regularly.

So, where is the demand for lunchtime working coming from? Almost one in ten (8%) said they feel pressure from their employer to work through their lunch hour and almost a third (32%) say they rarely leave the office at lunch time. In the office, this may be because of managers setting the tone and not taking a lunch break themselves, whereas while working from home, people may feel like they need to prove that they are working to the best of their ability.

Taking a lunch break has clear benefits to employees.  More than a third (35%) said they worked better in the afternoon if they have left the office at lunch for fresh air. This has increased significantly from over a quarter (28%) who said the same in 2017, showing the rising importance and benefits of people stepping away from their desks at lunch.

Cal Lee, Global Head of Workthere, commented: “It is interesting to see that as a nation we are taking shorter lunch breaks than we were in 2017. With a massive shift in focus on wellbeing and getting the work life balance right, it is surprising that so many people are not taking their full, entitled lunch break.

“On the other hand, there seems to be an increased understanding and awareness from those taking breaks, of the clear benefits getting away from your desk can have each day, leading to an increase in productivity. However, there is still a way to go in ensuring more people are breaking up their working day, whether in the office or working from home.

“Our research has shown that those working in flexible office spaces are less likely to spend lunchtimes at their desks, compared to those in more traditional offices. Moving forward, there will be a lot to learn from the flexible office markets. These spaces are typically much more social and collaborative, which not only allows for more breaks from the desk and screen, but in fact, actively encourages it.”