Home Headlines U.S. VP Harris to push against China’s Taiwan policy in Japan speech
Editorial & Advertiser disclosure
Our website publishes news, press releases, opinion and advertorials on various financial organizations, products and services which are commissioned from various Companies, Organizations, PR agencies, Bloggers etc. These commissioned articles are commercial in nature. This is not to be considered as financial advice and should be considered only for information purposes. It does not reflect the views or opinion of our website and is not to be considered an endorsement or a recommendation. We cannot guarantee the accuracy or applicability of any information provided with respect to your individual or personal circumstances. Please seek Professional advice from a qualified professional before making any financial decisions. We link to various third-party websites, affiliate sales networks, and to our advertising partners websites. When you view or click on certain links available on our articles, our partners may compensate us for displaying the content to you or make a purchase or fill a form. This will not incur any additional charges to you. To make things simpler for you to identity or distinguish advertised or sponsored articles or links, you may consider all articles or links hosted on our site as a commercial article placement. We will not be responsible for any loss you may suffer as a result of any omission or inaccuracy on the website.
Headlines 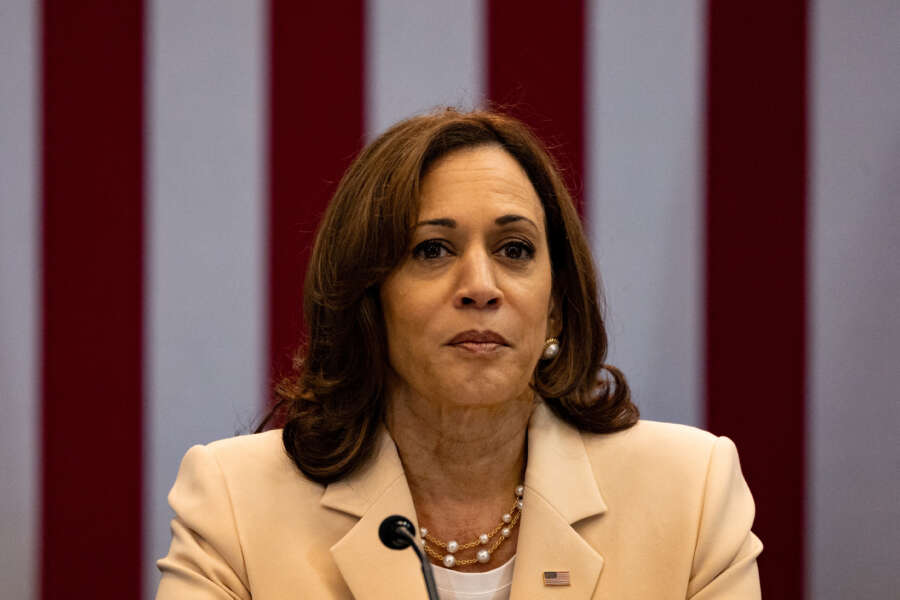 TOKYO (Reuters) – U.S. Vice President Kamala Harris is expected to take aim at China’s actions toward Taiwan during a speech on Wednesday to American sailors serving in Japan.

“She will get into threats to the international rules-based order and how she sees them,” including recent provocations across the Taiwan Strait, said a senior administration official, who declined to be identified, previewing Harris’ remarks.

“She will speak about that and what we are doing to push back against those efforts and stand up for the international rules and norms that have guided this region.”

Harris will speak during a visit to the largest overseas U.S. Naval installation in the world at Yokosuka, outside of Tokyo. The base is home to 24,000 military and civilian workers, as well as the USS Ronald Reagan, an aircraft carrier currently in South Korea to participate in joint drills meant to deter North Korea. Harris will visit the demilitarized zone separating the Koreas on Thursday.

China says democratically ruled Taiwan is one of its provinces. Beijing has long vowed to bring Taiwan under its control and has not ruled out the use of force to do so. Taiwan’s government strongly objects to China’s sovereignty claims and says only the island’s 23 million people can decide its future.

In the wake of U.S. House Speaker Nancy Pelosi’s visit to Taiwan in August, China carried out its largest-ever military exercises around the island.

Aides said Harris would work on a unified approach to that challenge within the region, where leaders have warily watched rising tensions between Washington and Beijing.

Biden is expected to hold his first face-to-face meeting as president with China’s Xi Jinping during November’s Group of 20 meeting in Indonesia.

Harris was in Japan, Washington’s closest regional ally, to lead Biden’s bipartisan U.S. delegation to the state funeral of former Japanese Prime Minister Shinzo Abe, who nudged the country away from the pacifist doctrine it adopted after being defeated in World War Two.

(Reporting by Trevor Hunnicutt in Tokyo; Editing by Mary Milliken and Josie Kao)