Home Headlines U.S.-sanctioned oil tanker stuck in Indonesia carries Venezuelan fuel
Editorial & Advertiser disclosure
Our website publishes news, press releases, opinion and advertorials on various financial organizations, products and services which are commissioned from various Companies, Organizations, PR agencies, Bloggers etc. These commissioned articles are commercial in nature. This is not to be considered as financial advice and should be considered only for information purposes. It does not reflect the views or opinion of our website and is not to be considered an endorsement or a recommendation. We cannot guarantee the accuracy or applicability of any information provided with respect to your individual or personal circumstances. Please seek Professional advice from a qualified professional before making any financial decisions. We link to various third-party websites, affiliate sales networks, and to our advertising partners websites. When you view or click on certain links available on our articles, our partners may compensate us for displaying the content to you or make a purchase or fill a form. This will not incur any additional charges to you. To make things simpler for you to identity or distinguish advertised or sponsored articles or links, you may consider all articles or links hosted on our site as a commercial article placement. We will not be responsible for any loss you may suffer as a result of any omission or inaccuracy on the website.
Headlines 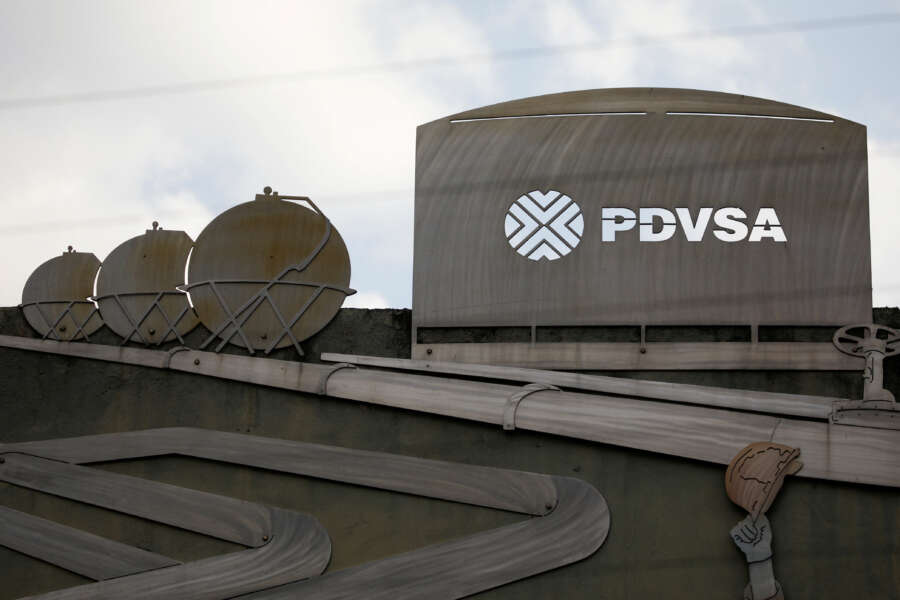 HOUSTON (Reuters) -A grounded oil supertanker under U.S. Treasury Department sanctions being refloated in Indonesia is filled with Venezuelan fuel, according to vessel monitoring services.

Last month, the Djibouti-flagged Young Yong received cargoes through ship-to-ship operations from U.S.-blacklisted tanker Silvia I and from the Eagle Brenda before becoming marooned off Indonesia’s Riau Islands, according to research by non-government organization United Against Nuclear Iran (UANI).

Both tankers had departed between late July and early August carrying fuel oil supplied by Venezuela’s state-run oil firm PDVSA, according to internal company documents seen by Reuters and TankerTrackers.com, which confirmed the vessels’ identities.

The Panama-flagged Eagle Brenda, identified on PDVSA shipping schedules as “Eagle I,” also carried some 1 million barrels of Venezuelan fuel oil, the documents showed. By reviewing satellite photos, TankerTrackers.com spotted the ship receiving the fuel in Venezuelan waters between March and April.

The sanctions on the Young Yong and its owner, Hong Kong-based Technology Bright International, led to the loss of its Djibouti Maritime Authority flag last week and the cancellation of a classification by the American Bureau of Shipping that certified it was seaworthy, according to communications provided by UANI.

The U.S. embassy in Singapore said on Wednesday the United States has allowed some transactions in efforts to free the supertanker, which ran aground last month in the Singapore Strait near a key gas line.

The Young Yong was blacklisted by Washington along with tankers Adisa, B Luminosa, Bluefins, Boceanica, Bueno, Julia A, Lara I, Nolan, Rain Drop and Zephyr, most of which have recently been in Venezuela, according to documents and shipping data.

“The individuals running this illicit network use a web of shell companies and fraudulent tactics including document falsification,” said the U.S. Under Secretary for Terrorism and Financial Intelligence, Brian Nelson, in a release last week.

The Treasury Department did not immediately reply to a request for details.

PDVSA, Venezuela’s oil ministry, Iran’s oil ministry, NITC and India-based Sygnius Ship Management, which according to shipping databases bought the Eagle Brenda last year, did not immediately reply to requests for comment. Technology Bright International could not be reached for comment.

Carrying Venezuelan-origin cargoes is not new for the Young Yong. The tanker was in Venezuelan waters at least twice since last year, where it loaded Venezuelan crude and fuel for exports, according to PDVSA’s schedules and TankerTrackers.com.

(Reporting by Marianna Parraga in Houston; Additional reporting by Timothy Gardner in Washington and Bozorgmehr Sharafedin in London; Editing by David Gregorio)

U.S., Ukraine agree to launch talks to upgrade 2008 trade accord