Home Technology Tech in the movies: The potential impact of cinema’s most famous mobile phones on real-life sales
Technology

Tech in the movies: The potential impact of cinema’s most famous mobile phones on real-life sales 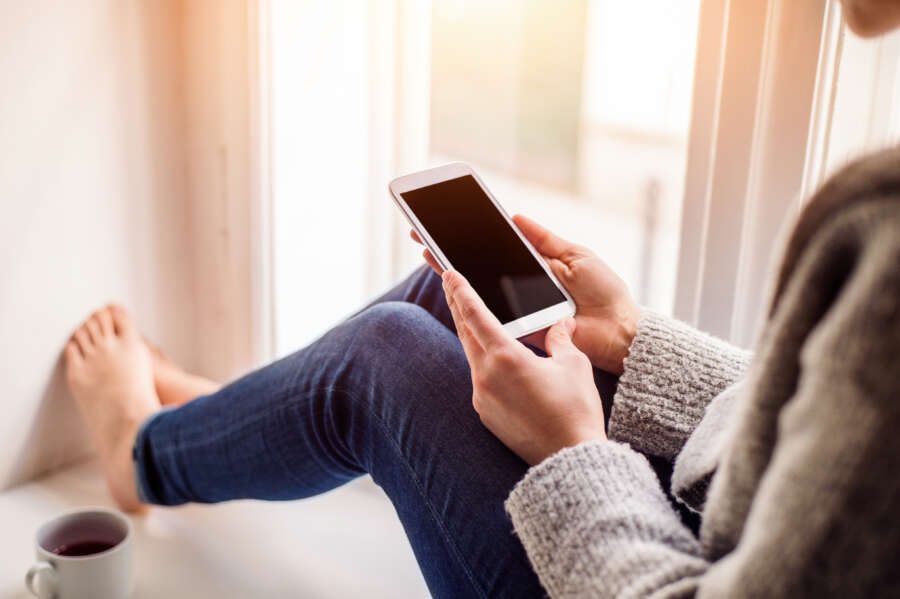 Mobile phones have been appearing in movies since the 1980s, but which ones truly made an impact?

Sony Ericsson has been a go-to phone throughout the Bond franchise, featuring in iconic films such as Tomorrow Never Dies and Daniel Craig’s first outing, Casino Royale. In the 21st Bond film, released 16th November 2006, Craig sported a Sony Ericsson K800i (with a unique silver exterior)1.

Sony Ericsson sales increased a whopping £3.1 million in 2006, the year the film was released, and a further £1.6 million in 20072. Following its use by the world’s greatest secret agent, Sony Ericsson saw this giant leap in sales, with customers worldwide showing the brand a similar level of enthusiasm as 007 did.

In 1999, the Nokia 8110 featured in The Matrix. The slide-out phone was used by a young Keanu Reeves, a high-end device at the time (costing over £700)3. The film was released on 11th June 1999, with global success and critical acclaim, and the following year saw a huge boost in sales for the Nokia brand.

In the year following the film (2000), Nokia made £26.5 billion in net sales, a £9.5 billion increase from the previous year (£17 billion).4 It seemed to be a common theme in the early 2000s for brands to see growth in the months following brand usage by movie heroes.

The LG VX9400 made an appearance in two major blockbusters in 2010, Iron Man 2 (released 30th April) and The Social Network (15th October). Known as a ‘wing’ flip phone, Tony Stark (Robert Downey-Junior) uses it in the opening scene of the Marvel film.5

In the year the two films were released, LG’s mobile phone sales increased by 11% quarter over quarter, with a total of 30.6 million handsets being shipped.6 Iron Man is notorious for his advanced (usually fictional) technology, and his enthusiasm was shared with LG customers.

Wall Street was released in 1987, a year in which Motorola saw sales rise a record 14% to £4.7 billion.8 The phone notably appeared in numerous other films and TV shows over the years, such as American Psycho and Saved by the Bell.

Following the film’s release in October 2006, Moto sales the following year (2007) jumped up by 42%, equalling a whopping £1.5 million.10 It appears that customers were as enthusiastic about Motorola as their on-screen idols were.

It’s safe to say the film put flip phones on the map, with a £497,000 increase in sales11, and endorsement from the fashion-icon, Miranda Priestly (Meryl Streep).

Andrew Cartledge, mobile expert at Mobiles.co.uk commented: “The impact that the film industry has had on pop culture is prevalent in our everyday lives. Although we may not notice, our spending habits are influenced by what we see on our screens, and technology is a prime example of that.

“Over the years, household names such as Motorola and Nokia, have featured heavily on the big screen, which has ultimately impacted brand reputation and consumer spending. Associating Sony Ericsson with an iconic character such as James Bond creates demand, as consumers want to get their hands on the model seen on screen, so they can be just like their onscreen heroes.”

Harnessing the power of video to drive genuine connections through content

June 28, 2022
Editorial & Advertiser disclosureEditorial & Advertiser disclosureOur website provides you with information, news, press releases, Opinion and advertorials on various financial products and services. This is not to be considered as financial advice and should be considered only for information purposes. We cannot guarantee the accuracy or applicability of any information provided with respect to your individual or personal circumstances. Please seek Professional advice from a qualified professional before making any financial decisions. We link to various third party websites, affiliate sales networks, and may link to our advertising partners websites. Though we are tied up with various advertising and affiliate networks, this does not affect our analysis or opinion. When you view or click on certain links available on our articles, our partners may compensate us for displaying the content to you, or make a purchase or fill a form. This will not incur any additional charges to you. To make things simpler for you to identity or distinguish sponsored articles or links, you may consider all articles or links hosted on our site as a partner endorsed link.