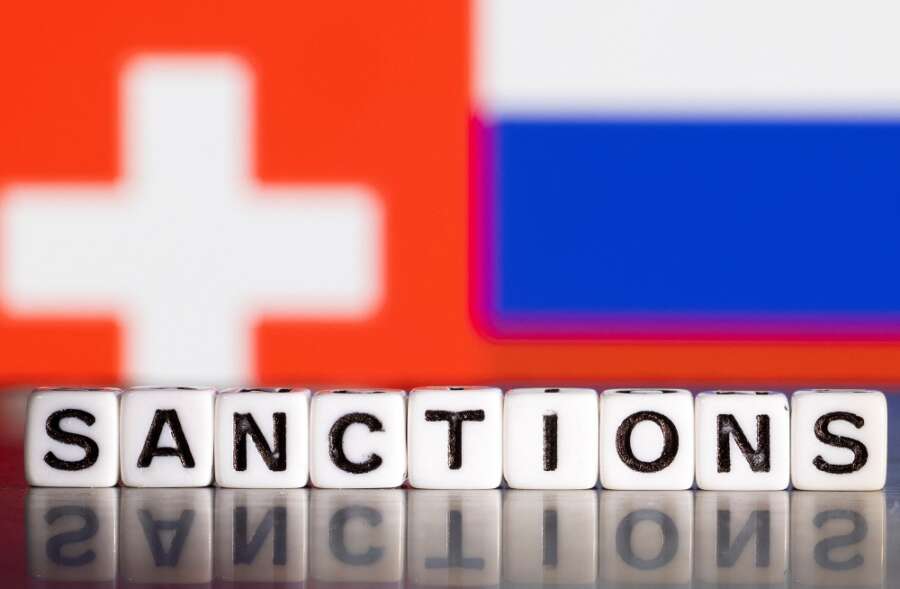 ZURICH (Reuters) – The Swiss government on Friday widened sanctions against Russia in step with further measures imposed by the European Union, tightening exports and financial services to the country over the biggest attack on a European state since World War Two.

In a sharp deviation from its traditional neutrality, Switzerland moved on Monday to adopt sanctions that the European Union (EU) imposed on Russian people and companies and freeze their assets to punish the invasion of Ukraine.

The 27-member EU bloc has approved an array of financial, energy, export and travel bans since last week.

These have included a freeze on Russian central bank assets, the shutdown of EU airspace to Russia, the removal of a number of Russian banks from the SWIFT international payments system, and sanctions on a clutch of Russian tycoons.

On Friday, Switzerland adopted new financial measures –including banning transactions with the Russian Central Bank and adopting the EU’s SWIFT measures — while also blocking a number of exports to Russia.

Those targeted, among others, goods that “could contribute to Russia’s military and technological enhancement or the development of the defence and security sector”, for use in aviation and the space industry, as well as certain goods and services in the oil sector.

Russia’s ambassador to the United Nations in Geneva, Gennady Gatilov, said Bern’s decision would have a “certain negative impact”, without elaborating.

“We are disappointed with this because we have used to have very good political relations with Switzerland,” he told journalists. “Switzerland kept neutrality even in worse times if you look back on history.”

The government also moved to be able to quickly accept Ukrainians who have fled the country amid war, activating a special protection status allowing them to receive the right to reside in Switzerland without having to go through a regular asylum procedure.

Switzerland said its implementation of new sanctions remained compatible with its neutrality, adding it had provided exemptions to ensure sanctions did not hinder humanitarian activities.

“The Federal Council continues to monitor developments closely,” the cabinet said. “It will decide autonomously on whether to adopt any further EU sanctions against Russia.”

The EU is working on further steps that could include targeting crypto-assets https://www.reuters.com/world/europe/eu-will-take-more-steps-against-russia-if-conflict-worsens-von-der-leyen-2022-03-03, officials said on Thursday.

European gas prices have risen amidst the ongoing sanctions and over fears of supply disruptions to natural gas, 40% of which is supplied by Russia.

Switzerland on Friday said its energy supply was secure for this winter but it was working to get a new plan in place for the Swiss gas industry.