Home Business Spain’s La Liga attracts $3.2 billion investment from CVC
Our website publishes news, press releases, opinion and advertorials on various financial organizations, products and services which are commissioned from various Companies, Organizations, PR agencies, Bloggers etc. These commissioned articles are commercial in nature. This is not to be considered as financial advice and should be considered only for information purposes. It does not reflect the views or opinion of our website and is not to be considered an endorsement or a recommendation. We cannot guarantee the accuracy or applicability of any information provided with respect to your individual or personal circumstances. Please seek Professional advice from a qualified professional before making any financial decisions. We link to various third-party websites, affiliate sales networks, and to our advertising partners websites. When you view or click on certain links available on our articles, our partners may compensate us for displaying the content to you or make a purchase or fill a form. This will not incur any additional charges to you. To make things simpler for you to identity or distinguish advertised or sponsored articles or links, you may consider all articles or links hosted on our site as a commercial article placement. We will not be responsible for any loss you may suffer as a result of any omission or inaccuracy on the website.
Business 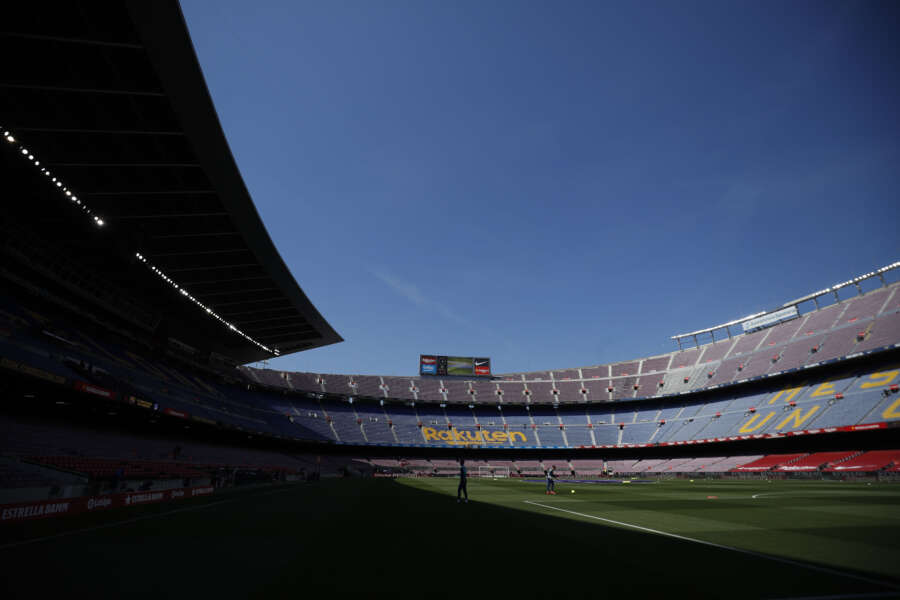 (Corrects in seventh paragraph to remove reference to matchday revenue)

MADRID (Reuters) -La Liga, Spain’s top soccer league, has agreed in principle to sell 10% of a newly formed company housing most of its business to private equity firm CVC Capital Partners for 2.7 billion euros ($3.2 billion), it said on Wednesday.

The deal values La Liga, host to Real Madrid and Barcelona, at around 24.2 billion euros and, if approved, will fund “structural improvements” while offsetting some of the immediate impact from COVID-19, the league said in a statement.

The cash influx would be particularly welcome to those two clubs which have lately faced unfamiliar constraints on their spending power, but how much of it leaks out into transfer fees and player wages remains to be seen.

La Liga said some 90% of the funds raised will be channeled directly to clubs which must use the cash to finance investment programmes agreed with the league.

Faced with the end of a cycle of rapid growth in the value of TV rights – and pummeled by a year of next to zero ticket sales due to restrictions on crowds – soccer leagues and clubs not just in Spain are scrambling to find alternative sources of revenue.

The failure of an attempt earlier this year by 12 of Europe’s biggest clubs to set up a breakaway “Super League” ratcheted up pressure on incumbents in the business.

Under the terms of the deal, La Liga would set up a new company to house its commercial elements, such as sponsorship deals, in which CVC would take a 10% stake. It didn’t say what structural improvements it envisaged but these could relate to stadium and training facilities.

Management of the league’s sporting responsibilities and its audiovisual rights business would remain outside the scope of the transaction, La Liga said.

“This agreement aims to lead the transformation that the entertainment world is undergoing and to maximise all growth opportunities for clubs,” it said.

With the boost from the investment, the Spanish league hopes to match or exceed the English Premier League’s business in the next six to seven years, a source close to La Liga added.

The stake sale still requires approval from the league’s executive committee and clubs.

For CVC, which used to own Formula One, the deal would add to its interests in sport. It agreed in March to invest 365 million pounds for a share in rugby union’s Six Nations grouping France, Ireland, England, Scotland, Wales and Italy.

As part of a consortium last year it entered talks to buy a stake in the media business of Italy’s top soccer league, but the deal fell through following objections from some soccer clubs.

Earlier this year, La Liga expanded its partnership with Microsoft Corp in a bid to boost revenue for its pandemic-hit soccer clubs and re-energise a fan base that is consuming ever-more digital products.