Home Headlines Russia strikes cities across Ukraine, gas supplies in focus
Our website publishes news, press releases, opinion and advertorials on various financial organizations, products and services which are commissioned from various Companies, Organizations, PR agencies, Bloggers etc. These commissioned articles are commercial in nature. This is not to be considered as financial advice and should be considered only for information purposes. It does not reflect the views or opinion of our website and is not to be considered an endorsement or a recommendation. We cannot guarantee the accuracy or applicability of any information provided with respect to your individual or personal circumstances. Please seek Professional advice from a qualified professional before making any financial decisions. We link to various third-party websites, affiliate sales networks, and to our advertising partners websites. When you view or click on certain links available on our articles, our partners may compensate us for displaying the content to you or make a purchase or fill a form. This will not incur any additional charges to you. To make things simpler for you to identity or distinguish advertised or sponsored articles or links, you may consider all articles or links hosted on our site as a commercial article placement. We will not be responsible for any loss you may suffer as a result of any omission or inaccuracy on the website.
Headlines 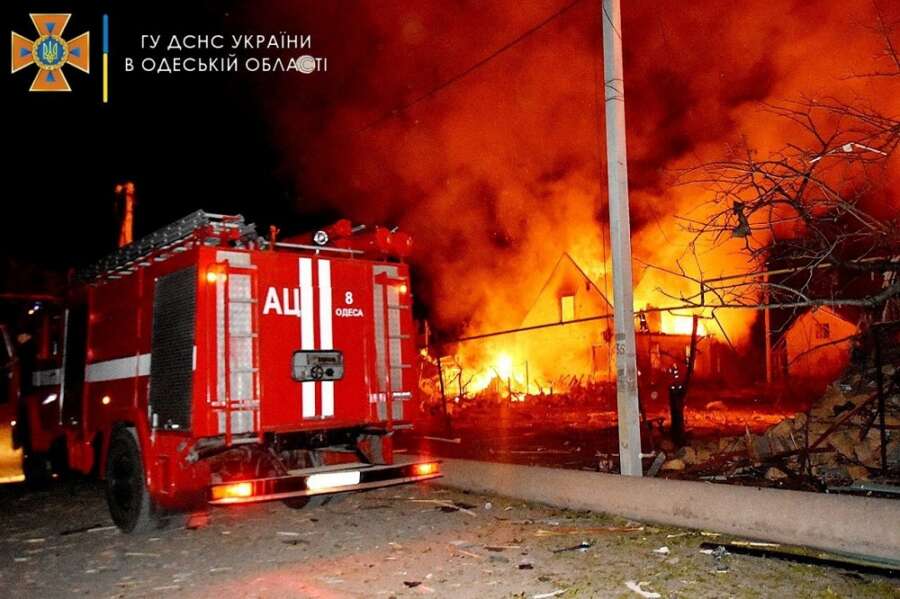 By Tom Balmforth and Max Hunder

KYIV (Reuters) -Russian forces kept up their bombardment of cities across Ukraine, with intense shelling of Sumy in the north, cluster bombs targeting Mykolaiv and a missile strike in Odesa in the south, authorities said on Tuesday.

After failing to capture the capital Kyiv at the outset of the invasion on Feb 24, Russia has shifted to a campaign of devastating bombardments to cement and extend its control of Ukraine’s south and east.

Over the weekend, Zelenskiy suspended the country’s security chief and top prosecutor, saying they failed to purge Russian spies from their organizations.

Despite his disclosure of Russian penetration of the SBU, U.S. officials on Monday said Washington would continue sharing intelligence that U.S. officials have said Kyiv uses to respond to Moscow’s attacks.

This week could be pivotal for European countries concerned about the impact of war and sanctions on gas supplies.

Russia is due to reopen its main natural gas pipeline to Germany, Nord Stream 1, in coming days after regular maintenance, but Europeans are worried Moscow could keep it closed.

Russia’s Gazprom, which operates the pipeline, has told customers in Europe it cannot guarantee gas supplies because of “extraordinary” circumstances, according to a letter seen by Reuters, upping the ante in an economic tit-for-tat with the West.

In Odesa, a Russian missile strike injured at least four people, burned houses to the ground and set other homes on fire, Oleksii Matsulevych, a spokesman for the regional administration, said on his Telegram channel.

More than 150 mines and shells had been fired on the Sumy region, Dmytro Zhyvytskyi, the head of the Sumy regional military administration, said on Telegram.

Russian troops have tried unsuccessfully to advance towards the city of Avdiyivka north of Donetsk, the head of Avdiyivka’s military administration, Vitaliy Barabash, said on Tuesday.

He said Ukrainian forces have pushed back the Russians after the latter attacked for several days.

“Enemy losses are much bigger than ours,” he said, and include about 40 dead.

Reuters could not immediately verify the battlefield reports

Kyiv hopes the war is at a turning point, with Moscow having exhausted its offensive capabilities in seizing a few small cities in the east, while Ukraine now fields long-range Western weapons that can strike behind Russian lines.

Kyiv cites a string of successful strikes on 30 Russian logistics and ammunition hubs, which it says are crippling Russia’s artillery-dominated forces that need to transport thousands of shells to the front each day.

Russia said on Monday that Defence Minister Sergei Shoigu had ordered the military to concentrate on destroying Ukraine’s Western-supplied rockets and artillery.

European Union foreign ministers on Monday agreed to provide Ukraine with another 500 million euros ($504 million) in EU funds for arms, raising the bloc’s support to 2.5 billion euros since Moscow invaded on Feb. 24.

In the south, Ukraine is preparing a counterattack to recapture the biggest swath of territory taken since the invasion. Ukraine reported destroying Russian missile systems, communications, radar, ammunition depots and armoured vehicles in strikes in the southern Kherson region.

In the east, Ukrainian forces withdrew at the start of July from Luhansk, one of two provinces Russia claims on behalf of its separatist proxies.

President Vladimir Putin says his assault on Ukraine is a “special military operation” to demilitarise Russia’s neighbour and root out dangerous nationalists. Kyiv and the West call it an attempt to reconquer a country that broke free of Moscow’s rule in 1991.