Home Headlines Rising oil prices buy Iran time in nuclear talks, officials say
Editorial & Advertiser disclosure
Our website publishes news, press releases, opinion and advertorials on various financial organizations, products and services which are commissioned from various Companies, Organizations, PR agencies, Bloggers etc. These commissioned articles are commercial in nature. This is not to be considered as financial advice and should be considered only for information purposes. It does not reflect the views or opinion of our website and is not to be considered an endorsement or a recommendation. We cannot guarantee the accuracy or applicability of any information provided with respect to your individual or personal circumstances. Please seek Professional advice from a qualified professional before making any financial decisions. We link to various third-party websites, affiliate sales networks, and to our advertising partners websites. When you view or click on certain links available on our articles, our partners may compensate us for displaying the content to you or make a purchase or fill a form. This will not incur any additional charges to you. To make things simpler for you to identity or distinguish advertised or sponsored articles or links, you may consider all articles or links hosted on our site as a commercial article placement. We will not be responsible for any loss you may suffer as a result of any omission or inaccuracy on the website.
Headlines 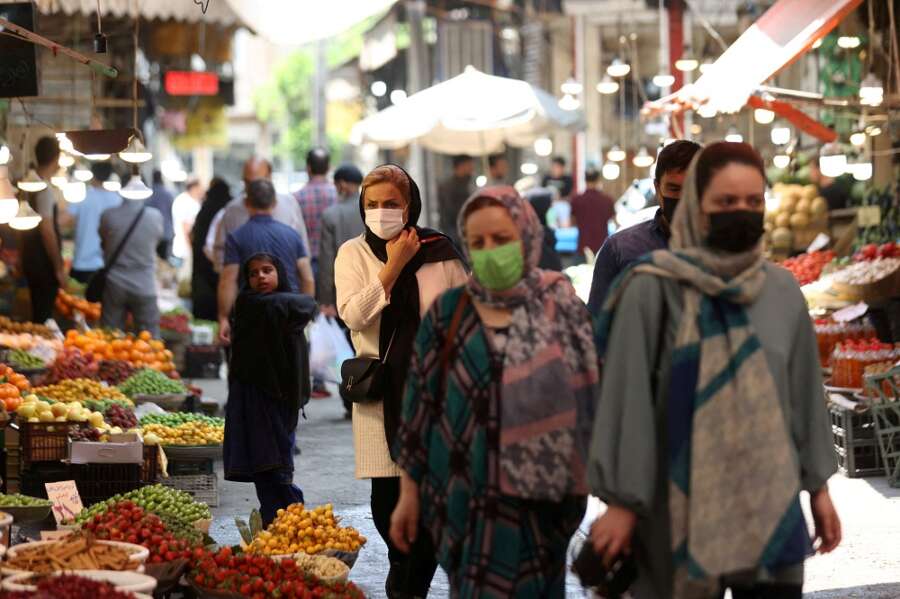 DUBAI (Reuters) -Emboldened by an oil price surge since Russia invaded Ukraine, Iran’s clerical rulers are in no rush to revive a 2015 nuclear pact with world powers to ease sanctions on its energy-reliant economy, three officials familiar with Tehran’s thinking said.

Last year, the Islamic Republic engaged in indirect talks with the United States as a route to cancelling U.S. sanctions that have gutted revenues and dramatically worsened economic hardships for ordinary people, stirring discontent.

But the talks have been on hold since March, chiefly over Iran’s insistence on Washington removing the Islamic Revolutionary Guard Corps (IRGC), Tehran’s elite security force, from the U.S. Foreign Terrorist Organization (FTO) list.

While the ultimate aim is still to resurrect the deal and so have sanctions lifted, the Iranian officials said soaring oil prices had opened a window of opportunity for Iran by increasing revenues, giving the economy months of breathing space.

“Our nuclear programme is advancing as planned and time is on our side,” said a senior Iranian official, who declined to be named because he was not authorised to discuss sensitive policy issues with the media.

“If the talks fail it will not be the end of the world,” said the official, adding that the fact Iran’s economy was not now so reliant on a revival of the deal would provide strong leverage for its negotiators if or when the talks resumed.

Iran’s foreign ministry, which handles the nuclear talks, and the U.S. state department did not immediately respond to requests for comment.

Iran’s finances came under intense pressure in 2018 when then-U.S. President Donald Trump ditched the nuclear pact between Iran and world powers – approved by his predecessor Barack Obama – and reimposed sanctions that sharply cut the oil revenues that fund a sprawling Iranian state apparatus.

Oil exports from Iran, which sits on the world’s fourth-largest reserves of crude, plummeted from a peak of 2.8 million barrels per day in 2018 to as low as 200,000 bpd.

Tehran retaliated a year later by gradually violating the deal’s nuclear curbs, from rebuilding stockpiles of enriched uranium, refining it to higher fissile purity and installing advanced centrifuges to speed up output – reducing the time it would need to develop a nuclear bomb, if it so chose.

Although Iran does not divulge exact figures on oil sales, an Iranian oil official said they were currently around 1.5 million bpd with most going to China at a big discount that Iranian authorities have declined to reveal.

Global oil prices remain high, however, with Brent crude reaching $139 a barrel in March, its highest since 2008 after Russia’s invasion of Ukraine exacerbated supply concerns.

The Iranian parliament increased the ceiling of oil and condensates exports from 1.2 million bpd at a price of $60 last year to 1.4 million bpd based on $70 a barrel in the state budget, Iranian state media reported in March.

Tehran’s refusal to back down from the FTO assignation demand has raised doubt about whether the nuclear impasse can be resolved. President Joe Biden’s administration has made it clear that it has no such plans, while also not ruling it out.

On Wednesday, U.S. State Department spokesman Ned Price told reporters that it was unclear whether or not it would be possible to revive the deal and said Washington was now bracing for either outcome.

Iranian authorities have publicly shrugged off U.S. pressure, saying Tehran has become adept at working around sanctions as they have been a fact of life for decades.

“And the increase in oil prices and an increase in (Iran’s) oil production are constituting an additional, I would say, increase in revenues,” Azour told Reuters.

However, Henry Rome, Iran analyst at consultancy group Eurasia, said the Islamic Republic is underestimating the value of easing sanctions and overestimating its ability to muddle through longer term.

“Although, they likely remain open to a deal at the right price.”

Despite the recent rise in revenues, sanctions continue to have a major impact on daily life in Iran, meaning that everyone from the business elite to lower-income families face soaring inflation, a sinking currency and rising joblessness.

Clerical rulers may therefore be wary of simmering disenchantment at home, according to a former Iranian government official.

Ultimately, they prefer an end to sanctions, fearing a return of unrest among lower-income Iranians whose periodic protests in recent years have reminded leaders how vulnerable they can be to grassroots anger over economic hardship.

Not enough people are yet feeling the benefits of rising oil revenues, the former government official added.

The official inflation rate is around 40% while some people estimate it at over 50%. Almost half of Iran’s 82 million population are now below the poverty line. Unofficial estimates suggest unemployment is well above the official rate of 11%.

“All the economic indicators point to worsening economic realities in Iran. To say Iran sits on a tinderbox is no exaggeration,” said Alex Vatanka, director of the Iran Program at Middle East Institute.

Prices of basic goods like bread, meat and rice are increasing daily. Iranian media frequently report layoffs and strikes by workers who have not been paid for months, including in government-owned factories.

Owning a home in Tehran is impossible for many. Prices have risen in recent months by around 50% in some areas. The currency has dropped over 70% against the U.S. dollar since 2018.

“Where is this oil revenue going? Why we do not feel any improvement?” said teacher Mohsen Sedighi, a father-of-two in Tehran.