Home Headlines Rio Tinto tempers annual iron ore shipments outlook as demand weakens
Editorial & Advertiser disclosure
Our website publishes news, press releases, opinion and advertorials on various financial organizations, products and services which are commissioned from various Companies, Organizations, PR agencies, Bloggers etc. These commissioned articles are commercial in nature. This is not to be considered as financial advice and should be considered only for information purposes. It does not reflect the views or opinion of our website and is not to be considered an endorsement or a recommendation. We cannot guarantee the accuracy or applicability of any information provided with respect to your individual or personal circumstances. Please seek Professional advice from a qualified professional before making any financial decisions. We link to various third-party websites, affiliate sales networks, and to our advertising partners websites. When you view or click on certain links available on our articles, our partners may compensate us for displaying the content to you or make a purchase or fill a form. This will not incur any additional charges to you. To make things simpler for you to identity or distinguish advertised or sponsored articles or links, you may consider all articles or links hosted on our site as a commercial article placement. We will not be responsible for any loss you may suffer as a result of any omission or inaccuracy on the website.
Headlines 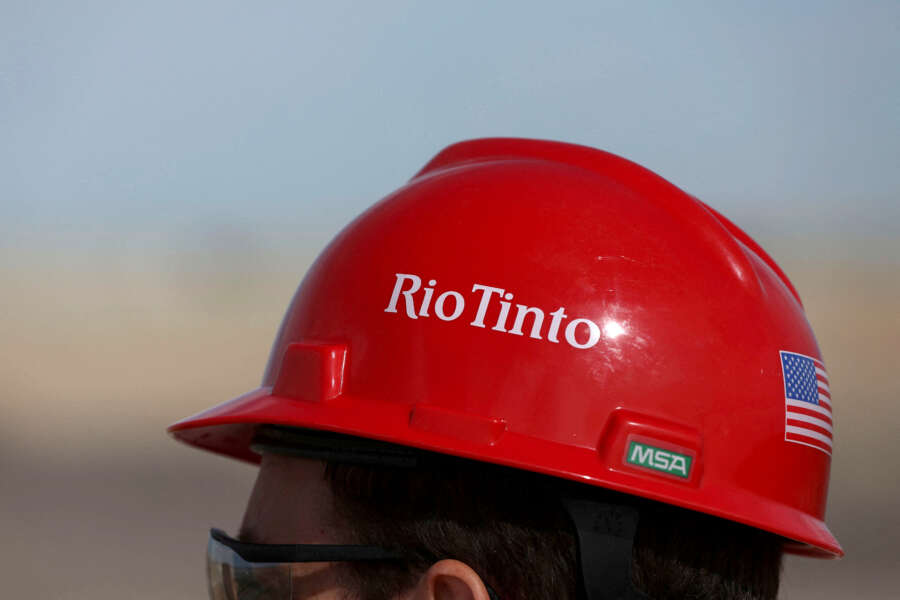 Rio has been battling with a surge in production costs, while iron ore prices are on track to end 2022 at their lowest in the last three or four years, as China and Europe cut steel output amid mounting pressure from additional supply.

Weakness in prices and cooling China demand had led Rio to more than halve its interim dividend payout in July.

The miner said it now expects annual iron ore shipments at the low end of its forecast range of 320 million tonnes (Mt) to 335 Mt, adding that its outlook was dependent on ramping-up the Gudai-Darri and Robe Valley projects, and the availability of skilled labour.

“Rio Tinto’s recovery in iron ore and maintaining the annual guidance should come as a relief to investors, even if it is most likely going to only hit the low end,” analysts at RBC Capital Markets said.

Rio shares reversed their initial gains and were last down 0.5%, compared to the benchmark index’s 1.3% jump.

Rio, however, said that on a quarter-on-quarter basis, shipments rose 4%, despite two rail outages, including one on the Guidai-Darri line.

It also lowered its capital investments for 2022 by $500 million to $7.0 billion, due to a stronger U.S. dollar and “reassessment on timing of decarbonisation investment”.

Separately, Rio said it would “modernise” a nearly 50-year-old agreement with Wright Prospecting to develop the Rhodes Ridge iron ore project, and aims to operationalise a plant by this decade end, with an initial annual capacity of up to 40 Mt.

Rio last month said it would team up with China Baowu Steel Group to develop an iron ore project for $2 billion as it looks to prop up its production from the Pilbara region.

BHP Group is expected to report its first-quarter production results on Wednesday.

(Reporting by Harish Sridharan and Himanshi Akhand in Bengaluru; Editing by Vinay Dwivedi and Rashmi Aich)

UK’s Truss: ‘Sorry’ for the mistakes, but ‘I’m sticking around’