Home Finance Over 60% of investors used borrowed funds to purchase highly volatile cryptocurrencies
Our website publishes news, press releases, opinion and advertorials on various financial organizations, products and services which are commissioned from various Companies, Organizations, PR agencies, Bloggers etc. These commissioned articles are commercial in nature. This is not to be considered as financial advice and should be considered only for information purposes. It does not reflect the views or opinion of our website and is not to be considered an endorsement or a recommendation. We cannot guarantee the accuracy or applicability of any information provided with respect to your individual or personal circumstances. Please seek Professional advice from a qualified professional before making any financial decisions. We link to various third-party websites, affiliate sales networks, and to our advertising partners websites. When you view or click on certain links available on our articles, our partners may compensate us for displaying the content to you or make a purchase or fill a form. This will not incur any additional charges to you. To make things simpler for you to identity or distinguish advertised or sponsored articles or links, you may consider all articles or links hosted on our site as a commercial article placement. We will not be responsible for any loss you may suffer as a result of any omission or inaccuracy on the website.
Finance 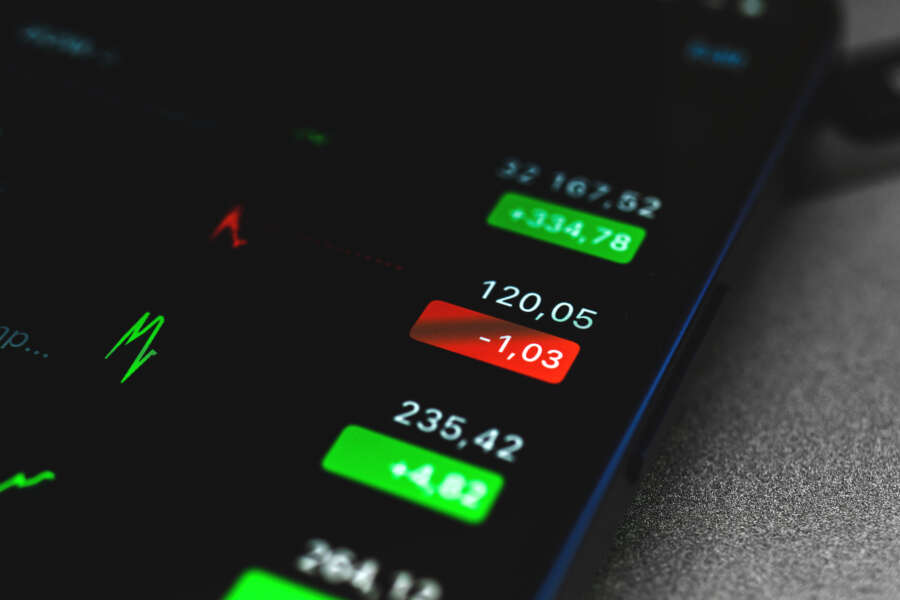 A study by KIS Finance, has revealed that over two thirds of cryptocurrency investors borrowed money to make their purchase, rather than using income and/or savings.

Overall, more than two thirds (64%) of those who have invested in cryptos, used one or more credit facilities to do so.

Cryptocurrencies are highly volatile and a risky investment strategy. There was a massive increase in crypto prices in November last year, with Bitcoin hitting it’s highest ever price. But since then, cryptos have been continuously falling in value.

Here is a table showing an example of how five of the largest currencies have changed in value over just two months.

However, although cryptocurrencies are currently in the red, the industry as a whole is growing every day.

For example; Binance (the world’s largest crypto exchange) CEO, Changpeng Zhao, has just become Asia’s richest person and one of the world’s richest billionaires. According to Bloomberg, it’s estimated that his net worth is approximately $96 billion.

Zhao launched Binance in 2017, and in just 5 years it has gradually grown into one of the world’s largest crypto exchanges.

The difference if you invested in the largest cryptos, Bitcoin and Ethereum, years or months ago

If you invested Bitcoin in February 2011 or Ethereum in 2016 when they were worth just $1, then you would be laughing now. But if you invested in Bitcoin or Ethereum just two months ago (November last year), you would have lost 40% or 37%, respectively, of your investment if you sold now.

Some investors may hold on, but many might start to panic seeing their savings or loan drop by 40% and sell to cut their losses, fearing that they will lose everything.

Percentage of crypto investors who used one or more credit facilities to fund purchase, by age

As the data shows, those aged between 18 and 24 were the age group most likely to use borrowed funds to make their investment, with a significant drop of borrowers in the two highest age groups.

What type of credit facilities have people used to fund cryptocurrency investments?

When we break down what kinds of credit facilities people have used to purchase cryptocurrencies, over a third (35.5%) made their investment using a credit card. Almost a fifth (19.3%) funded the purchase out of their overdraft.

“In recent years, the cryptocurrency industry has grown rapidly and cryptos are becoming a more mainstream product every single day. Even tech giant PayPal has now introduced a cryptocurrency trading platform, making it accessible to everyone.

Although cryptos, and specifically Bitcoin, have seen people make thousands or even millions in profit; the last few weeks have shown that they are incredibly volatile and can see investors losing large percentages, or all, of what they put in very quickly.

It’s concerning to see that so many people have turned to borrowed funds to purchase cryptocurrencies as they are extremely unpredictable and offer no guarantees that the money invested will be returned. So, if people are investing money that isn’t theirs and subsequently losing it, this could cause some serious financial challenges later down the line.

The biggest concern is those who don’t have the means to pay the money back, especially if their original plan was to repay their loans with the profits made from their investment. With a very strong possibility of losing the money for good, people may be left severely out of pocket and racking up interest on their credit cards and overdrafts. Also, some credit card providers will view this type of transaction as a cash advance, meaning a cash advance fee and higher interest rate will be applied.

So, if you are thinking of making an investment into cryptocurrencies, you should only invest an amount of money that you can afford to lose and it should be funded through income and/or savings rather than a credit facility.

Borrowing money to invest in cryptos can become a very vicious cycle that’s difficult to break. Once you start losing money, it can be very tempting to invest more to make the money back; especially if you don’t have other means of repaying the funds.

Great care should be taken when you invest money anywhere, but especially when it’s something as volatile as cryptocurrencies. If you can, seek some professional financial advice first and never invest more than you can afford. Buying cryptocurrencies should also not be your only form of investment or savings as there is very little stability – spread your investments out and treat cryptocurrencies as a smaller, fun investment.”

All figures, unless otherwise stated, are from a survey conducted by The Leadership Factor for KIS Finance. The total sample size was 2,000. Fieldwork was undertaken between 9th September 2021 and 15th September 2021. The survey was carried out online.

Further data breakdowns (by age, gender, region, and city) are available on request.

About KIS Finance:
KIS Finance are an independent finance broker specialising in bridging finance, development finance, commercial mortgages, equity release, and secured loans. Their team of advisors have considerable experience across multiple different areas of the finance sector, as well as insurance and compliance.

The rise of instantaneous grocery deliveries and the impact on CX

Visibility over Cash will be Key to Surviving...

The impact of the cost-of-living crisis on financial...