Home Headlines Norway’s wealth fund tells firms to set net zero emission goals
Editorial & Advertiser disclosure
Our website publishes news, press releases, opinion and advertorials on various financial organizations, products and services which are commissioned from various Companies, Organizations, PR agencies, Bloggers etc. These commissioned articles are commercial in nature. This is not to be considered as financial advice and should be considered only for information purposes. It does not reflect the views or opinion of our website and is not to be considered an endorsement or a recommendation. We cannot guarantee the accuracy or applicability of any information provided with respect to your individual or personal circumstances. Please seek Professional advice from a qualified professional before making any financial decisions. We link to various third-party websites, affiliate sales networks, and to our advertising partners websites. When you view or click on certain links available on our articles, our partners may compensate us for displaying the content to you or make a purchase or fill a form. This will not incur any additional charges to you. To make things simpler for you to identity or distinguish advertised or sponsored articles or links, you may consider all articles or links hosted on our site as a commercial article placement. We will not be responsible for any loss you may suffer as a result of any omission or inaccuracy on the website.
Headlines 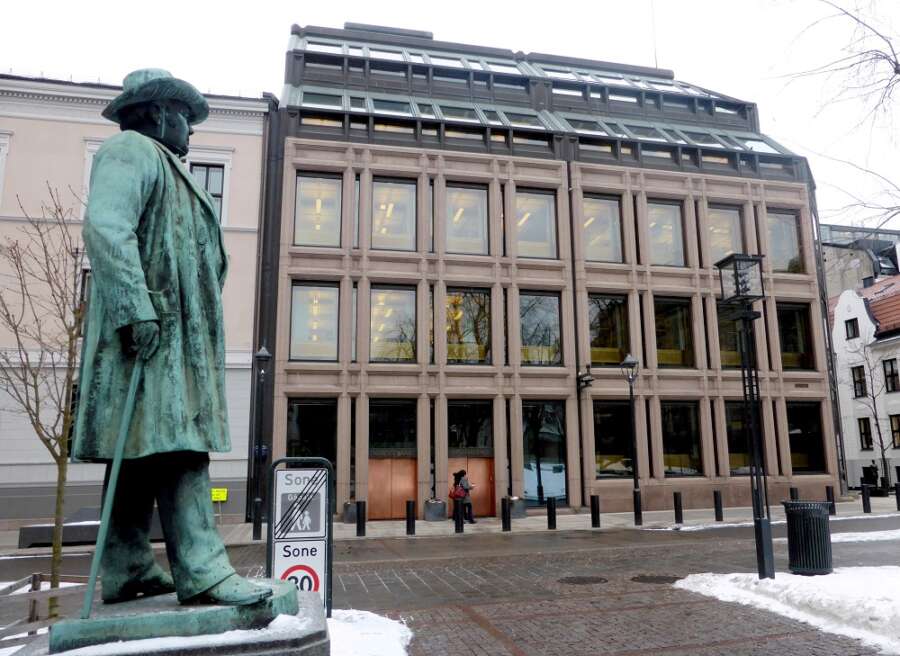 OSLO (Reuters) – Norway’s $1.2 trillion wealth fund, one of the world’s largest investors, said on Tuesday it would push the companies it invests in to cut their greenhouse gas emissions to net zero by 2050, in line with the Paris Agreement.

Institutional investors are increasingly looking to reduce the role they play in global warming through their investments, with Norway’s move coming ahead of the next round of global climate talks in Egypt in November.

The fund invests the revenue from Western Europe’s biggest oil and gas producer for future generations in stocks, bonds, property and renewable projects abroad. It owns on average 1.3% of all listed global stocks and its holdings equate to $219,000 for every Norwegian man, woman and child.

Under the new plan, the fund will prioritise dialogue with the 174 companies that are the biggest emitters of greenhouse gases and account for 70% of the fund’s emissions via its shareholdings.

“They will be the priority,” fund CEO Nicolai Tangen told Reuters. “So more frequent follow-ups, and more specific follow-up. They will see more pressure from us than other companies.”

Tuesday’s plan follows a proposal made in April by the government, which said the fund should push the 9,300 companies it invests in to cut their net emissions to zero by 2050. 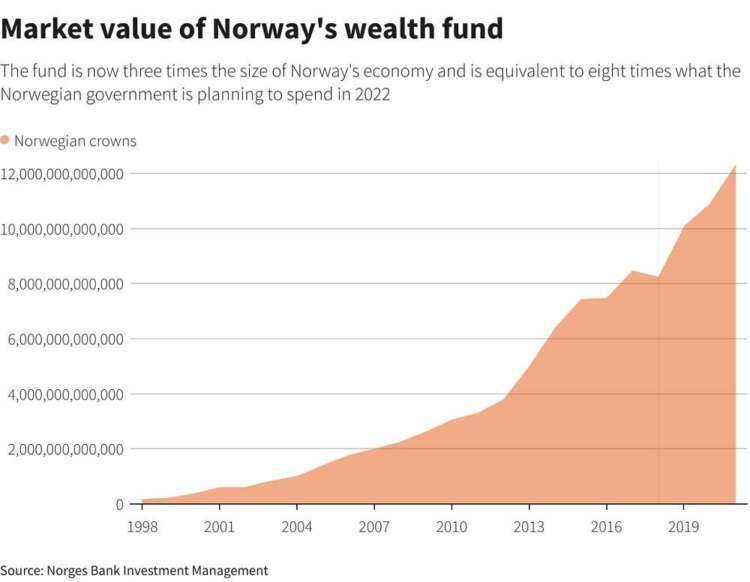 Still, the fund reiterated it would not divest from big emitters to achieve these targets. Instead, it will be an “active shareholder” to effect change.

“The easy way to cut down emissions is to sell out,” Tangen told a news conference. “But someone needs to own these companies and it does not solve the problem, quite the contrary.”

All companies the fund invests in will need to have a plan to cut emissions to net zero by 2050. As of now, only 10% of the companies in the fund’s portfolio had a credible plan, representing 38% of the fund’s value, it said.

The fund will not publicly name the worst offenders.

“To name and shame you need to be very sure and certain, and you need, in my mind, to have audited numbers and evidence,” Tangen said.

The fund will likely be more active in voting against whole boards, and also become active in making shareholder proposals, though details of what they could look like “remains to be seen”, he added.

As a last resort, the fund could sell out of a company if it saw no evidence of it moving in the desired direction.

“It will take a little bit of time, you have to give them the opportunity to react,” said Tangen.

Sovereign bond yields not yet reached a summit – Reuters poll