Home Headlines Nintendo announces 10-1 stock split; sees Switch sales falling 9%
Editorial & Advertiser disclosure
Our website publishes news, press releases, opinion and advertorials on various financial organizations, products and services which are commissioned from various Companies, Organizations, PR agencies, Bloggers etc. These commissioned articles are commercial in nature. This is not to be considered as financial advice and should be considered only for information purposes. It does not reflect the views or opinion of our website and is not to be considered an endorsement or a recommendation. We cannot guarantee the accuracy or applicability of any information provided with respect to your individual or personal circumstances. Please seek Professional advice from a qualified professional before making any financial decisions. We link to various third-party websites, affiliate sales networks, and to our advertising partners websites. When you view or click on certain links available on our articles, our partners may compensate us for displaying the content to you or make a purchase or fill a form. This will not incur any additional charges to you. To make things simpler for you to identity or distinguish advertised or sponsored articles or links, you may consider all articles or links hosted on our site as a commercial article placement. We will not be responsible for any loss you may suffer as a result of any omission or inaccuracy on the website.
Headlines 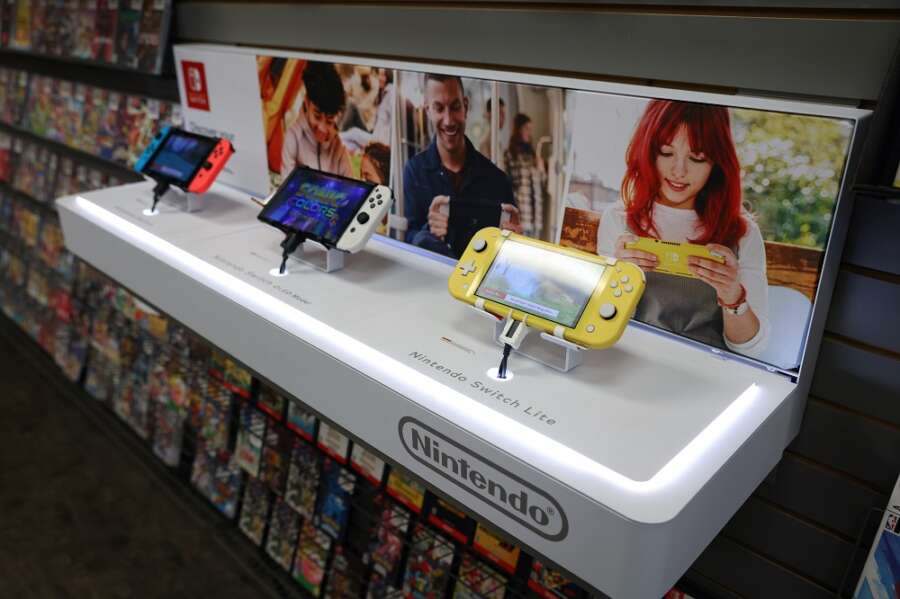 TOKYO (Reuters) – Japan’s Nintendo Co Ltd on Tuesday made a play for the hearts of retail investors, announcing a 10-1 stock split effective Oct. 1, a long-called-for move that aims to improve the liquidity of the videogame maker’s shares.

The surprise announcement came as Nintendo said it expects sell 21 million Switch games consoles in the financial year that started on April 1, down 9% year on year and the second annual fall, as the company grapples with component shortages.

Component shortages have continued into this year and it is not possible to say when they will end, Nintendo President Shuntaro Fukurawa told a news conference.

Demand for the Switch in its sixth year on the market has been boosted by the November launch of a model with an OLED screen, which sold 5.8 million units through March, but the upgraded device remains in short supply. 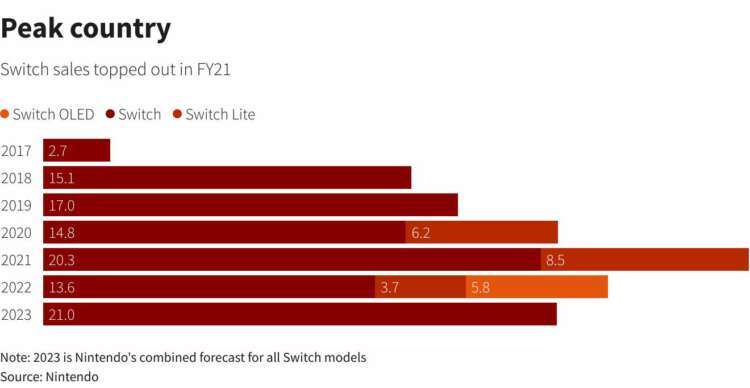 The Kyoto-based company’s stock split comes as a string of tech firms, including Amazon.com Inc and Google parent Alphabet Inc, have made similar moves in recent months.

Such splits are often seen as positive for the share price of companies as the lower cost makes them more accessible to some investors.

Nintendo’s shares are up 5% year to date and closed flat at 56,360 yen ahead of its earnings announcement.

The gaming firm sold 23.06 million Switch consoles in the year ended March. That compared with a forecast of 23 million it made in February.

Nintendo, which depends on in-house titles to drive games sales, expects to sell 210 million units of software this year, down from 235 million last year.

The company has a strong pipeline despite the delay of the sequel to “Legend of Zelda: Breath of the Wild” to spring 2023, with upcoming titles this year including “Splatoon 3”.